Powell’s virtual school to take students from all grade levels

In a change, a new virtual school being launched by Park County School District 1 will welcome students in all grades.

Powell’s virtual school to take students from all grade levels 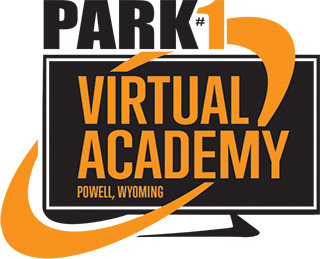 In a change, a new virtual school being launched by Park County School District 1 will welcome students in all grades.

District leaders initially planned to limit the virtual school to students from second through 12th grades, but they reversed course last week and decided to open enrollment to kindergartners and first-graders as well.

Superintendent Jay Curtis had initially recommended not offering online classes to the youngest students to encourage them to attend school in person — particularly because he felt it would be difficult to remotely teach reading. However, as Curtis learned more about the curriculum and the students the school may serve, his opinion was swayed. At its June 8 meeting, the board followed the superintendent’s lead and voted 6-1 to enroll kindergartners and first-graders. Trustee Don Hansen cast the dissenting vote, saying he wasn’t sure about providing the virtual option to younger students.

Board members and district leaders all agreed that in-person instruction remains the most effective method of education. However, they felt that excluding kindergartners and first-graders would not necessarily lead them to attend a brick-and-mortar elementary school in Powell.

Assistant Superintendent of Teaching and Learning Jason Sleep, who is leading the new virtual school, said he personally believes that “it’s always better to have students in front of us.”

“I don’t think any virtual program will ever substitute a face-to-face experience,” Sleep said.

However, “what we’re finding ... with our virtual students is either they will come to us or they’ll do it on their own,” he said.

For instance, Sleep said one parent relayed to the district that, if they couldn’t enroll both their first- and third-graders in Powell’s virtual school, they would instead place them both in Wyoming Connections Academy — an online school that operates out of Cody and is overseen by the Cowley school district.

That’s the kind of anecdote that persuaded Curtis. Despite continuing trepidation about offering virtual education to the younger students, “I also know how good we are,” he said of the Powell district’s staff. “I believe that we can do it better than elsewhere. … And if they’re going to go somewhere, I would rather them come here.”

For example, if more help is needed, Curtis said PCSD1 will have the option of sending out a teacher or can encourage a parent to enroll their student for in-person instruction.

By opening up the virtual school to all grades, “we can support the parent, so that they can support the first- and third-grader, and then we can monitor them as they go through,” Sleep said. Plus, he said it starts a relationship between the district and the students that could one day lead to them attending, say, Powell High School.

“I feel it’s going to be more inclusive and I’d rather serve some of the kids that [currently] aren’t served at all,” Sleep said

He added that the tools provided by Acellus include a sophisticated diagnostic tool to monitor students’ reading and writing skills — one of Curtis’ concerns — and he said the company’s curriculum has a good track record.

Trustee Hansen, however, was still unsure about offering the virtual option to kindergartners and first-graders. Hansen described himself as “really concerned” that teachers wouldn’t be able to monitor students’ learning as well as they can in a classroom. While saying he was willing to try out the virtual school for the other grades, “I don’t like experimenting with really young kids.”

Hansen added that, “I think it’s a good thing for those that can’t, but I would really like to get these kids in our buildings here and keep them here, from day one.”

Before voting no, Hansen moved to table the decision for a later meeting, saying he was “kind of on the fence.”

“I’d like to think about it for a night or two; I was out of town the whole weekend and just didn’t get a chance,” Hansen explained. However, the rest of the board felt comfortable moving forward and adding kindergarten and first grade.

If those students were excluded, Trustee Greg Borcher said he believed “we wouldn’t see [them] at all until second grade — and then you would probably be behind.”

“It’s not the best,” Borcher said of the virtual format, “but I think it’s better than to send them somewhere else …”

Including the two additional grades will not require any additional staff for PCSD1’s virtual school, Curtis said. He also noted that the district can make changes to the program at any time, including by limiting enrollment if needed.

As he explained the change to the board, Curtis said that “we will monitor the kindergarten, first-graders that come in — and obviously if I don’t feel like we’re serving them to the level that Park 1 desires to serve all of our students, then I will be coming back to you and asking for a revision.”

Enrollment for the virtual school is ongoing, with eight students signed up as of Monday. Sleep said the district plans to limit the enrollment to around 100 students in the initial year, “until we have a firm grasp on the programming and staffing demands.”