In 1919 Jay Curtis’ great-grandfather Jay Bob White quickly exited a train and swam the Wind River in order to get to a plot of land where his home would stand for generations. 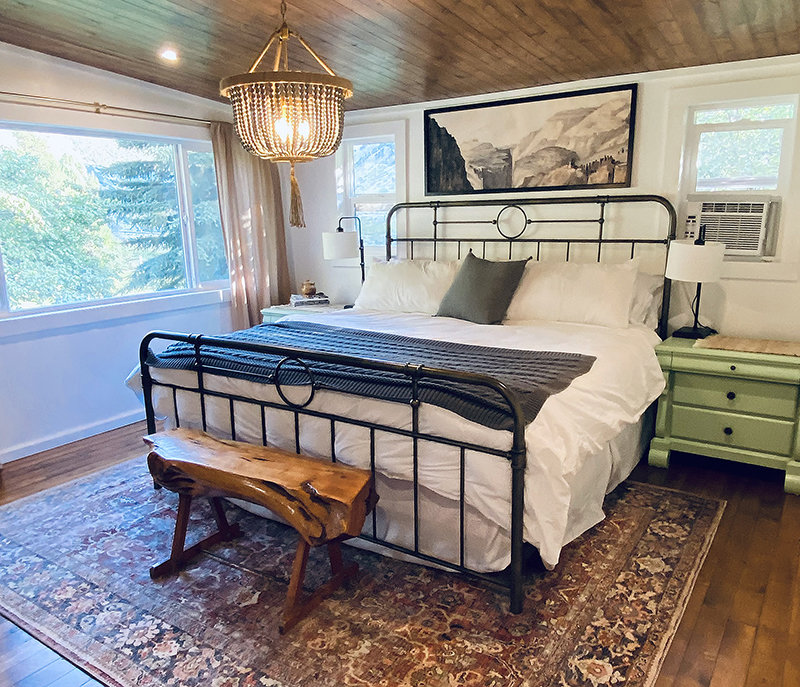 One of the bedrooms in the house has recently been remodeled with a new ceiling and refinished original hardwood floors. Finishing and painting as well as decorations were done by Erin Curtis who holds a degree in interior design. The support beam in the upper left of the photo is an early example of a suspension system widely used at the Seattle-Tacoma International Airport. This system uses a smaller beam along the ceiling that’s bolstered by a steel wire.
Courtesy photo 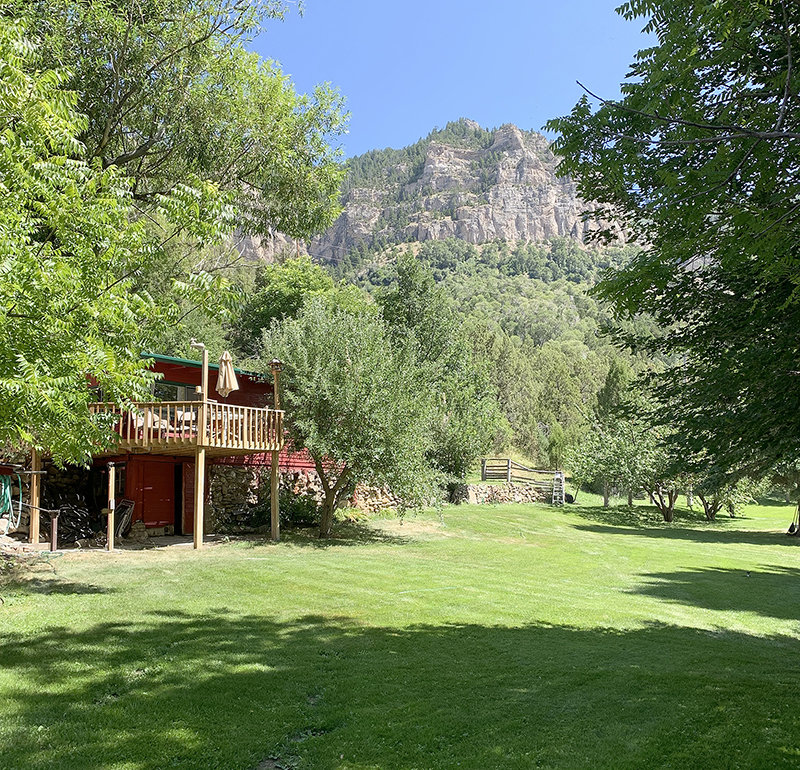 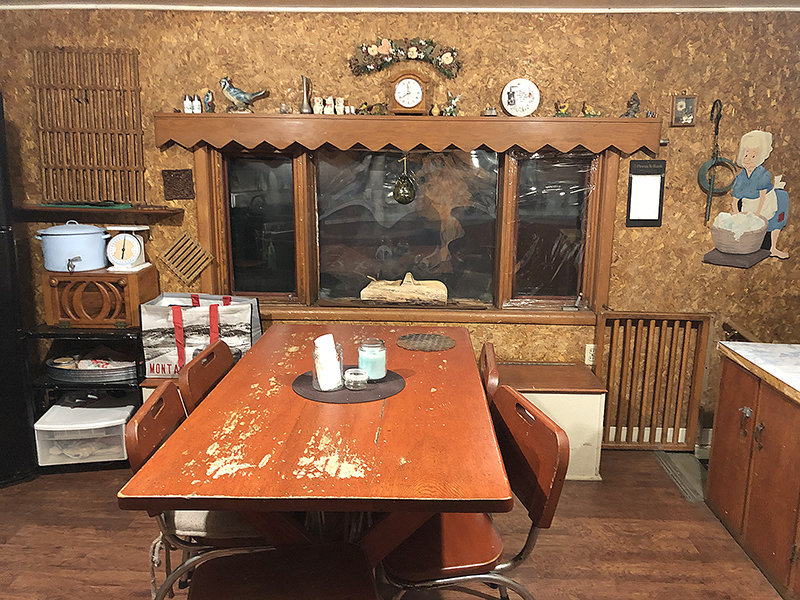 The dining room in the homestead before it was renovated by Jay Curtis and his family upon purchasing the home in 2018.
Courtesy photo
Previous Next
Posted Friday, April 29, 2022 8:20 am
By Braden Schiller

In 1919 Jay Curtis’ great-grandfather Jay Bob White quickly exited a train and swam the Wind River in order to get to a plot of land where his home would stand for generations.

Not only is this Jay Curtis’ family homestead, but it is also the first homestead in the Wind River Canyon. Jay’s grandmother lived 91 years of her 95- year life at the home.

“She was born out there, she was raised out there, she left for only a few years, married my grandfather, and then they moved back to that canyon where she lived until she was 94,” Jay said.

During this lengthy period Jay’s grandfather added a living room to the original shop, a bedroom, bathroom and later on, two more bedrooms. After the grandfather’s death, the home went through a number of hands before being purchased by Jay and his wife, Erin Curtis.

Jay and Erin officially purchased the home in 2018 from distant family members that they simply refer to as “the girls.”

The couple  then had to go through a three-year leasing process that involved revisions in order to even be able to get the home appraised for purchase. Significant work had to be done on the home, including putting in a new deck and replacing rock walls. Since officially purchasing the home, the couple has been working every weekend to prepare the property for their retirement and for future generations. In the meantime, they plan on renting the finished home out as a VRBO to anglers eager to fish the Wind River Canyon.

Jay and Erin have done all of the renovations themselves, including painting, refinishing the original flooring, electrical, plumbing and replacing roofing and ceilings. They have not hired out for a single thing, although Jay admits he will hire a contractor to install the septic system.

“I do feel like I’m following in both my grandfather and my great-grandfather’s footsteps and working that property with my own hands,” Jay said. “But second to that, I can make a dollar stretch a lot further when I’m doing the work myself than if I’m paying someone else to do it.”

The two have made sure to involve their children, Colton, Gracen and Devon in the renovation process to truly keep the 100-year evolution of the property generational.

“Me and my siblings have been helping my parents fix the place up since I was in high school,” Devon said. “We have built decks, weeded gardens, ripped out bathrooms, and pretty much helped my parents with every big project we have done because it really is a family property, and they really wanted us to be involved in fixing it up because it will be our responsibility someday too.”

Both White and Jay’s  grandfather left their mark on the property with additions and arches built with their own two hands. They learned what they didn’t know to build the home up and improvised if they were unable to get certain supplies or equipment.

To build the property, White relied heavily on rocks in the area.  Jay said there was an “abundant supply of free rocks.”

The rocks that couldn’t be moved were reportedly the size of Volkswagen Beetles.  Since White didn’t have the equipment to break them apart, he buried them by propping them on wooden poles and digging holes underneath them. According to Jay’s grandmother, one rock in the driveway was simply buried in that spot.

Jay has discovered that this do-it-yourself approach led to some interesting building techniques.

“My grandfather is one of the most capable men I’ve ever known in my lifetime, but when he first moved out there there were a lot of things he did not know how to do,” Jay said. “So I opened up the walls and found headers that were not supported. He knew that there needed to be a header above a window, but he didn’t support it.”

Still, some of the other improvisations were ahead of their time. Jay almost replaced small support beams in the bedroom that were bolstered with wire but decided to leave them after talking to an engineer friend.

“He showed his structural guys and sent me a message later that said, ‘You’re never going to believe this, but your grandfather was way ahead of his time,’” Curtis remembered. “He said, ‘That concept is used all over the SeaTac Airport in Seattle.’”

Jay has many memories of the 100-year-old property, and it’s hard for him not to get emotional when he recalls the people in his life who built the home and the legacy they have left in every hand-built piece.

“The memories are way too many to even list. That property to me is just a memory of my grandparents. It’s their legacy,” Jay said. “It was like a family gathering place, you know, open to all strangers or family. If you stopped in, my grandparents would welcome you in as family. And so it’s important to us to carry on that legacy in that place.”