A Powell man who led police on a foot chase mid-July is now facing charges that allege he led a deputy on a higher speed pursuit less than two weeks later. 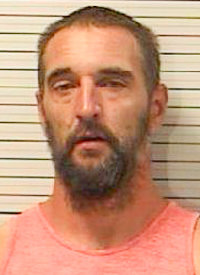 A Powell man who led police on a foot chase mid-July is now facing charges that allege he led a deputy on a higher speed pursuit less than two weeks later.

However, at an appearance in Circuit Court on Friday, he vehemently denied being the driver of the vehicle in question.

“I haven’t driven anywhere and I have not been pulled over. I haven’t violated anything,” Middleton said, pleading not guilty to the charges. He added later that, “I swear on my life I have not went anywhere and done anything. I don’t want to have my bond revoked, you know?”

At the time of the pursuit, Middleton was awaiting trial in connection with a July 16 incident, in which he allegedly fought with a bartender at the Red Zone Sports Bar and Grill before running away from responding police officers. Bystanders reportedly cheered officers on as they pursued Middleton through downtown Powell and apprehended him behind the Rest Awhile Cafe.

He’d been out on a $500 bond for roughly a week when Park County Sheriff’s Deputy Allen Cooper spotted a Ford Crown Victoria speeding down Lane 9. Shortly before 8:30 p.m. on July 26, Cooper clocked the white sedan going 56 miles per hour in the 45 mph zone.

The deputy turned around and attempted to catch up to the vehicle, but the Crown Vic — which appeared to be a former police car — kept ahead of him. At one point, “I was traveling over 90 miles per hour and the white Ford was pulling away from me handily,” Cooper wrote in an affidavit.

Cooper eventually lost sight of the vehicle. At the intersection of Lane 9 and Road 1, the deputy said he came upon two cowboys in a pickup truck and asked them about the white car. They told Cooper the vehicle was on Road 1, and he ultimately found it parked in a driveway in the 100 block of Lane 10H; he also found it was registered to a Billings resident.

In his affidavit, Cooper said he spoke to a woman at the Lane 10H property who said the Crown Vic was Middleton’s. She also reportedly said that Middleton had just pulled up in the vehicle before quickly leaving with his brother; according to the affidavit, she indicated that Middleton was one of the cowboys Cooper had spoken with. Eventually, the deputy learned that Middleton had traveled to the Powell Police Department for a bond check-in.

During Friday’s hearing in Circuit Court, Deputy Park County Attorney Larry Eichele asked that Middleton’s bond be set at a combined total of $7,000.

“The allegation of the evading is of particular concern to the state,” Eichele said.

For his part, Middleton said he “had no idea what was going on” when the officers took him into custody last week, thinking it was some kind of mistake. Middleton repeatedly said he was not the driver of the Crown Vic and that he’d been faithfully checking in at the Powell Police Department twice a day. That requirement to check in stems from a case pending in Greybull Municipal Court, one that Powell police have said is tied to a separate bar fight.

In asking to be released on bond again, Middleton said he’d only been traveling to and from work.

“I promise on my life I have not driven any vehicles. I haven’t. I don’t even have any vehicles,” he said. “Everywhere that I go, I go with my brother.”

“All of a sudden you have gone somewhere,” Judge Bruce Waters interjected. He went with the prosecution’s recommendation of a total bond of $7,000. However, Middleton was freed later in the day, after a family member posted the sum on his behalf.