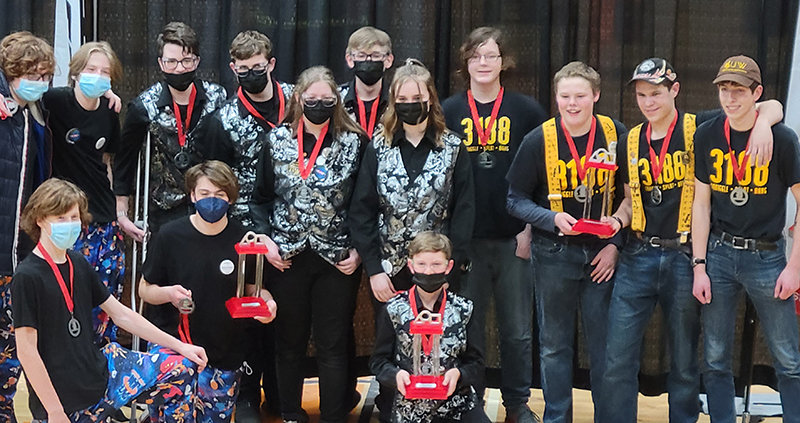 Members of team Squiggle Splat Bang pose with their trophy after wining Idaho State Robotics. The team (from left in 3188 shirts) is made up of Jacob Harms, Isaac Stensing, David Polson and Daniel Merritt.
Courtesy photo 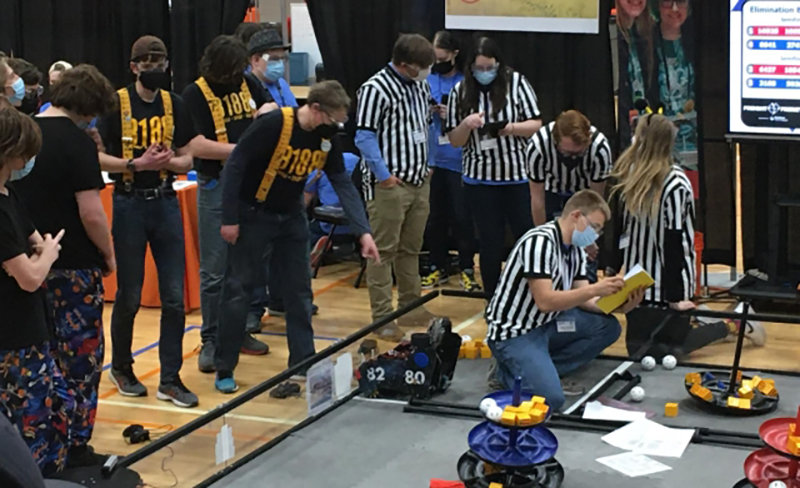 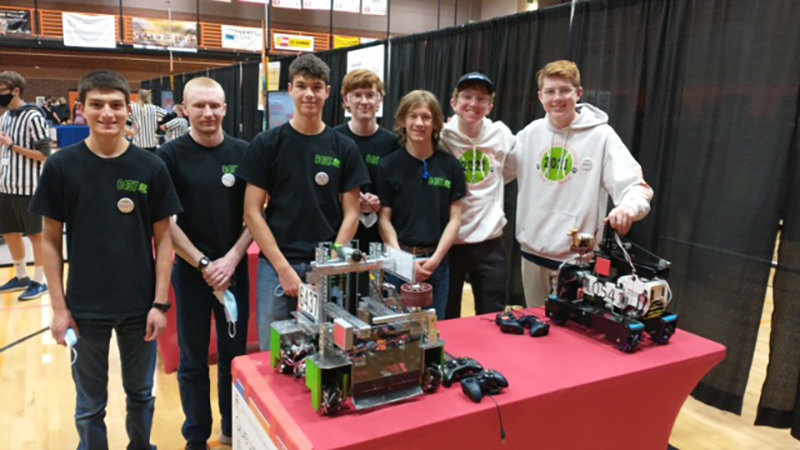 Powell High School Robotics won Idaho State competition Friday, March 4 and Saturday March 5 and secured a place for team Squiggle Splat Bang at the FTC World Championship. It was the third PHS team to earn a trip to Worlds in Texas.

The Idaho event was PHS Robotics’ last competition before Worlds and their last chance to qualify another team. At the Wyoming state competition in Casper, PHS qualified two of their teams, the Mad Hatters and Rapid Unscheduled Disassembly, for Worlds.

PHS Robotics traveled to Idaho because they believed they could win another ticket to Worlds, after taking the only two slots available in Wyoming.

“We knew that the Idaho State Championships were far more competitive than the Wyoming State Championships,” said senior Daniel Merritt of Squiggle Splat Bang. “So we knew it was gonna be a bigger battle to win but we knew we just had to be consistent.”

In addition to earning another ticket to Worlds, PHS went on to win several awards at Idaho State. The Mad Hatters took first place for the Design Award, the RoboPanthers won third place in the Motivate Award, Radioactive claimed third place for the Control Award and 3188 (Squiggle Splat Bang) was the Winning Alliance Captain.

“I thought it was really fun because the atmosphere was really happy to walk around and look at other teams’ robots and how it all worked. We’ve learned a lot through this,” freshman member of Squiggle Splat Bang Isaac Stensing said.

PHS Robotics is holding a raffle to fund their trip to the FTC World Championship, which will be held in Houston April 20-23. Raffle items include $500 in cash, $350 worth of steaks and honey, one ton of small bale alfalfa hay and a wooden picnic table made by the PHS woods class.