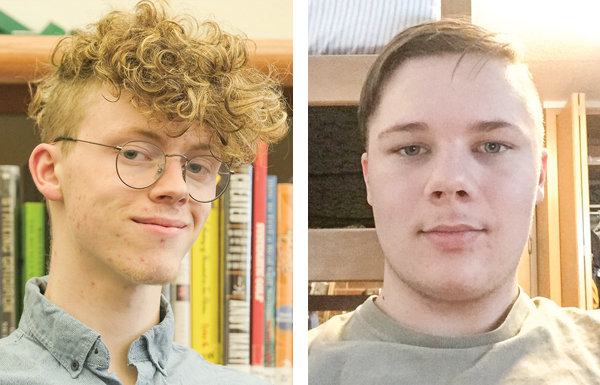 Two Cody students — Hayley Pearson-Horner, 16, and Shaylyn Whitlock, 14 — won third place and an honorable mention, respectively, to round out a strong showing for Park County.

The University of Wyoming competition required contestants to write about what they believed an ideal future in the state would look like. The contest was open for two months in the fall semester to Wyoming students under 20 years of age. The essays were evaluated by four independent judges.

Cearlock received $700 for his grand prize, which he joked “is 14 weeks of food or half a textbook.”

Cearlock’s vision focused on space mining — including a propulsion lab for space research at UW — and the increased prominence of nuclear energy.

“I have been entering into probably half-a-dozen different essay contests over the last few years just trying to find any ways for scholarships ... Most of them, I’ve gotten nothing, because they’ve been big ones,” Cearlock said.

Condie, who is a history major at the University of Wyoming, focused on what Wyoming’s culture is and what it could be and also envisioned a Wyoming with nuclear energy and skyscrapers.

“As a student of history I often look into what makes civilizations succeed and what makes them fail,” Condie said.

The general message focused on Wyoming’s strengths and weaknesses and how it could improve for 2030.

To view all the winning essays, visit wyoming2030.org/youth-voice. A print anthology will also be available.