Powell Golf Club held its annual club championships over the weekend, with dozens of golfers competing in different divisions.

West Hernandez won his second straight championship in a playoff, …

Mike Bohlman (at left) rolls in a birdie putt on the first playoff hole (hole No. 10) to win the senior division of the Powell Golf Club’s Club Championship on Sunday, as runner-up Jason Quigley (at right) looks on. Bohlman (75-78) and Quigley (72-81) each had two-day totals of 153 to set up the playoff. The men’s title also came down to a playoff, with West Hernandez pulling out a victory.
Tribune photo by Toby Bonner 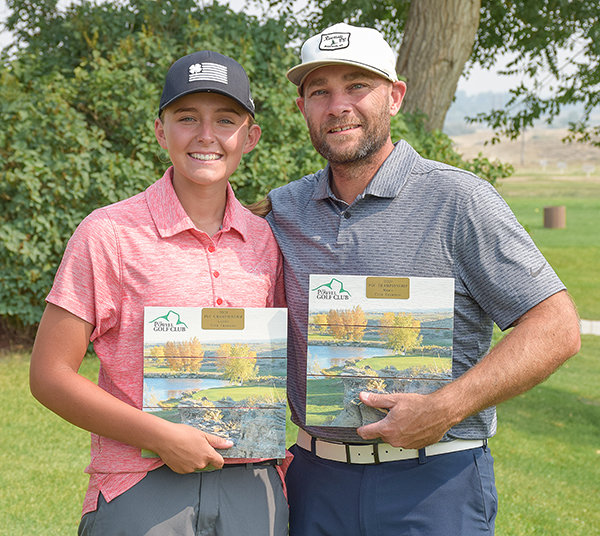 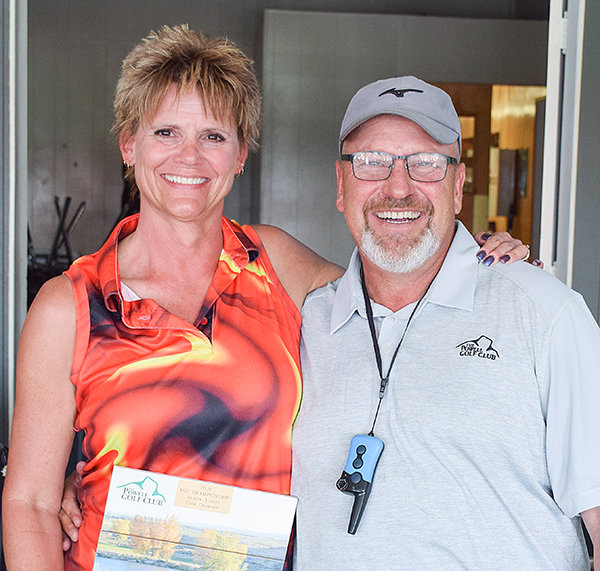 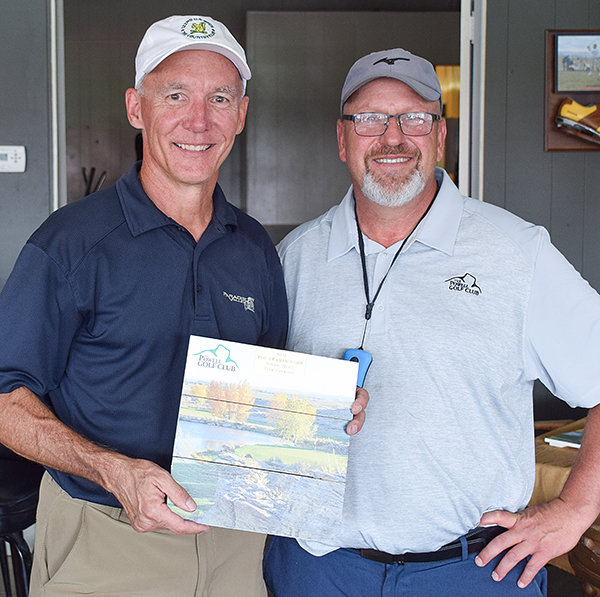 Powell Golf Club held its annual club championships over the weekend, with dozens of golfers competing in different divisions.

West Hernandez won his second straight championship in a playoff, besting Ryan Tobin. Hernandez — who fired a 71 on Saturday and a 77 on Sunday — two-putted for a birdie on hole 10 to win in a playoff.

Tobin (74-74) had a short putt on the final hole of Sunday’s second round that would have won him the tournament, but he couldn’t convert, forcing the playoff.

Mike Bohlman won the men’s senior division, shooting rounds of 75 and 78 for a total of 153. He defeated Jason Quigley (72-81) in a playoff to win the crown.

Shooting a 188, Teresa Eicher was the ladies’ senior champion. Her opening round of 80 on Saturday allowed her to finish three strokes ahead of Laurie Lee (83-88).

This week, Powell Golf Club will look to win the Big Horn Basin Interclub Championship for the third year in a row, with 16 golfers representing the club. Powell enters the weekend holding a 15-point lead from its matches earlier this year.