Two meets in one week had the Panther cross country teams competing on Thursday in Worland, with the Powell girls’ team placing second and the boys placing seventh.

Leading the way for the … 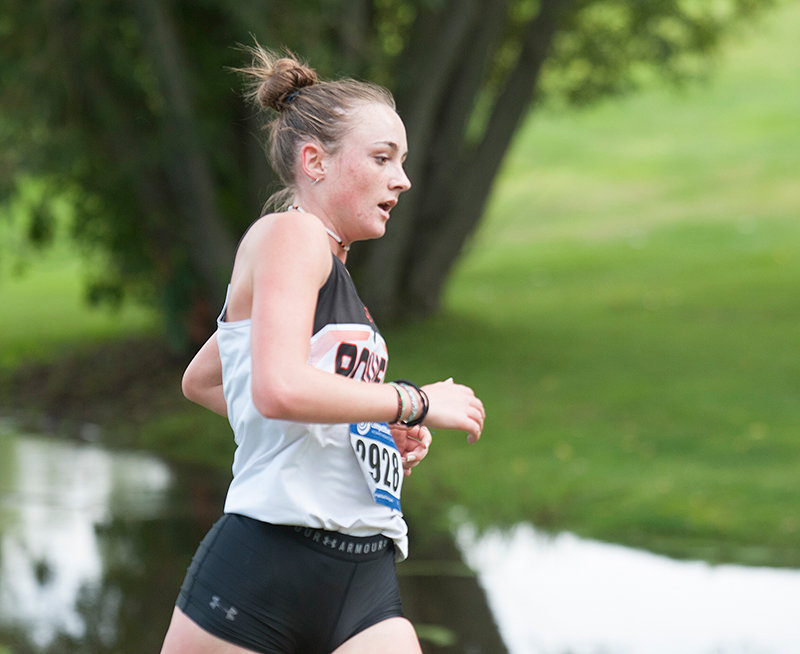 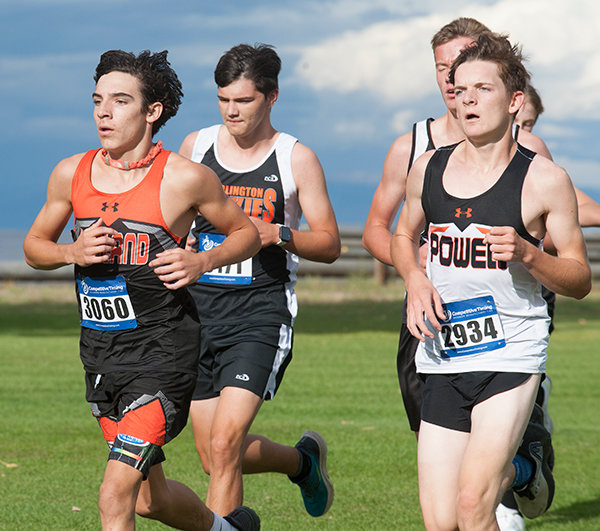 Justin Hobbs battles against the competition at the Warrior Invite on Thursday in Worland.
Photo courtesy Alex Kuhn, Northern Wyoming News
Previous Next
Posted Tuesday, September 27, 2022 8:10 am
By Seth Romsa

Two meets in one week had the Panther cross country teams competing on Thursday in Worland, with the Powell girls’ team placing second and the boys placing seventh.

Leading the way for the Panthers again was Kinley Cooley, who broke the 20 minute mark and finished in a time of 19:58.83 to take third.

That time vaulted Cooley from seventh all time to second on the Powell High School cross country list — only behind Amana Grauberger’s time of 19:55 set in 2004.

“It had been a goal of Kinley’s to break the 20 minute mark, so we were very excited for her and look for her to continue to improve upon that time,” coach Ashley Hildebrand said.

Kenna Jacobsen was second across for Powell, finishing in a personal best time of 20:52.09 to finish eighth overall.

Hildebrand said she was excited to see those four runners so close together, and help give the Panthers six of the top 20 runners at the Warrior Invite.

The last varsity runner across for Powell was Audrey Johnson (22:22.31) who finished in 23rd place.

“Audrey has improved her time every single time she has raced this season, and I think she can get down into the 21’s by the end of the season,” Hildebrand said.

Leading the way for the boys was Daniel Merritt, who came in second with a time of 17:01.65.

“He ran a very nice race in some crazy wind that came up during the boys’ race,” Hildebrand said. “After dealing with a cold bug earlier in the season it is good to see Daniel feeling good and running strong again.”

“Coach [Tracy] McArthur and I are really proud of all our runners and how much they have improved over the course of the season,” Hildebrand said. “It is very rewarding for us to watch their excitement as their hard work in practice pays off with a season or personal best time.”

The Panther cross country team will make a short trip this week, heading to Cody on Thursday to take part in the Foxes and Hounds Invitational at Olive Glenn Golf Course.

That meet is scheduled for 4 p.m. and 4:40 p.m. starts with the girls racing first and then the boys.