Americans will be learning (hopefully) that either our current president has been re-elected or that we have a newly elected president. … 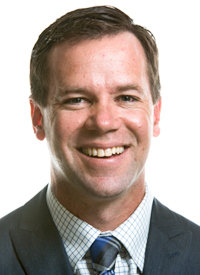 Americans will be learning (hopefully) that either our current president has been re-elected or that we have a newly elected president. Nearly half of the American people will be celebrating and the other half will be mourning.

Granted, election outcomes are important, but are we sure we have a proper perspective on politics these days? Are we still capable of reason? If “our” political hopeful wins (whoever that may be), will we be able to tolerate anyone criticizing even one of his policy decisions? If the answer is no, chances are we will be guilty of trying to deify him.

No matter how many promises they make to us, politicians never will be able to solve all our problems. That is not the purpose of government.

We need to remember that politicians are not gods. So, when someone is critical of their policies, it is not sacrilege; it is not blasphemy. We should stop behaving like it is.

When they make excuses for bad policy decisions, ideologues feed into the practice of idolizing politicians. They seem to believe that admitting mistakes threatens their own power. Actually, admitting mistakes is a sign of confidence and strength. Denying real mistakes indicates either a lack of awareness or fear.

And if the “other” person wins (whoever that may be), will we be capable of complimenting even one good thing he will do? If the answer is no, then we will have successfully demonized him in our mind. No one can hope for the success of a demon. We would rather such a person fail than succeed, even if his failure means the death of us all.

This is no exaggeration. Looking back over a couple of decades, I have seen U.S. reporters almost bursting with joy at the news that American soldiers were killed overseas. I’ve heard others happily report news of a U.S. economic downturn. Why? Because such bad news had negative implications for whichever administration happened to be at the helm.

The “demon” that had been created in the minds of ideologues was losing, and many Americans liked that he was losing, even though he was steering our ship.

Politicians from across the ideological spectrum all have one thing in common — they all have a human mother and human father. We degrade human dignity when we put divine expectations on politicians and also when we demonize them.

Whatever reality we wake up to Wednesday, Nov. 4, we will still have families to feed, afflictions to endure, wounds that need healing. Good days and difficult days will follow. I hope we will be able to turn off the 24-hour news long enough to see our wonderful Wyoming communities and the beautiful people who live in them. I pray we can be worthy neighbors to one another because our true circle of influence consists of our friends and families and neighbors.

So, whether we find ourselves celebrating or mourning on Nov. 4, I believe we should lean into it. For a day or two, we should celebrate heartily or mourn — even to the point of tears. But then, let’s get back to the business of becoming good neighbors and citizens. Let’s  live in a way that honors the sacrifices of so many who have come before us.

Freedom is ours. May we have the courage to live in freedom, responsibly.

(Mike Leman works for the Diocese of Cheyenne in the Office of Catholic Social Teaching and Legislative Liaison. He is based in Cheyenne.)