Pioneers walk off against Riverton

After leading for the majority of the game, the Powell Pioneers entered the bottom of the seventh at a disadvantage.

In game one of Tuesday’s doubleheader against Riverton, Powell …

Pioneers walk off against Riverton 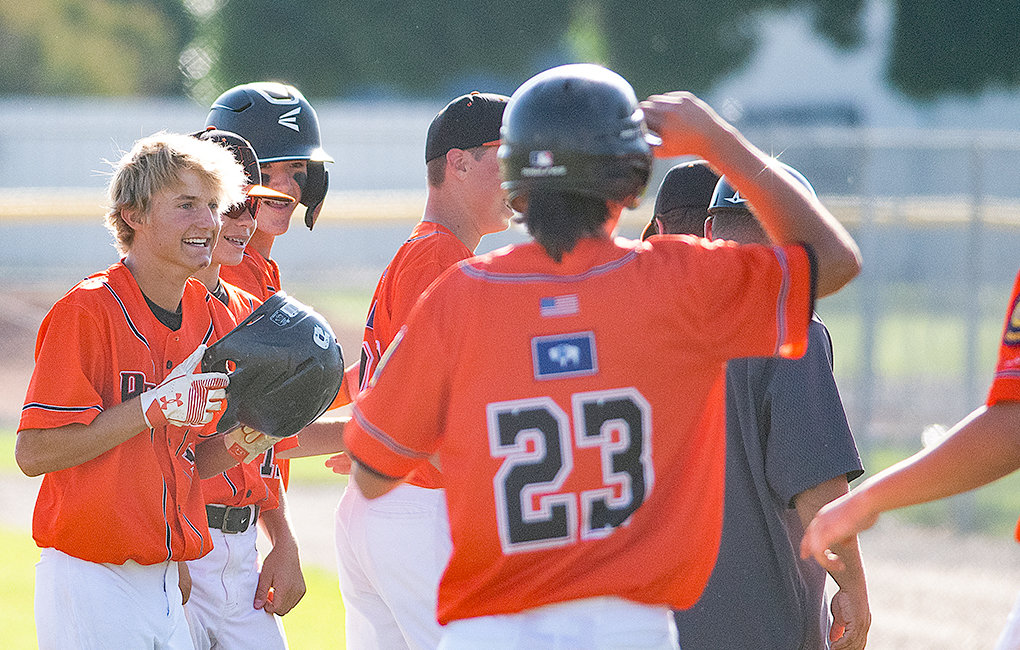 Keaton Rowton celebrates with his team after hitting a walk-off single on Tuesday. The hit clinched the Pioneers’ eighth win of the season.
Tribune photo by Carson Field 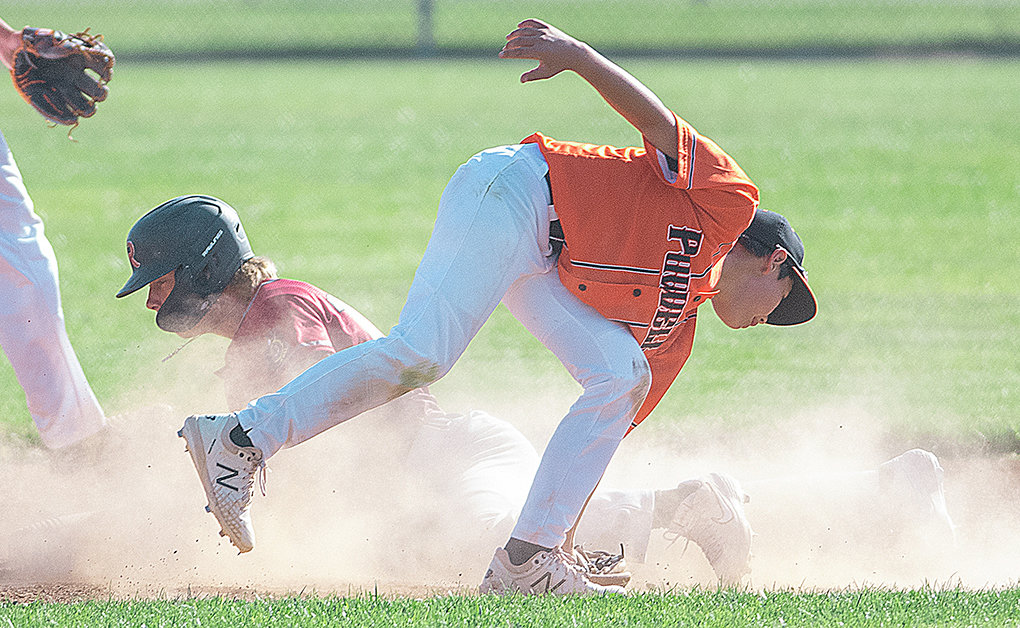 Ethan Welch attempts to tag out a runner stealing from second during a Tuesday home game against Riverton. The Pioneers split the doubleheader.
Tribune photo by Carson Field
Previous Next
Posted Thursday, July 9, 2020 8:20 am
By Carson Field

After leading for the majority of the game, the Powell Pioneers entered the bottom of the seventh at a disadvantage.

In game one of Tuesday’s doubleheader against Riverton, Powell surrendered three runs in the top of the seventh, giving the visitors a 4-3 lead. It was up to the Pioneer offense to wake up and produce a spark — and it did.

Rowton found a pitch in the zone with an 0-2 count and lofted it to right-center field. Off the bat, it looked like a routine pop-up.

“I didn’t think it was dropping at all,” Rowton said. “I thought it was going to be an out, so I was disappointed at first.”

But as Rowton approached first base, he realized that the ball was headed to the perfect spot, equidistant from the right fielder and center fielder.

The hit fell in, and Powell clinched its second win in a row.

“I didn’t think it had a chance, so it was pretty exciting,” Rowton said. “I was happy but surprised.”

While Rowton was the hero, head coach Joe Cates knows that the Pioneers wouldn’t have been in that situation if not for quality plate appearances earlier in the inning.

“They came out, and our at-bats were very good,” Cates said. “We had good plate appearances and we swung the bat.”

After a brief intermission, Powell picked up right where it left off at the plate. An early start to game two fueled an offensive charge, allowing the Pioneers to enter the final frame leading 14-11.

But things unraveled in the seventh.

The Pioneers gave up 11 runs with three different pitchers on the hill. Riverton nearly batted through its entire lineup twice that inning.

When Powell finally recorded the third out, it had no offensive answer. A 1-2-3 inning sealed a 24-14 Riverton victory and a split of the doubleheader.

“We don’t have that killer instinct yet to put a game away,” Cates said. “We’re still young, maybe.”

Now sitting at 8-11 overall, the Pioneers will play five contests in the next week. With a long stretch ahead, Cates wants his team to move past the rough finish to game two.

“You just try to teach them to let it go,” Cates said. “I’ve told them 100 times that physical errors are going to happen; it’s never going to be the last one. It’s just how they respond.

“As we win more games, I think that killer instinct will come,” he said.

The Powell Pioneers B team earned two double-digit wins in a Monday doubleheader against Cody Cubs B 17U.

With 13 runs through four innings, Powell put the visiting Cubs in a deep hole early. The Pioneers logged 10 hits and drew four walks while only striking out once

In game two, Powell resumed its offensive prowess and took advantage of the Cubs’ miscues. The Pioneers scored 13 runs off of seven hits and four Cody errors. Three of those came in the fifth inning, when the Pioneers took a 10-run lead, clinching a 13-3 victory in mercy-rule fashion.

The B team next takes the field on Thursday evening, when it plays a doubleheader against the 406 Flyers 15U in Billings.