In a year of mostly highs for Powell Pioneers Legion Baseball, Thursday marked the low point.

Powell dropped back-to-back contests to the Cody Cubs on senior night, losing 14-2 and 10-4, … 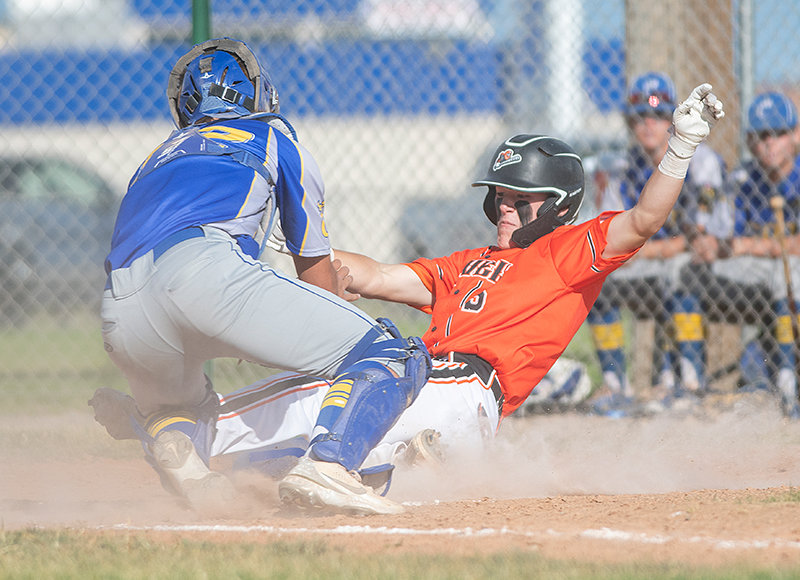 Pioneer Jhett Schwann slides into home plate during Thursday’s action against Cody. Poor pitching and defense spelled a sweep for the Powell squad, which will be looking for revenge in a rematch in Cody today (Tuesday).
Tribune photo by Carson Field 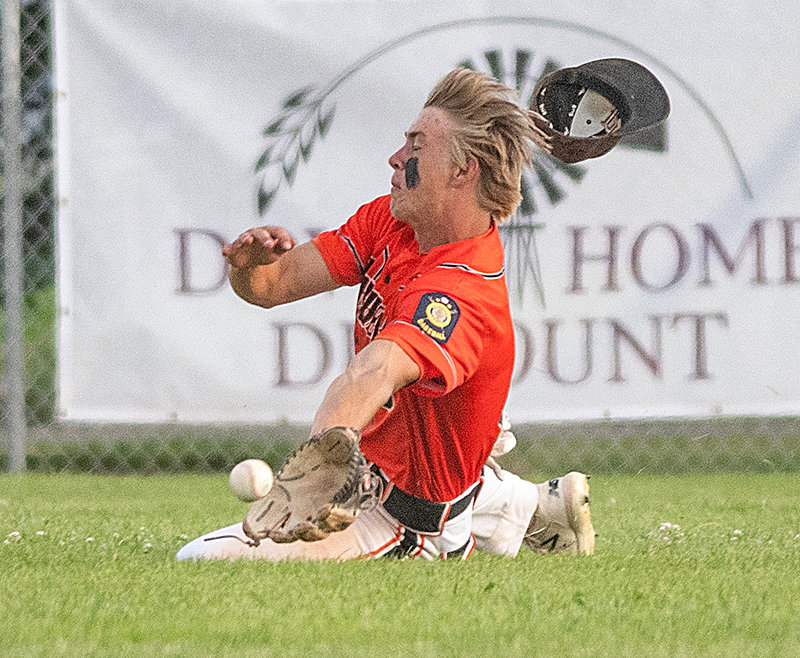 Kobe Ostermiller dives for a ball during a Thursday game against Cody. The Pioneers were swept by the Cubs, but will look to bounce back this week.
Tribune photo by Carson Field
Previous Next
Posted Tuesday, July 6, 2021 8:10 am
By Carson Field

In a year of mostly highs for Powell Pioneers Legion Baseball, Thursday marked the low point.

Powell dropped back-to-back contests to the Cody Cubs on senior night, losing 14-2 and 10-4, respectively. After the losses, the Pioneers are 25-7 on the season.

For seniors Kobe Ostermiller, Landon Sessions, Mason Marchant and Ashton Brewer, it was a bitter way to end their careers playing under the lights at the south Powell ballpark.

“Our intensity was just terrible in both games, and I think that led to why we played so bad tonight,” manager Joe Cates said.

None of Powell’s arms had their best stuff in the losses. In game one alone, the Pioneers hit five batters and walked four.

But that wasn’t the only factor in Cody’s offensive onslaught: Powell’s defense struggled, committing five errors in the first game, while Cody’s offense took advantage with timely hitting.

“It’s definitely something that eats at you,” Cates said. “The mentality was trying to figure out what was working and stay in the game, but [in] both of those games we gave up too many free bases, and we were not doing what we need to do.”

While the Cubs put together several extra-base hits — including a home run in the third inning of the second game — Cates attributed much of their success to Powell’s own lapses.

“I don’t know if they were hard to contain or not,” he said. “I wasn’t that impressed with how well they swung the bat. Game one, we gave up 14 free bases — that’s the difference.”

Kolt Flores picked up the loss in game one, while Brock Johnson earned his first loss of the season in game two.

Offensively, the Pioneers never had life until it was too late. They scored two runs in the late innings to slightly close the gap, and they put up four consecutive runs to cut into Cody’s 9-0 lead in the second game. Ryan Cordes was Powell’s offensive standout, tallying three hits in game two.

But ultimately, the late-game sparks weren’t enough. Powell entered the doubleheader ranked No. 1 in the state, but the squad has now dropped three of its last four contests.

Before taking on Cody on the road this (Tuesday) evening, Cates said he hopes to see more quality at-bats, better communication and his pitchers pounding the zone.

“I hope they wake up and figure it out and get back to the team we were two, three, four weeks ago,” he said. “We were playing with confidence, having fun, and I don’t think they were ready [Thursday].”