Pioneers set for trip to state

The 2021 team is the most successful the Powell Pioneers Legion Baseball team has been in recent history.

They enter the Wyoming State Tournament as the No. 3 seed from the West District …

Pioneers set for trip to state 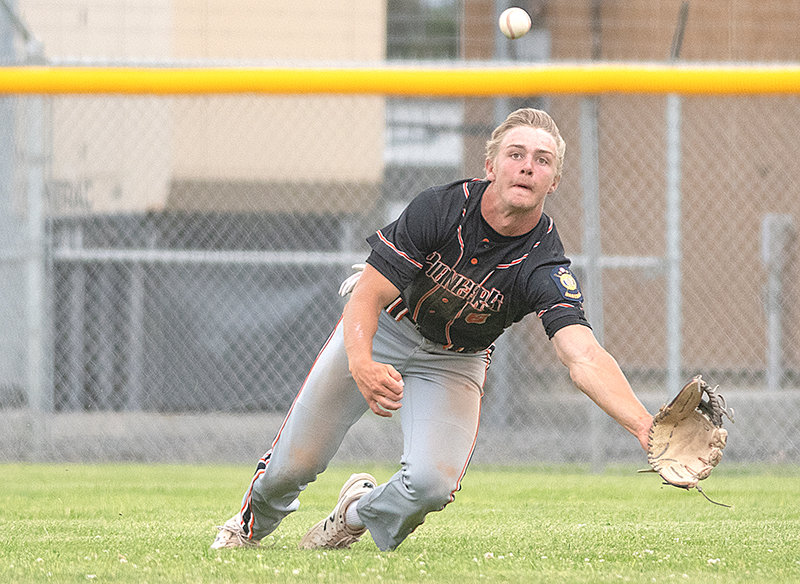 Outfielder Kobe Ostermiller dives for a ball in the Powell Pioneers’ doubleheader against Cody on July 2. Powell enters this week’s state tournament as the No. 3 seed from the West District.
Tribune photo by Carson Field 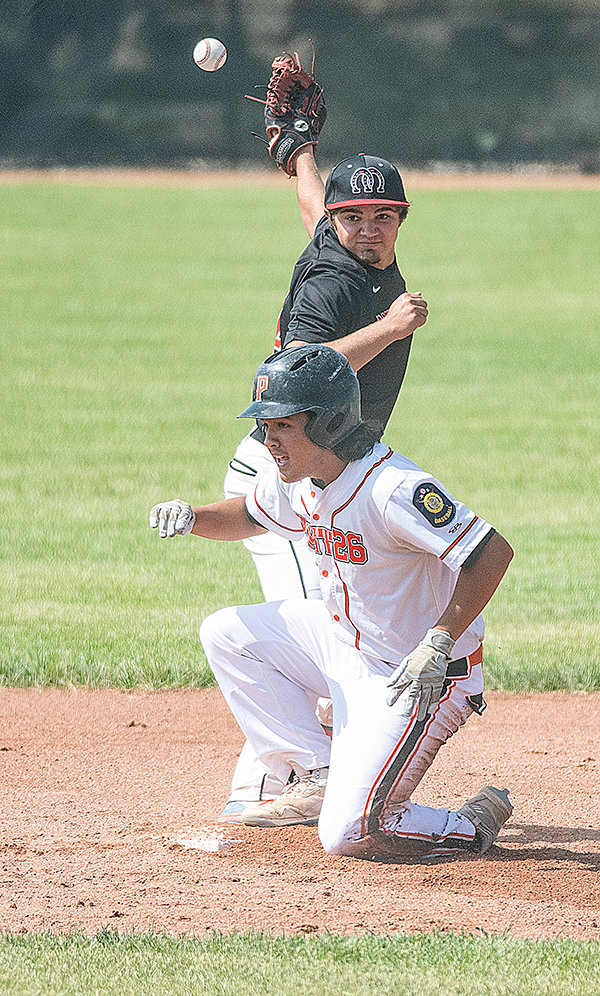 Kolt Flores slides safely into second base against the Lovell Mustangs on Sunday. Powell’s offense was strong for the majority of the district tournament, posting 46 runs in four games.
Tribune photo by Carson Field
Previous Next
Posted Thursday, July 22, 2021 8:10 am
By Carson Field

The 2021 team is the most successful the Powell Pioneers Legion Baseball team has been in recent history.

They enter the Wyoming State Tournament as the No. 3 seed from the West District with a 30-10 record. Most recently, they won three of four games at district — defeating Buffalo, Rawlins and Lovell — to seal their spot at state.

In addition to the team’s collective success, several individuals were honored Saturday for their outstanding seasons. Kobe Ostermiller, Brock Johnson and Trey Stenerson were named to the all-conference first team, while Jhett Schwahn, Cade Queen, Mason Marchant and Kolt Flores were named to the all-conference second team. Johnson also won West District Pitcher of the Year.

The Pioneers kick off state at 10 a.m. Saturday when they face Douglas, the East’s No. 2 team.

“I feel like we’re in a good spot,” manager Joe Cates said. “I feel like our kids are confident going in. I hope we stay even keel in our brains. If all goes well, I expect to stay for at least four, five days.”

Here’s a preview of the state tournament by the numbers:

46 — Powell’s offense rarely stalled at district, as the Pioneers crossed the plate 46 times in four games. They tallied double-digit runs in three of their four contests, with the loss to Green River being the only exception.

Friday’s 19-7 rout over Buffalo was the peak of Powell’s offensive success, with the team racking up 20 hits.

7 — Incoming sophomore Trey Stenerson has been swinging a hot bat in recent weeks, and he built on that success at district. Stenerson notched seven RBIs against Buffalo on Friday, which included an inside-the-park home run, a triple and a double.

He also led the Pioneers in RBIs in the win over Rawlins Saturday, recording three base knocks.

5 — After a dry spell to end the regular season, the Pioneers have seemingly found their groove again, winning five of their last six contests. Three of those came against a quality Lovell squad, which defeated them earlier in the year.

3 — In addition to consistent excellence at the plate this year, Powell has seen countless great outings from its pitching staff. The Pioneers have held opponents hitless three times this year.

Two of those no-hitters were individual: Brock Johnson on May 16 and Mason Marchant on July 17, while Landon Sessions and Ryan Cordes combined for a no-no in the Pioneers’ 10-1 win over Rawlins on June 25.

22 — Powell’s first opponent at state — Douglas — has won 22 games this year. Most recently, the Cats went 2-1 at the East District tourney to lock up the No. 2 seed in the conference.

Douglas has won games against notable opponents this year, including Wheatland, Green River and Torrington.