Pick up win over Douglas, lose to Cody

The Powell Pioneers Legion Baseball team had its back against the wall in game one of the Wyoming State Tournament on Saturday, but the squad pulled out a 5-3 victory in extra innings.

Pick up win over Douglas, lose to Cody 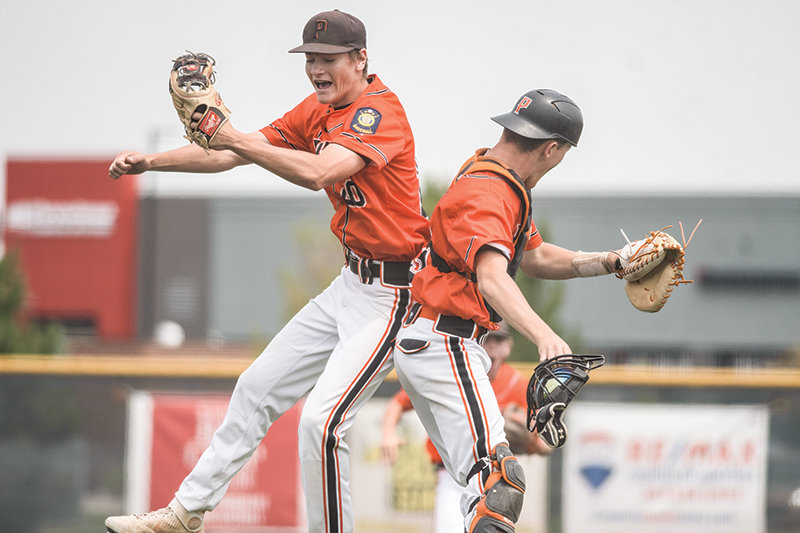 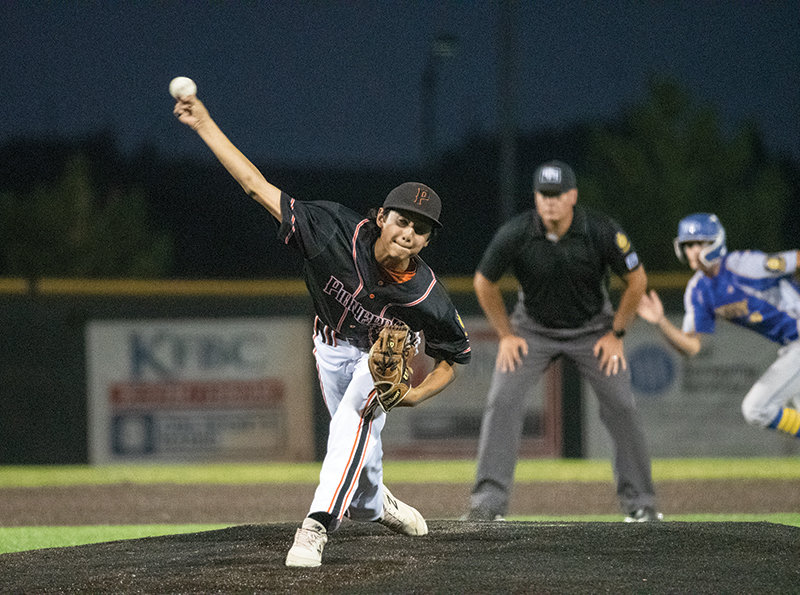 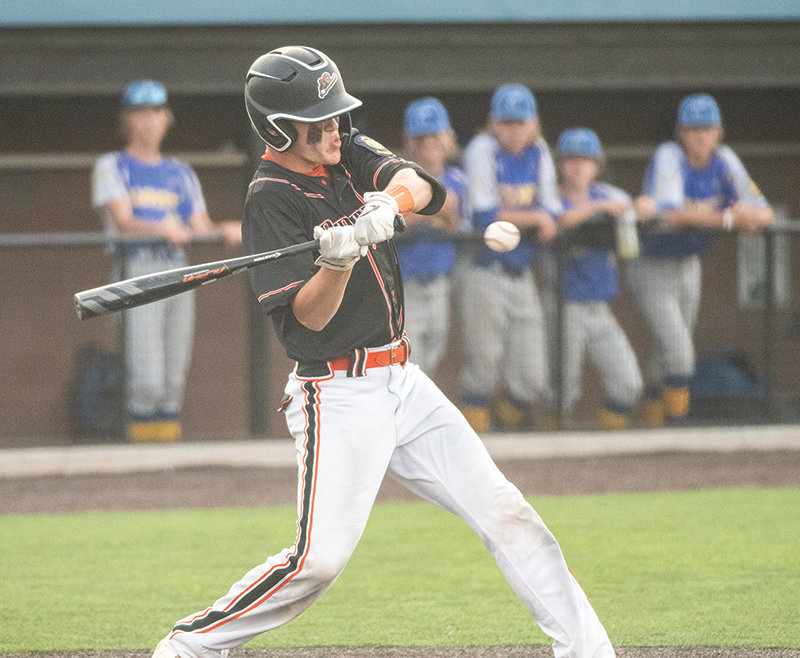 Jhett Schwahn hits a ball Sunday in a loss to the Cody Cubs. Powell faced elimination Monday in a game against Lovell.
Tribune photo by Carson Field
Previous Next
Posted Tuesday, July 27, 2021 8:20 am
By Carson Field

The Powell Pioneers Legion Baseball team had its back against the wall in game one of the Wyoming State Tournament on Saturday, but the squad pulled out a 5-3 victory in extra innings.

The Pioneers weren’t able to create the same magic on Sunday, however. They lost to Cody 19-0 then fell to Lovell 1-4 on Monday to end their season.

Douglas, the No. 2 seed from the East District, found an offensive groove at the right time — the bottom of the seventh. With the game tied 2-2, all Douglas needed was one run to walk it off.

The Cats got back-to-back base hits to put runners on the corners with one out. Then Powell manager Joe Cates intentionally walked Douglas’ Carson Selk to load the bases.

It was all up to Pioneers pitcher Brock Johnson and the guys behind him.

Powell got the second out on an infield pop fly. The next play, however, was a battle. Johnson and Jordan Bobrowski of Douglas went pitch for pitch until it was a full count.

The next pitch was it for the Pioneers — a ball would give Douglas the win; a strike would keep them alive.

“Just don’t walk him,” Johnson said of his mindset. “Throw one strike and get him out of there.”

Johnson did just that, sneaking a heater past Bobrowski, sending the game to extra innings and sparking energy from the Powell dugout.

“It was great,” Johnson said. “It was something else.”

The Pioneers responded in the top of the eighth with an RBI single from Trey Stenerson, plating Jhett Schwahn.

But the Cats weren’t done. Once again, Powell had its back against the wall, as Douglas scored and put runners on with one out.

Cates opted to relieve Johnson with Stenerson. The switch proved to be valuable, as Stenerson retired the side and kept it at 3-3.

“He’s been hot the last couple of weeks, so I knew he was going to do it,” Johnson said of Stenerson. “And it felt great that someone like that could back me up.”

The Pioneers rode on the momentum in the top of the ninth. Ashton Brewer belted a double to start the inning before Ryan Cordes reached on an error, moving Brewer to third.

Dillon Payne attempted to drive Brewer in on a squeeze but checked his swing, putting Brewer in a pickle. Luckily for the Pioneers, Douglas’ catcher overthrew the third baseman, allowing Brewer to score and Cordes to advance to third. The next play, Payne successfully bunted, scoring Cordes and making it 5-3 Pioneers.

Stenerson kept the Cats in check in the bottom of the frame, sealing Powell’s 5-3 win to open the tournament.

Runs were hard to come by early in the game, but the Pioneers plated runners at the right moments.

“It was about time!” Cates said. “We had a lot of situations where we had runners on and two outs and weren’t able to plate runs, so for us to get that done in the last few innings was good.”

Facing Cody on Sunday, the Pioneers fell to their cross-county rivals for the fifth time this season.

The Cubs put up a nine-spot in the first inning, putting Powell in an early hole. Pioneer arms Mason Marchant and Brewer wound up each giving up nine runs.

In an 18-0 hole, Cates had a chance to give two of his younger arms — Ethan Welch and Rayce DeGraffenreid — experience on the mound. The two did well, with Welch giving up just one run in more than two innings of work and DeGraffenreid notching a three-pitch strikeout to end the fifth inning.

“I like that they both came in with confidence,” Cates said. “They weren’t scared; they knew the situation. It was really nice to see that, knowing that I have two more arms that I can go to.”

“I think we tried to do too much at the plate,” Cates said. “Our swings got too big.”

Though it was the widest margin of defeat of the 2021 season, Cates said his team never gave up.

“Effort never faltered,” he said. “It was their night, they put the ball in play. I’m not disappointed in how we played.”

The Pioneers faced elimination in Monday evening's game against Lovell and came up short, 10-4. The Powell squad ended the year with a final record of 31-12.

Although it didn't end the way the team wanted, "the future looks bright and we can’t wait to see what’s in store for next year," said a post on the Pioneers Facebook page.