Pioneers crushed in doubleheader against Cody

Days after being swept by Cody, the  Powell Pioneers Legion Baseball team’s woes continued on Tuesday.

Powell once again lost back-to-back games against the Cubs, this time falling 10-1 …

Pioneers crushed in doubleheader against Cody 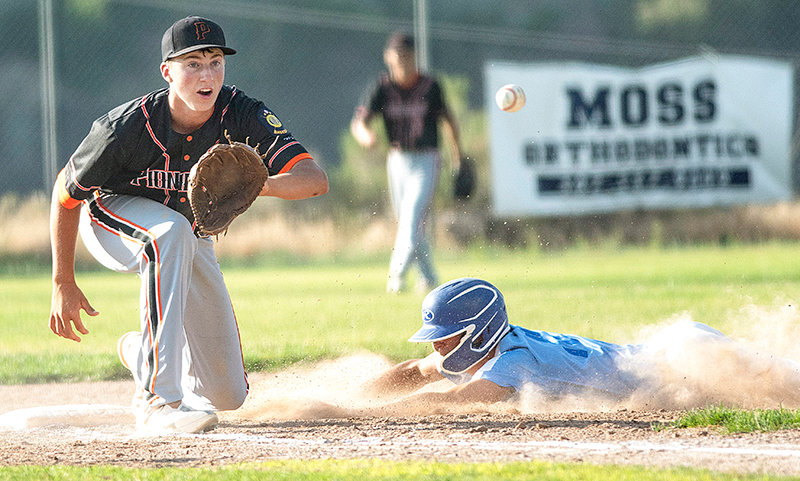 Pioneers third baseman Cade Queen attempts to tag a stealing runner out against Cody Tuesday. The Cubs again got the better of the Powell squad, sweeping the doubleheader at Mildward Simpson Field.
Tribune photo by Carson Field 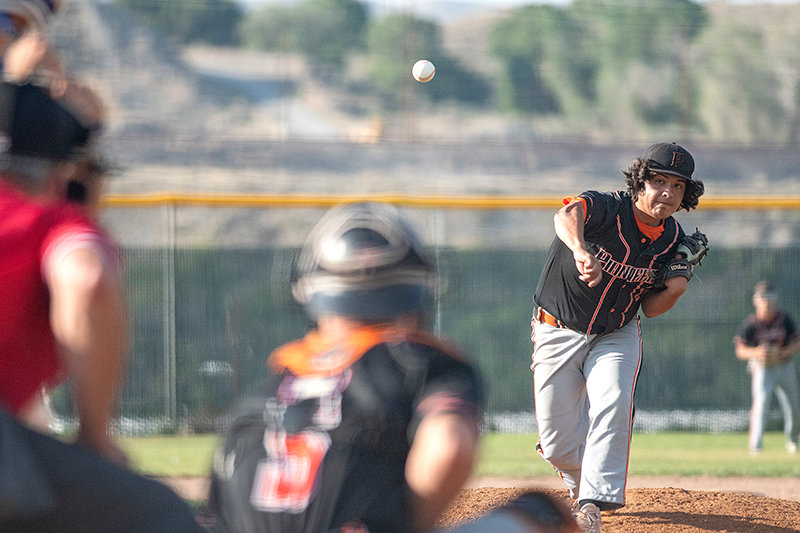 Kolt Flores throws a pitch in the first game of Tuesday’s doubleheader against the Cody Cubs. The Pioneers struggled defensively and on the mound Tuesday, allowing 27 runs in two games.
Tribune photo by Carson Field 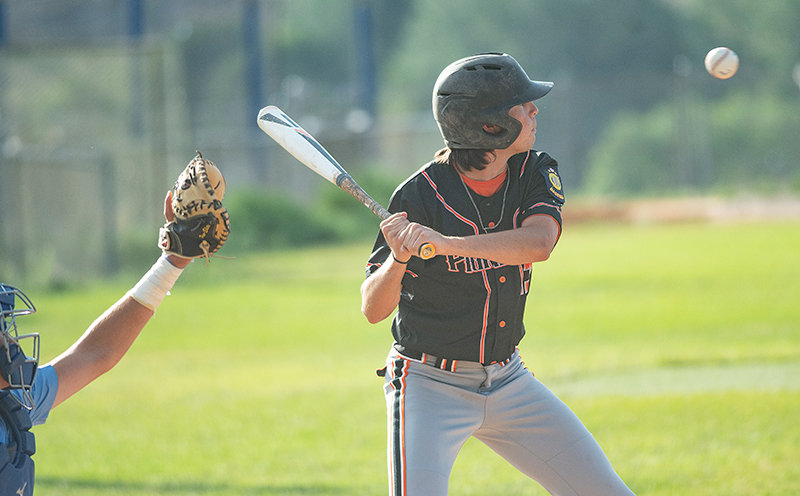 Landon Sessions watches a pitch Tuesday in the Pioneers’ doubleheader against Cody. Powell struggled at the plate in the losses, posting just one run.
Tribune photo by Carson Field
Previous Next
Posted Thursday, July 8, 2021 8:20 am
By Carson Field

Days after being swept by Cody, the  Powell Pioneers Legion Baseball team’s woes continued on Tuesday.

Powell once again lost back-to-back games against the Cubs, this time falling 10-1 and 17-0 on the road. The Pioneers are now 25-9 and have lost five of their last six contests.

In game one, pitcher Trey Stenerson’s outing began well, as he threw a scoreless first inning. This allowed his team to take a 1-0 lead in the top of the second.

But in the bottom of that frame, Powell’s defensive performance deteriorated.

Powell committed multiple errors in the second, leading to three Cody runs that inning. The Pioneers’ defensive trouble continued throughout the game and Powell finished with five errors.

As the performance in the field got worse, so did the pitching. Powell’s arms allowed 10 hits in game one, several of which went for extra bases.

“I think it was mental for most of it,” manager Joe Cates said. “It gets to the head, they start overthinking and don’t trust themselves.”

Stenerson earned the loss in the first game, throwing 2.2 innings.

The team’s struggles in the field and on the mound carried into the second game.

Cody crossed the plate five times in the first inning, setting the tone for the Cubs’ offensive explosion. They hit the ball with ease, tallying 13 base knocks and two home runs.

But it wasn’t just Cody’s prowess in the batter’s box: Powell committed eight errors in the field. From infield collisions to dropped pop flies and botched grounders, the Pioneers’ defensive problems snowballed and allowed Cody’s advantage to continually expand.

Communication was similarly an issue against Cody a few days prior, and Cates said he has “no idea” how to instill better chemistry in the field at this point.

“It could be a little intimidation about Cody, or also, just being young and immature still,” he said. “I don’t know.”

And after a dominant start to the season at the plate, Powell’s bats have struggled recently. The Pioneers logged just six hits between Tuesday’s two games, crossing the plate just once in the first game.

“We’ve got to get them back to swinging short,” Cates said. “It seems like they’re taking too big of swings; we’re late on everything. We have to just be on time and keep shorter swings.”

The Pioneers will look to redeem themselves Saturday afternoon when they face Lovell on the road. First pitch will be at 1 p.m.