Just days after winning by 19 runs over Billings, the Powell Pioneers were just as dominant on Wednesday.

The Legion baseball squad took both games of the evening doubleheader against Buffalo, … 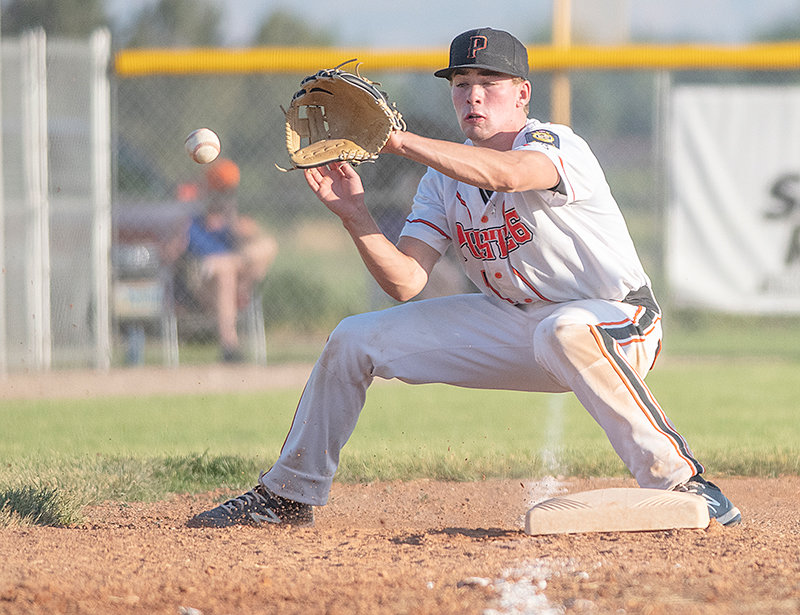 Third baseman Mason Marchant scoops up a ball Wednesday. The Pioneers had a strong day in the field, logging just one error as a team in the lopsided wins.
Tribune photo by Carson Field 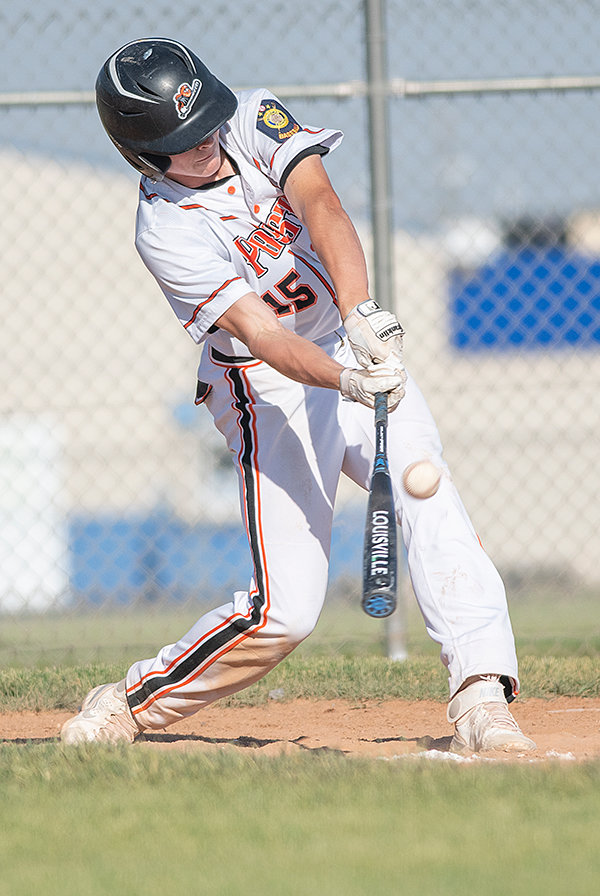 Brock Johnson swings at a pitch Wednesday against Buffalo. Now 17-3, the Pioneers have excelled at closing out games this season.
Tribune photo by Carson Field 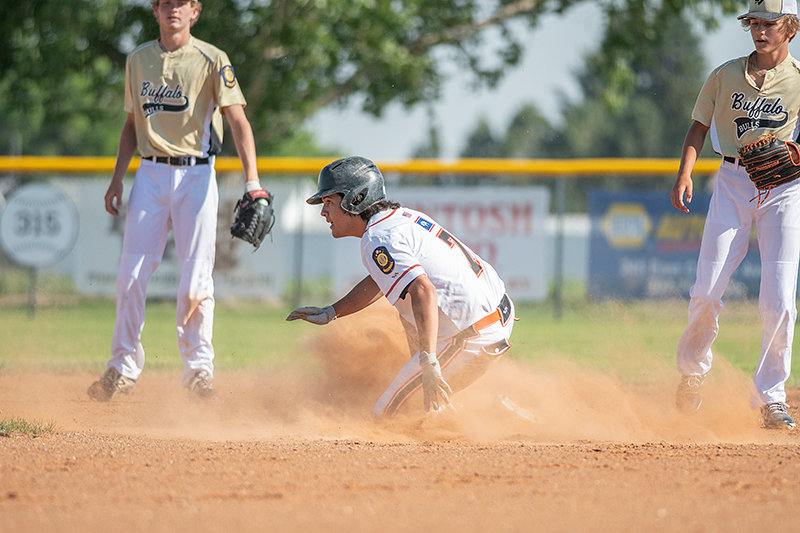 Kolt Flores slides into second base after advancing on a passed ball in Wednesday’s doubleheader against Buffalo. Flores stood out at the plate, logging three hits in the first game.
Tribune photo by Carson Field
Previous Next
Posted Tuesday, June 22, 2021 8:25 am
By Carson Field

Just days after winning by 19 runs over Billings, the Powell Pioneers were just as dominant on Wednesday.

The Legion baseball squad took both games of the evening doubleheader against Buffalo, winning 19-1 and 15-4. Following the lopsided victories, the Pioneers are now 17-3.

Between the two games, Powell combined for 31 hits as a team. The Pioneers have outscored opponents 53-5 in their last three contests.

“They keep swinging the bats,” manager Joe Cates said. “Last weekend followed into the Buffalo games, so it was good for us.”

In the first game, several Pioneers recorded multiple base hits, including Kobe Ostermiller, Trey Stenerson and Kolt Flores, who each had three. And Landon Sessions had three hits in the second game, while Ryan Cordes had a team-high four quality at-bats.

Cates singled out Flores and Sessions as the standouts from the first and second games, respectively, though the strong effort at the plate went beyond just those two.

“They all swung the bat well,” he said.

But the Pioneers’ success wasn’t limited to the batter’s box: They excelled at keeping Buffalo in check.

On the bump, Mason Marchant and Ostermiller allowed just three hits in game one, while Cade Queen and Cordes didn’t allow a run in their relief appearances in game two. The outings from Powell’s relievers particularly impressed Cates.

“It was nice to see him come in and throw strikes,” the coach said. “Their confidence to pound the zone was nice.”

Defensively, the Pioneers committed just one error in the entire doubleheader. Fielding has been a strength of the Pioneers all season.

With just three losses through 20 games, the Pioneers have consistently been able to sustain their leads.

“I think it gives us a lot of confidence that we can put a team away,” Cates said. “We’ve struggled in the past, so this is teaching them to put the final nail in the coffin.”

Powell returns to the diamond this (Tuesday) evening with a home doubleheader against the Billings Halos. Game one will begin at 5 p.m.