The first half of the Powell Pioneers’ B team’s season has been about growing consistently. Through 19 games, the Pioneers are 10-9 overall.

Between the ups and downs, coach Tyler … 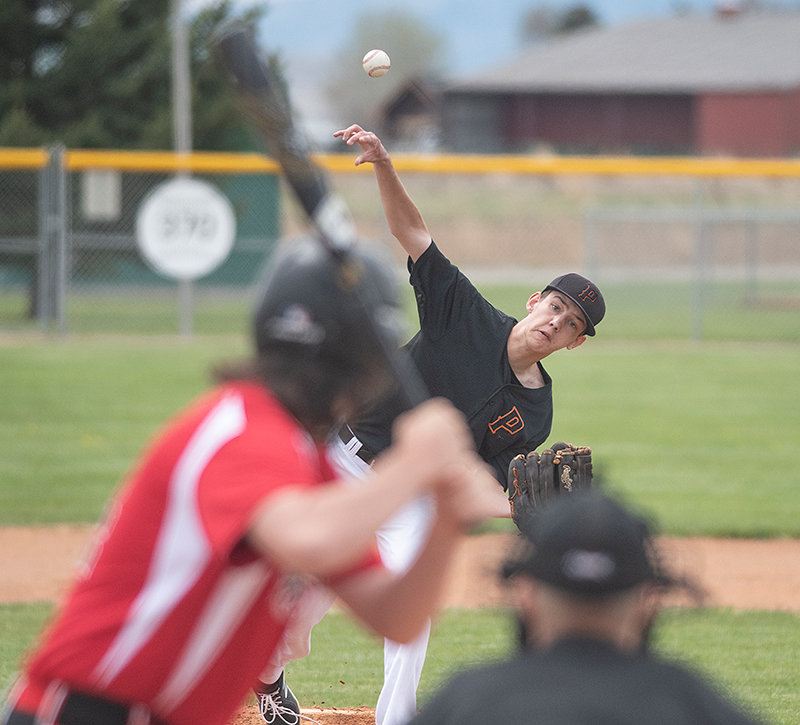 Jacob Gibson throws a pitch earlier in the season against the Lovell Mustangs. As the heat of conference play approaches, coach Tyler England hopes to continue seeing improvement in every fundamental area, as well as growth in leadership.
Tribune photo by Carson Field 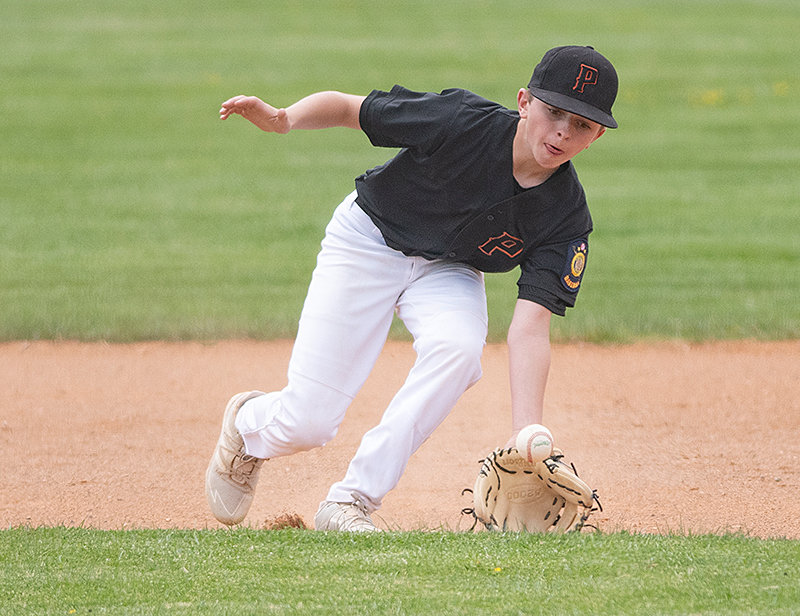 Brody Payne scoops up a groundball in the infield earlier this season against Lovell. The Pioneers recently eclipsed .500 with a win over Cody.
Tribune photo by Carson Field
Previous Next
Posted Thursday, June 17, 2021 8:15 am
By Carson Field

The first half of the Powell Pioneers’ B team’s season has been about growing consistently. Through 19 games, the Pioneers are 10-9 overall.

Between the ups and downs, coach Tyler England said the team is building steadily enough to become one of the best B teams in the area.

“We’ve done some good things and some bad things, but I feel like the boys have grown a little every day,” England said. “Obviously at .500 you need to be growing faster than your competition to end up where you would like, so we’ve talked a lot about being students of the game.”

As the heat of conference play approaches, England said he hopes to see fundamental improvement in various areas, as well as becoming better communicators.

“Learning from your experiences and others’ and little things to look for to give you an edge against a pitcher or hitter,” he said. “And most importantly, talking to your teammates about what you’re seeing and learning.”

To this point, England singled out Rayce DeGraffenreid and Brody Payne as hot bats who have swung “really well” lately. And Jacob Gibson, Aiden Greenwald and Dalton Worstell have pitched some “really good starts,” the coach said.

Most recently, the B team played a tournament in Cheyenne, followed by a home game against the Cody Cubs B team.

In Cheyenne, the Pioneers won two and lost three in what England called “an awesome opportunity” for his squad. They played five games against four different teams, putting up impressive efforts against teams from across the region, including the Rocky Lobos from Fort Collins, Colorado.

Powell picked up its first win against the Cody Cubs B team Tuesday, winning 11-4 at home. Greenwald struck out seven and allowed just two runs in six innings of work, helping his team push past the .500 mark.

The Pioneer B Team’s next action is a home doubleheader against Sheridan on Monday, with the first game scheduled to begin at 3 p.m.