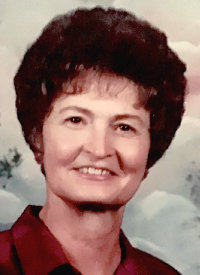 She married Vaughn Smith, and he passed away in 2014, after 34 years of marriage.

Phyllis was preceded in death by two husbands, a brother and four sisters. She has numerous nieces and nephews throughout Wyoming, Utah, California and Oregon, and several stepchildren in Las Vegas, Nevada.

Phyllis’s remains will be laid to rest at the Crown Hill Cemetery in Powell.