Powell High School’s robotics team dumped a box full of ducks into the Powell Aquatic Center’s lazy river on Thursday and proceeded to cheer as the ducks went round and round. 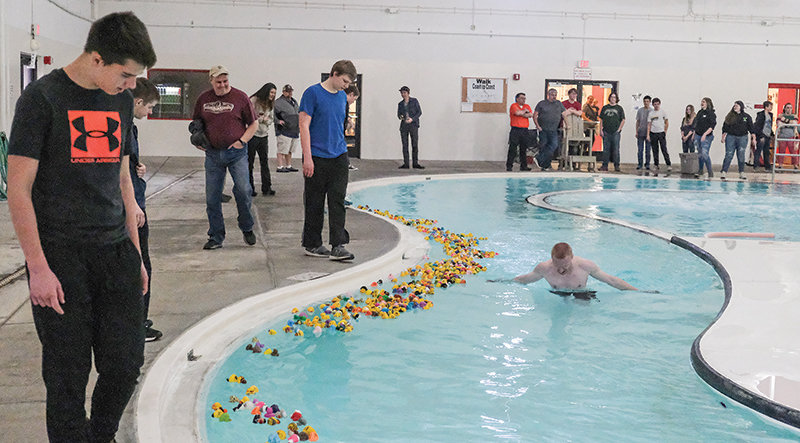 Powell High School senior Francis Rogers keeps all the ducks in a row during the robotics team’s annual duck race, which is a fundraising event for the team.
Tribune photo by Braden Schiller 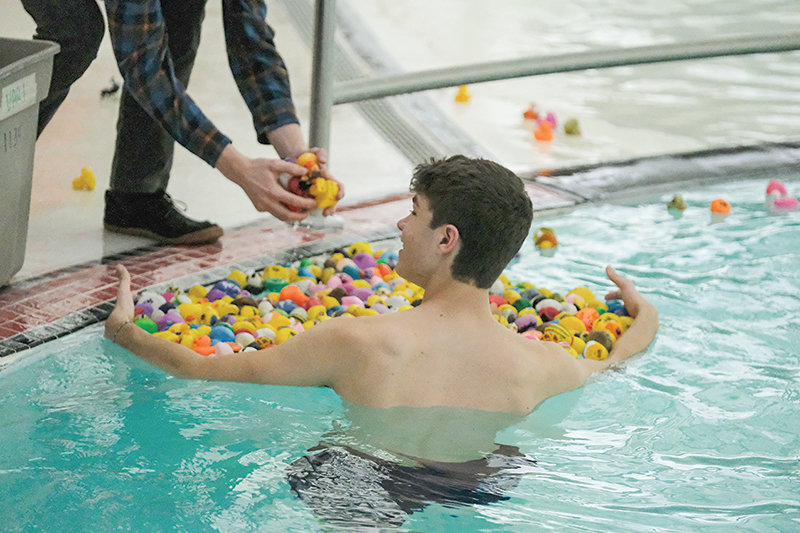 PHS senior Ethan Bartholomew rounds up ducks for collection after the race at the Powell Aquatic Center.
Tribune photo by Braden Schiller
Previous Next
Posted Thursday, March 10, 2022 8:15 am
By Braden Schiller

Powell High School’s robotics team dumped a box full of ducks into the Powell Aquatic Center’s lazy river on Thursday and proceeded to cheer as the ducks went round and round.

The duck race is an annual fundraiser where the PHS robotics team sells ducks to people in the community. The owner of the winning duck wins a basket of donated prizes, which were worth a combined total of roughly $1,000. This year, the first place basket was worth $500, second place was $300 and the third was worth $200.

PHS robotics has two main fundraisers: the duck race and the turkey trot. These fundraisers are essential to funding the robotics team, as students are required to pay for their competitions — which includes the hotel stay, meals and entry fee. PHS robotics received no funding from the school district this year.

“It costs between $4,000 to $6,000 per year to run the club. Without the fundraisers that cost would fall all on the students,” robotics coach Joel Hayano said. “We are very grateful for the community support; without it, we probably wouldn’t have a robotics club.”