The Powell High School boys’ soccer team’s road matches against Mountain View and Lyman weren’t close, but they provided valuable experience as the season winds down. 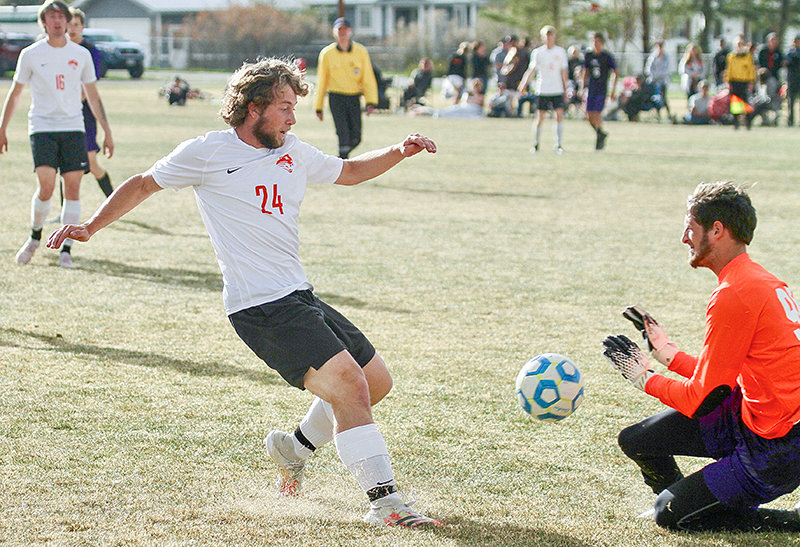 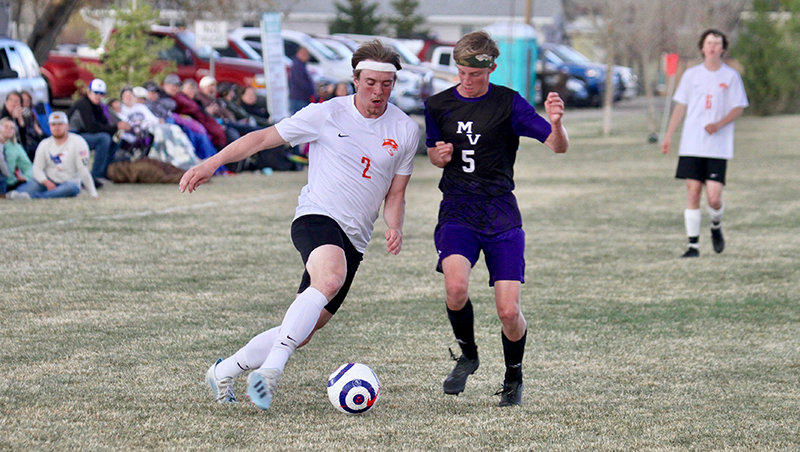 Jesse Trotter scoots past a Mountain View defender Friday against the Buffalos. Trotter notched a goal in the 7-1 win.
Photo courtesy Joshua Westerhold
Previous Next
Posted Tuesday, May 11, 2021 8:05 am
By Carson Field

The Powell High School boys’ soccer team’s road matches against Mountain View and Lyman weren’t close, but they provided valuable experience as the season winds down.

PHS earned wins over the Buffalos and Eagles on Friday and Saturday, winning 7-1 and 12-0, respectively. The Panthers are now 12-1 and have outscored opponents 78-6 this season.

“We used it as an opportunity to try some new things,” Gilliatt said. “We played some non-varsity players, and it was good for them to get that experience.”

While PHS sailed to the six-goal win, the coach pointed out improvement on Mountain View’s side, as the Buffalos scored a goal and cut the scoreline a couple of goals. Gilliatt also said Powell’s intensity wasn’t where it needed to be that game, despite the outcome.

A day later, the Panthers brought their best effort in the lopsided win over Lyman. Powell returned to its tried-and-true game plan, rather than experimenting with different strategies.

“We wanted them to get in the flow about how we’ll play against Worland,” Gilliatt said.

With a week to go until the regular-season finale against Worland — the No. 1 team in 3A — the focus was getting prepared for that contest. The Lyman game gave the Panthers practice playing on a grass surface, which Worland plays on, and making sure they were in the right frame of mind.

“We didn’t want to lower the level of intensity,” Gilliatt said. “We had higher intensity Saturday and made sure we were in the right mindset. It’s good to be proficient at your greatest strengths, and that’s what we focused on Saturday.”

PHS had the chance to rotate several players in and out in both matches, which could benefit the squad ahead of its tilt with Worland.

“I think it’s important to have different tools in your toolbox,” Gilliatt said.

In Powell’s first meeting against the Warriors, the Panthers fell 1-0 in extra time for their only loss of the 2021 season. While PHS lost the first time, Gilliatt hopes his team remains confident as it wraps up the regular season against Worland at 6 p.m. Friday.

“Focus on playing our game,” Gilliatt said. “We haven’t beat them; we’ve beaten everybody else. I believe that they can win. And if we don’t, I hope to play them again in the state tournament.”