PHS art students take on their most complicated assignment

Powell High School’s art department has done a lot of large scale projects over the years, but its upcoming project poses a particular challenge. This year they have decided to construct a …

PHS art students take on their most complicated assignment 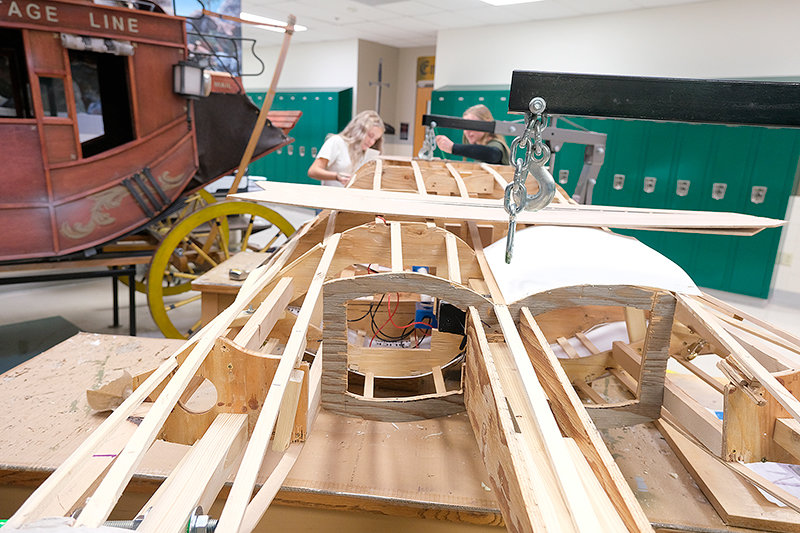 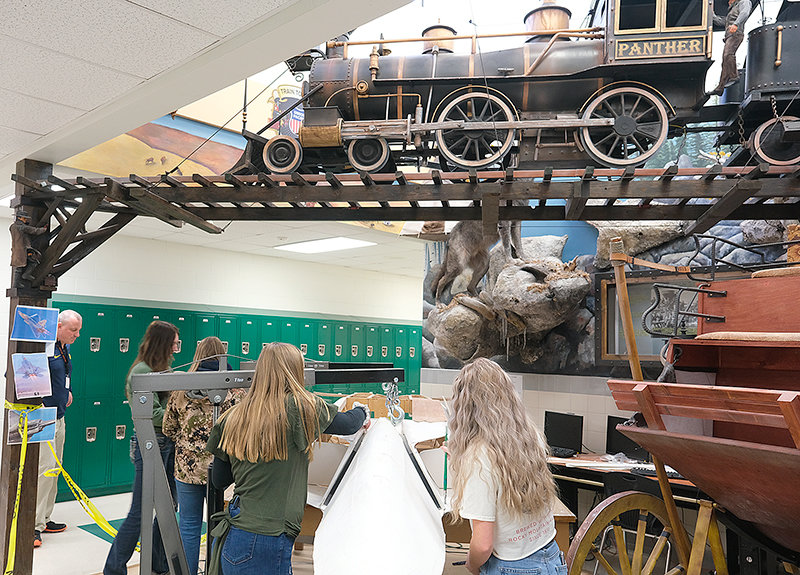 Powell High School art teacher Jim Gilman observes the painting and paneling of the F-22 model as it lies belly-side up in the hallway.
Tribune photo by Braden Schiller 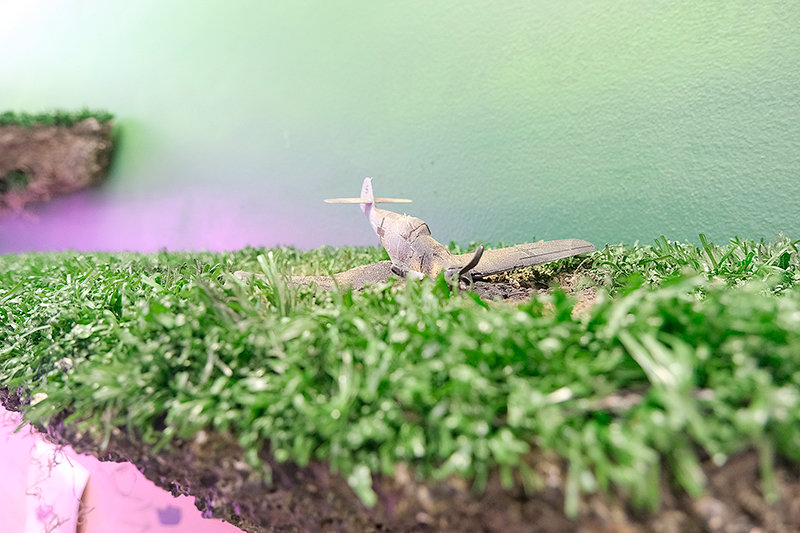 A WWII fighter plane is depicted crashed in a field as part of the display where the finished F-22 model will hang.
Tribune photo by Braden Schiller
Previous Next
Posted Tuesday, January 11, 2022 8:20 am
By Braden Schiller

Powell High School’s art department has done a lot of large scale projects over the years, but its upcoming project poses a particular challenge. This year they have decided to construct a one-fourth scale model of the F-22 Raptor.

“We actually started this last year; we had a little extra time on our hands and found a CAD drawing,” PHS art teacher Jim Gilman said. “Unfortunately, the CAD drawing wasn’t very well done. So, we ended up putting it all together and went, ‘oh no.’”

Gilman has high expectations for this project because of its complexity, calling the actual aircraft the “most sophisticated fighter plane.”

“It is the most complicated project we have done, mostly because of the crazy contours involved,” Gilman said. “If we get a line wrong, even someone who doesn’t know about airplanes will see something is wrong.”

He also said the project is difficult because of the machinery involved in the project. The model will be able to “move” in the air with the use of a motor in one wing that will pull up and down on a cable — changing the way the model’s weight is balanced. Along with the motor, the wings of the plane have gravity-controlled wing panels that are moved by a metal weight hidden inside the wing. The model’s display will also have a control tower that will periodically quote “Top Gun.” The plane will also have moving side doors and fiber optic bundles encased in Lexan that will look like mach waves.

“There has been a lot of putting things together and going ‘uh oh’ and starting again,” Gilman jokes.

There was trouble specifically when it came to fabricating the plane’s canopy. The original idea was to heat and mold Lexan.

“The problem was usually they have a larger kiln or oven to heat the Lexan in. We shaped our canopy and put it in our smaller kiln and it immediately caved in,” Gilman said.

The art class instead decided to use a gold-colored vinyl wrap over a paper-constructed canopy.

The F-22 project has given Gilman and his students an opportunity to exercise their creativity in order to adapt and overcome. The project is expected to be completed in May.