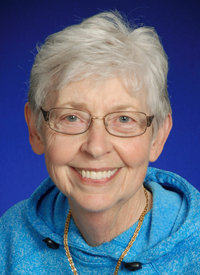 Paula (Schiltz) Gorton, 71, was welcomed into Heaven on May 19, 2020, following a long battle with Alzheimer’s. She was born May 25, 1948, in Dickinson, North Dakota, daughter of Paul and Lillian Schiltz. The family homesteaded in Caldwell, Idaho, where Paula attended grade school, then moved to a farm in Powell, Wyoming, near Heart Mountain.

Paula was active in 4-H, graduated from high school in 1966, attended Northwest Community College in Powell and Montana State University in Bozeman, Montana, and graduated with a bachelor’s degree in home economics.

At Montana State, Paula met the love of her life, John Gregory “Greg” Gorton. They married Nov. 27, 1970, at St. Barbara’s Catholic Church in Powell. They made homes in Columbia Falls, Montana, then Henderson, Kentucky, in 1972, where they welcomed their son Michael. In 1984, the family moved to Butte, Montana, 1992 to Mead, Washington, and Otis Orchards, Washington, in 2003.

Not only a loving wife, mother, grandmother, daughter, sister, and dear friend, she also worked for the Montana County Extension agency in Great Falls, a styling salon, and a local fabric store, was an active volunteer in her churches and communities, donating time and talents sewing, cooking, baking for holidays and funerals. She also canned, gardened, sketched, cross stitched, knitted, quilted, refinished antiques, painted and did calligraphy and artworks. Her dry sense of humor caught people off guard in a delightful way. She was known to pick up a hammer, brush, roller, trowel, shovel, or rake to help with the many home and landscaping projects she and Greg took on over the years.

Paula was preceded in death by her parents and parents-in-law, John “Jack” and Mary Gorton.

Mass of the Resurrection will be celebrated at a later date at St. Joseph Catholic Church in Otis Orchards.

Memorials may be made in Paula’s name to St. Joseph Parish in Otis Orchards or to Catholic Charities Eastern Washington.