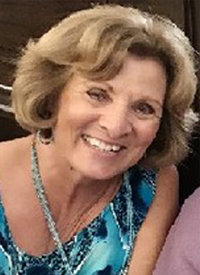 Heaven gained a beautiful angel when Patti Jean Case passed away March 9 from bone cancer at the age of 72. She was born to Dr. Ralph and Mrs. Novoline Shwen in Cheyenne, Wyoming. She spent her childhood there and graduated from Central High School in 1966, where she was a cheerleader. Patti attended the University of Wyoming for her freshman year and began dating Tom Case that same year. They quickly fell in love and married in January of 1968.

Patti and Tom spent several years in Kearney, Nebraska, and Cheyenne, before settling in Powell, where they raised their family.

She was a devoted wife and mother and would spend hours in the gymnasiums of Northwest College and Powell High School cheering on her husband’s volleyball and basketball teams, her son’s basketball games and watching her daughter cheer. The past few years she had been able to watch her grandson compete in lacrosse and was an avid fan.

Patti’s career was spent managing medical practices in Cheyenne, Powell, and later Peoria, Arizona, where they moved in 1994.

Patti loved hosting large holiday dinners with as many extended family and friends as possible. You could always count on a beautifully decorated house, with wonderful food and company. She entertained with effortless grace. Patti was a master gardener who had a gift for creating stunning gardens that continue to bloom and reflect her love and beauty. Most of all, she loved her family and she took the best care of them always. Words cannot express how important and how loved she was by her family and friends.

She was preceded in death by her father, Ralph Shwen and sister Tina DiAsio. In her memory, consider planting something beautiful or a donation to the Chondrosarcoma Foundation. A celebration of life is planned for a later date.