Logan Christie, who currently works for the Park County Youth Services department, has filed to run for clerk of the District Court.

Christie, a native of Cody, has worked for the county more than … 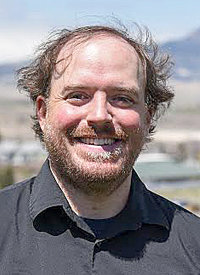 Logan Christie, who currently works for the Park County Youth Services department, has filed to run for clerk of the District Court.

Christie, a native of Cody, has worked for the county more than 10 years. His experience working with youth in the juvenile-justice system gives him a perspective on the position other candidates might not have, Christie said.

His work with judges at various levels of the countywide courts system, combined with his education in criminal justice, adds to his experience, he said.

“Criminal justice is my educational background,” said Christie, who has a B.A. degree from the University of Wyoming and a master’s degree in Criminal Justice Administration from Colorado State University.

Patra Lindenthal, current Park County District Court clerk, is retiring, prompting Christie to run for the elected position. He is running against Debra Carroll, currently first deputy of the District Court clerk. Additional candidates for the position may file by the May 27 deadline.

“I’ve worked at the county since 2010,” Christie said. “I realized Patra was not going to run again … and I viewed it as a real opportunity. Professionally, it made sense to me.”

Although Christie has worked with county youth in various roles, including through the Suicide Prevention Coalition and Bright Future Mentoring program, he said it’s time to consider advancing his career.

“I’m not 25 anymore,” said Christie, a third-generation resident of Cody. “I don’t relate as much to the younger generation.”

That said, it’s his experience working within the juvenile justice system that gives Christie an unusual perspective of how American courts are changing.

“Being involved with the courts in my mid-20s and into my late-30s, I’ve seen the evolution of the courts,” he said. “I think that perspective is important moving forward.”

Christie anticipates significant changes on the horizon in the U.S. criminal justice system coming from the federal level — changes that necessitate leaders with a younger perspective.

“I think there are prospective changes coming from the federal level that would impact Wyoming courts,” he said. “I feel like my background in the juvenile system, as well as the other two judicial systems, will benefit the county.”

Those changes could be profound. Although juveniles can now be tried at various levels of the criminal-justice system, in the future young offenders may be handled differently.

“I think the change most likely to come will be having a completely separate system for juveniles,” Christie said. “I realize that judicial court is much more than just juvenile court, but it just so happens my background has involved juveniles for 12 years.”

Whether he wins or loses in his bid to become District Court clerk, Christie said he will remain dedicated to Park County’s criminal-justice system.

“This is my career,” he said. “I have compassion and the ability to talk to people from all walks of life. I have the ability of being understanding of people … which I believe, in the legal field, is important.”