Panthers drop to .500 after loss to Cody

A rivalry game against one of the top 4A teams in the state before the winter break provided an early season test for the Powell High School girls’ basketball team, as the Panthers fell to Cody …

Panthers drop to .500 after loss to Cody 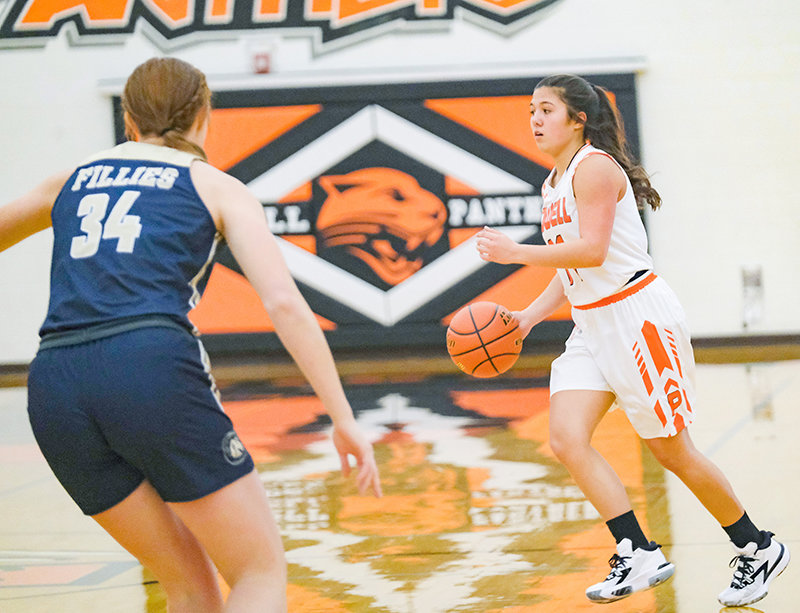 Kaili Wisniewski initiates the offense for the Panthers against Cody on Friday evening. The Panthers lost their second contest of the season, dropping them to .500 as they head into the two-week winter break.
Tribune photo by Seth Romsa 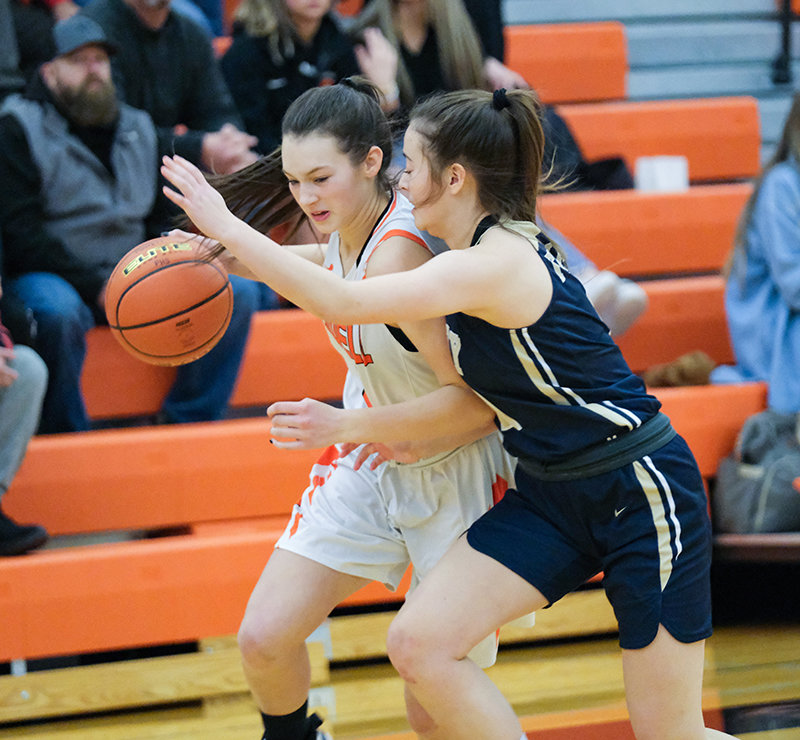 Panther freshman Saige Kidd drives to the basket against Cody on Friday. Kidd and fellow freshman Catelynn Floy were the leading scorers for the Panthers in their 51-17 loss to the rival Fillies.
Tribune photo by Seth Romsa
Previous Next
Posted Tuesday, December 21, 2021 8:05 am
By Seth Romsa

A rivalry game against one of the top 4A teams in the state before the winter break provided an early season test for the Powell High School girls’ basketball team, as the Panthers fell to Cody 51-17 on Friday. The loss dropped the Powell squad to a 2-2 record.

The game started out well for the Panthers. A Maddie Campbell 3-pointer gave Powell its only lead of the game, 3-2, with 5:40 remaining in the first quarter.

The Panther defense gave the visiting Fillies issues early on, coming out in a zone to try and stop the high-powered Cody offense.

Following the basket by Campbell, the Fillies ended the quarter on an 18-0 run and took a 20-3 lead going into the second.

The second basket for the Panthers came on a Megan Jacobsen jumper with 6:07 left in the half.

The Panthers were without two starters in sophomore Waycee Harvey, who was out due to illness, and junior Kami Jensen, who suffered a knee injury and is out for a minimum of three weeks, according to Buher.

“We missed both of them because Waycee [Harvey] gives us another way of bringing the ball up and another scoring option for us,” Buher said. “Kami [Jensen] being out gives our defense a hit, her defense creates our offense.”

Throughout the game the Panthers tested different types of defenses against the Fillies, but were unable to find an answer to stop Cody, which took a 38-9 lead into halftime.

Buher said it was difficult for the Panthers as, despite guarding closely at times, Cody made contested shots.

The second half did not start any easier for the Panthers.

Cody opened the half on a 6-0 run before the Panthers’ first and only points of the quarter were scored with 3:39 remaining.

In the fourth quarter, the Fillies played a mixture of starters and bench players. The Panthers outscored Cody 6-0 in the period to make the final score 51-17.

Powell will now have a couple weeks off during the winter break and take some much needed time to rest and recover before taking on Rocky Mountain on Saturday, Jan. 8.

Buher said the Panthers will come back from break and continue to work on the skill aspect of their game, along with their offensive and defensive schemes.