Panther wrestlers enjoy success at Bozeman Invitational over the weekend

Panther wrestlers enjoy success at Bozeman Invitational over the weekend 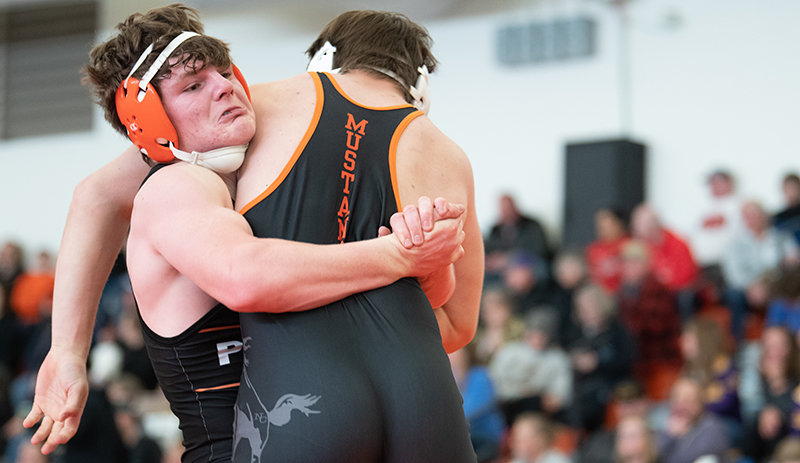 The Powell High School wrestlers started their Montana tournament swing last weekend at the Tom LeProwse Invite in Bozeman — bringing home four medalists from one of the toughest tournaments they will attend all year.

The top placer for the Panthers again was Stetson Davis, who worked his way through a crowded field at 182 pounds and finished fourth overall. Davis won his first two matches by pin and his third match in overtime 14-9, before losing to eventual champion Mason Christian from Butte by major decision.

Davis battled back and won his consolation semifinal 4-2, before dropping the third place match to Cody’s Grayson Beaudrie 9-0. Davis is now 17-5 overall on the season.

“His quarterfinal match, he beat a big class runner-up from Montana last year and that was great for him,” Panther head coach Nick Fulton said. “He [Beaudrie] is a talented kid, we are closing the distance on him, but they both wrestled a good tournament. It will not be the last time we see him.”

The next top placers were Jimmy Dees, Vinny Timmons and Yessenia Teague.

Teague went 1-2 on the weekend, and was able to compete against other female athletes for the first time this season in the 126-pound class.

“It was really cool for her [Teague] to actually be able to wrestle in a girls division,” Fulton said. “We are really happy for her to be able to go out and compete. She handled it well and wrestled great.”

Since Montana does not feature a 195-pound weight class, Dees was forced to wrestle underweight up at 205, and finished the weekend 2-3 overall.

Timmons made his return from a slight knee injury, and managed to wrestle his way to eighth place at 132 pounds after losing in the second round. He went 4-2 on the weekend overall.

“That Bozeman tournament, if you come out of there with a medal it is pretty prestigious,” Fulton said.

Before heading on the road again, the Panthers will make a quick pit stop at home today (Tuesday).

The quad will feature Powell and Cody plus Laurel — the team champions in Montana last year — as well as Huntley Project, who Fulton has heard is the top team in the northern state this year.

Fulton expects the matches to be competitive and feature tough duals for the Panthers. They will feature a full lineup for the first time this season, except for 120 pounds, as Fulton is unsure when his 120-pound wrestlers will be healthy.

After hosting the quad on Tuesday, PHS will be back on the road, as the team returns to Montana this weekend to compete in the Jug Beck Rocky Mountain Classic in Missoula. The event will feature teams from Montana, Idaho and Washington, with Powell being the lone Wyoming participant.

“That [Missoula] is probably as tough a tournament in our region,” Fulton said. “January is a big month for us.”