The Panther boys’ and girls’ tennis teams dropped a pair of road matches against Cody on Thursday, marking their second losses to the Broncs and Fillies this season. 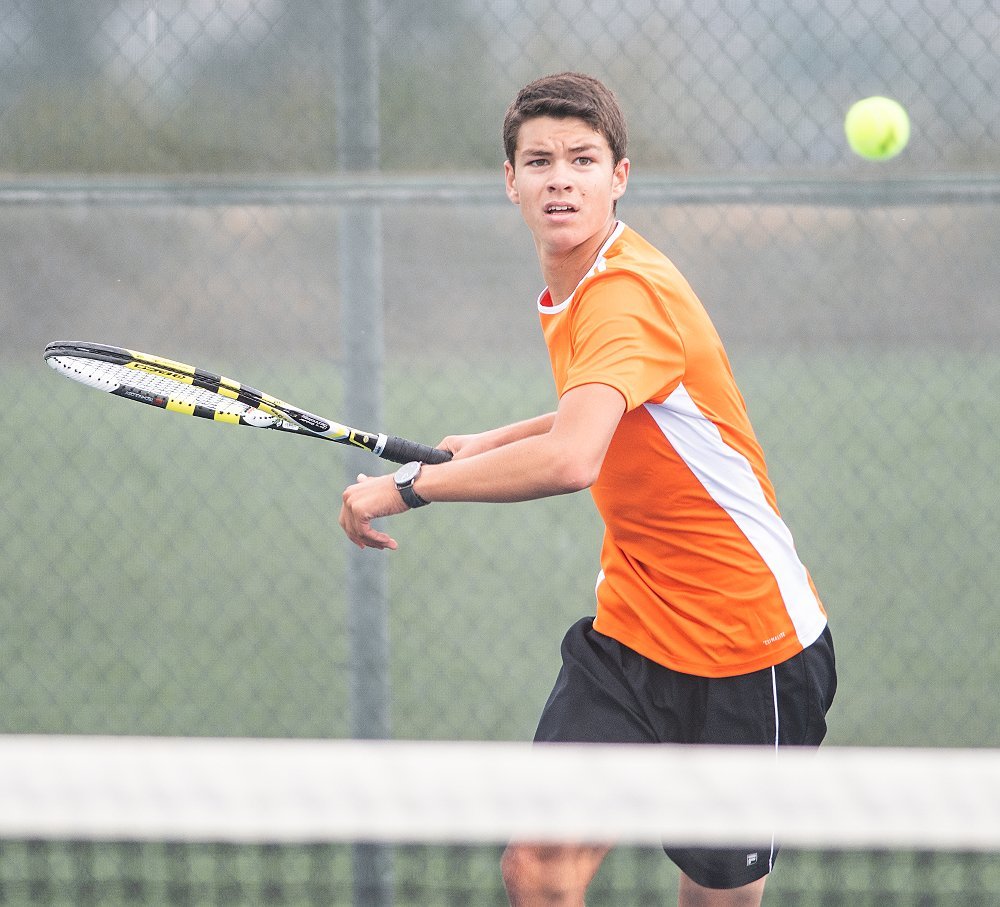 PHS No. 1 singles player Ethan Bartholomew prepares to return a shot earlier this season. He and the Panthers fell in Cody on Thursday and are hosting Rawlins on Saturday.
Tribune photo by Carson Field
Posted Saturday, September 5, 2020 11:20 am
By Carson Field

The Panther boys’ and girls’ tennis teams dropped a pair of road matches against Cody on Thursday, marking their second losses to the Broncs and Fillies this season.

Even with a recent skid, competing gives the Powell High School athletes a chance to improve in match settings.

“The kids have been working very hard and even though it's difficult to take the losses, every match experience gives us a chance to grow,” said PHS head coach Joe Asay.

The Powell girls gave Cody all they could handle, winning two of the five matches while taking the Fillies to three sets in two of the losses.

Sophe Morrow and Sydnee Thompson and Whitney Hull and Chase Anderson took their No. 1 and No. 2 doubles matches to three sets, but they fell in the decisive final sets. Cody won all three doubles points to take the match.

On the boys’ side, the Panthers fell 5-0 in straight sets. The No. 1 singles team of Logan Brown and Kolt Flores came the closest to taking a set from the Broncs, winning four games in the second set.

Both the boys’ and girls’ squads fell to 2-6 on Thursday, having not won a match since the season’s opening weekend.

Powell will get a chance to snap that streak on Saturday afternoon, hosting Rawlins at 1 p.m. in the squad's final home match of the season. The event will also give the team a chance to honor its seniors. Results from that competition will follow in Thursday’s edition of the Tribune.