The five-girl senior group went out on top. The Panthers earned … 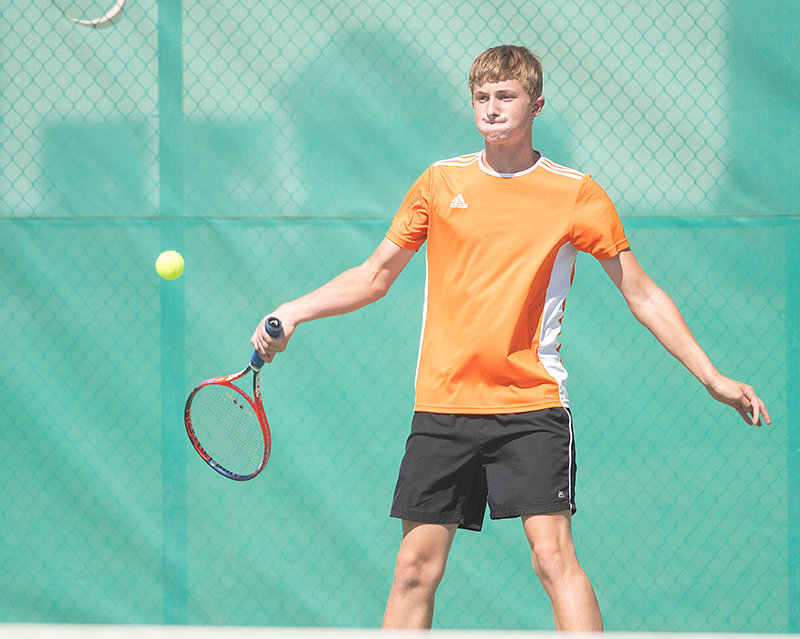 PHS junior Logan Brown prepares to smack the ball in the Panthers’ match against Rawlins on Saturday. Brown and his No. 1 partner, Kolt Flores, didn’t surrender a game.
Tribune photo by Carson Field 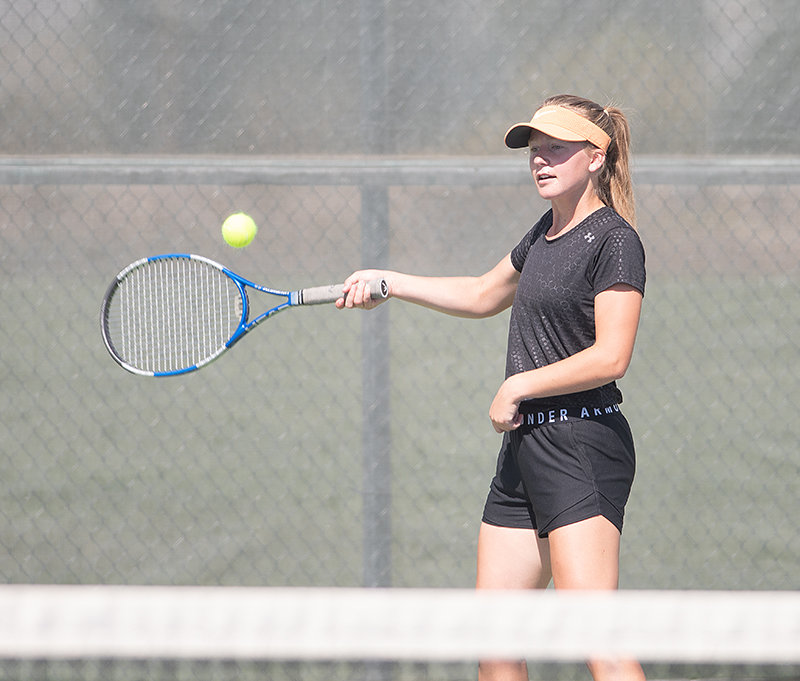 PHS senior Sophe Morrow returns a serve during the tennis team’s final home match of the year. Morrow and Sydnee Thompson, who usually play No. 1 doubles, played an exhibition against Sami Cole and Katy Asay due to a Rawlins forfeit.
Tribune photo by Carson Field
Previous Next
Posted Thursday, September 10, 2020 8:20 am
By Carson Field

The five-girl senior group went out on top. The Panthers earned 5-0 wins in both the boys’ and girls’ competitions against Rawlins to conclude the home season. Neither team lost a set.

On the boys’ side, Powell won four matches and earned a point in No. 2 singles via forfeit. Instead of facing a Rawlins opponent in that division, Aiden Chandler faced former Panther Dylan Preator in an exhibition.

The girls were just as dominant. They won two of their three matches by double bagel, with Chase Anderson/Sydney Hull and Kaili Wisniewski and Lila Asay not surrendering a game in No. 2 and No. 3 doubles, respectively.

Two of Powell’s points were earned by forfeit on the girls’ side, with Rawlins not fielding No. 2 singles or No. 1 doubles. Because of this, the girls who were supposed to play in those matches — Sophe Morrow, Sydnee Thompson and Sami Cole (all seniors) — played in a doubles exhibition along with Katy Asay, wife of head coach Joe Asay.

In addition to Morrow, Thompson and Cole, senior Ashley Dunkerley won 6-2, 6-3 in No. 1 singles; senior Whitney Hull did not play on Saturday.

While it’s never easy to let go of a senior class, coach Asay was thrilled to see his girls’ finish their home careers on a winning note.

“They each bring something special to Panther Tennis,” he said. “They’ve all worked very hard to improve their games.”

With the boys and girls now both 3-6, Powell wraps up the regular season with road matches against Kelly Walsh and Natrona County on Saturday.