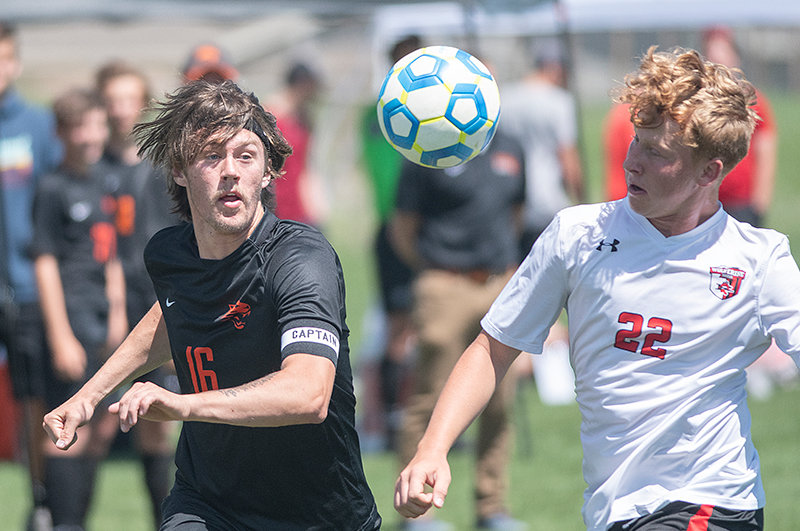 Sam Bauer runs for a ball against Riverton in the quarterfinals of the 3A Boys’ Soccer State Tournament. Bauer will soon join Northwest College boys’ soccer, along with PHS teammates Landon Sessions and Ashton Brewer.
Tribune photo by Carson Field 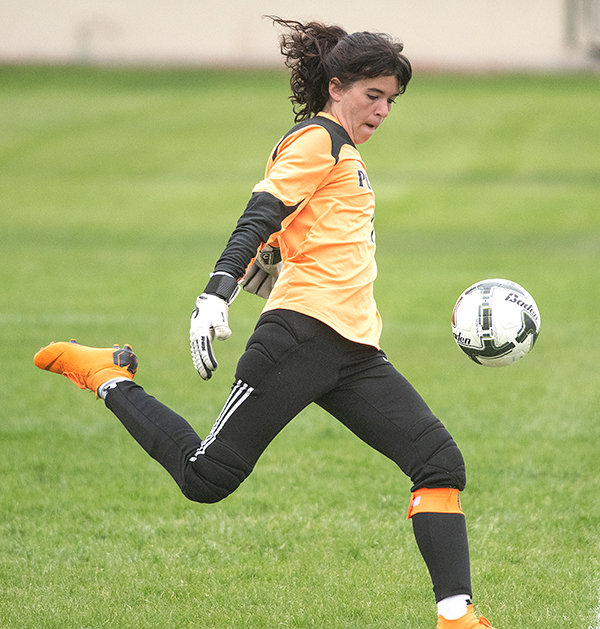 Mattie Larsen boots a goal kick in a game in 2021. She led the state with 175 saves this year and will soon move to the collegiate ranks, playing for Northwest College.
Tribune photo by Carson Field 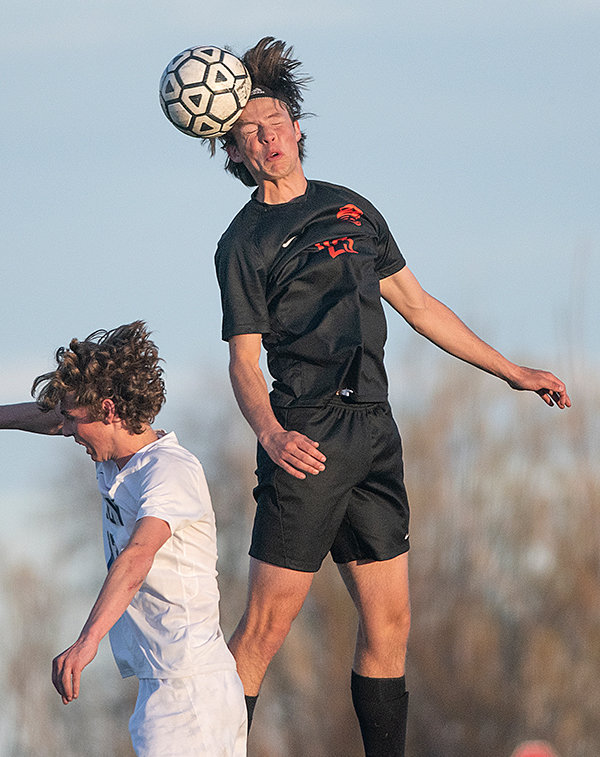 Landon Sessions goes for a header against Cody on April 29. Sessions, a defender, looks forward to once again working with PHS head coach David Gilliatt, who is an assistant on the Northwest College staff.
Tribune photo by Carson Field 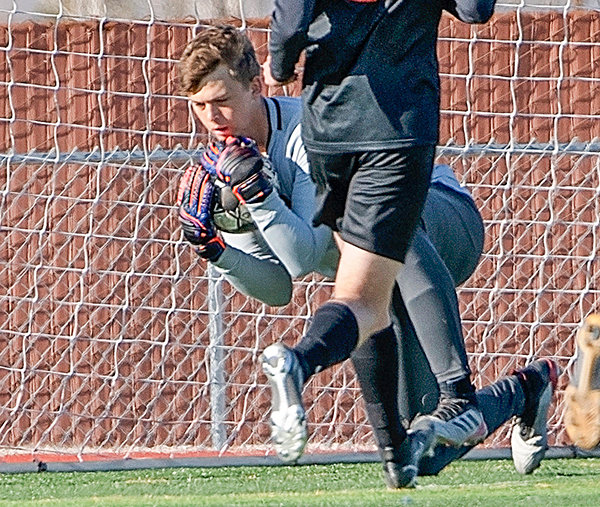 Ashton Brewer makes a save against Lander Valley in the 2021 season. Brewer valued NWC’s proximity to home and the leadership of head coach Rob Hill.
Tribune photo by Carla Wensky
Previous Next
Posted Thursday, June 24, 2021 8:10 am
By Carson Field

After a successful year as the Panthers’ keeper, she feels ready for the jump to the collegiate ranks.

“Playing at PHS gave me a little taste of what the game of soccer is, but the collegiate level is way more upbeat, as I realized playing in the all-star game,” Larsen said. “Coach [Kaitlin] Loeffen taught me the basics and everything I know about being a goalkeeper.”

Larsen said she chose NWC because of its proximity to home and affordability. She also sees Northwest as a place she can hone in on her craft under head coach Rob Hill’s leadership.

“I see myself improving immensely, as Rob Hill’s coaching style is very different from high school soccer,” she said. “I’m hoping to train hard enough so I am able to attend a four-year program and play for them as well.”

As for Bauer, Sessions and Brewer, they have played together since youth, when they shared the pitch as members of Heart Mountain United Soccer Association. Having a chance to build on this chemistry at the next level excites the trio.

“To be able to do it with two other guys that I’ve been playing with since the beginning is something else,” Bauer said. “I’m grateful and very excited for the opportunity to continue playing with them.”

Added Brewer, “We’ve played this sport together as long as I can remember. They devote everything they have to the game and their teammates.”

Beyond the opportunity to continue playing alongside one another, Hill’s experience coaching the Trappers and NWC’s status as a quality school and soccer program led the three to the college.

“Coach Hill is a great coach, and being close to home with a community to support me is a great beginning to my college athletic and academic career,” Sessions said.

In 2021, the PHS boys’ soccer team went 14-3, finishing second in Class 3A. Each of the players feels well-prepared for the next chapter, thanks to a competitive program and leadership from head coach David Gilliatt, who also assists with the NWC program.

“Playing for Powell has been great the past three seasons,” Bauer said. “We have always been competitive, even when we weren’t the best, so I think the biggest thing I can take away is to just work my butt off at the next level and be hungrier than the next guy.”

Added Sessions, “Playing for Coach Gilliatt is a great preparation for playing at Northwest, as he is an assistant there. I feel like the terminology will be familiar and the tactics and strategy will probably be similar.”