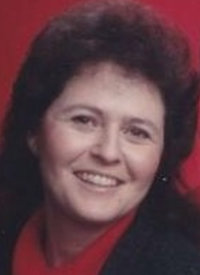 Pam was born in Fresno, California, on Jan. 1, 1954, to Keith and JoAnne Ruth (Lind) Howell. Her early childhood was spent traveling around the country, following where jobs took them. They settled in Powell when Pam was about in fifth grade, and Pam spent the rest of her school career in Powell, including some college at Northwest Community College.

She married Lester Larsen in 1972 and had her daughter Kristy the same year. Their daughter Casey would come along almost a full six years later in 1978.

Pam excelled in a vast array of jobs. She worked for Garvin Motors in Powell and when her family moved to Evanston, she continued managing other car dealerships there. She then went on to work in banking until ultimately working her way up to loan officer. When her family moved to Great Falls, she and Lester bought a furniture refinishing business where she went on to refinish and repurpose stunning pieces of furniture. She retired in 2005 to help take care of her grandson, Hunter Carter. Shortly thereafter, Pam came out of retirement to become a train conductor, a pirate, a cowgirl and whatever else Hunter’s imagination could create.

Pam’s interests included, but were certainly not limited to, home décor, garage sales, crafting/repurposing, anything Christmas oriented, snowmobiling and spending time with Hunter and the rest of her family.

She was preceded in death by her parents, Keith and JoAnne Howell, and brothers-in-law, Merlin Olson and Steven Powell.

She is survived by her husband Lester Lee Larsen, daughters, Kristy Larsen and Casey Carter, son-in law, Tim Carter — though she thought of him as her son, and her beloved grandson, Hunter Carter. They are all of Great Falls, Montana. She is also survived by her sister Dorothy Olson of Powell; her sister Connie Thull and brother-in-law Steven Thull — whom she thought of as more of a brother — of Powell; her brother Ron Howell and sister-in-law Penny Howell of Acton, Montana; her sister-in-law Connie Powell of Casper, Wyoming; her husband’s great-aunt Grace Brown of Billings, Montana; as well as several nieces and nephews and their families scattered around the country.

As per Pam’s wishes there will be no funeral services held. However, on June 19, 2021, we will have a celebration of the life of Pam Larsen, on Connie and Steve Thull’s property. More details to come about a week or so before. So please watch the Powell Tribune’s local announcements as well as on all of our Facebook pages.

Pam is loved and will be missed by many. Rest in peace to our amazingly wonderful wife, mother, grandmother, sister, best friend and so much more, Pamela – Pam – Jeanne Howell Larsen.