Others first, me last

We live in tumultuous times, don’t we? I’m not even going to mention the thing we are all tired of hearing about and with which we are dealing. But, aside from the obvious, we have had, …

Others first, me last 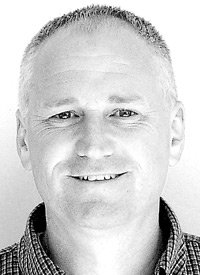 We live in tumultuous times, don’t we? I’m not even going to mention the thing we are all tired of hearing about and with which we are dealing. But, aside from the obvious, we have had, for some time, turmoil around us.

We have had this nation opposed to that nation and that political party at odds with the other. And not just at odds or in opposition, but downright hatred and loathing. We have had the turmoil around race, religion and ... you fill in the blank. We are simply surrounded by unrest.

And these are not simple issues that a short article can come close to remedying. I certainly do not wish to minimize the struggles that accompany these concerns. I do, however, know there are ways in which we can minimize the effects of disagreements and dissension.

At the root of many of the struggles we face that have us at odds with one another is the natural tendency we have to protect ourselves and even guard our “rights.” The root of this inclination is found within us. We want to make sure that we are taken care of and heard. We want to know that our rights are not infringed upon.

But what if we took a different position? What if we considered others as more important than ourselves? What if we looked out for the interests of others more tenaciously than we did our own interests? What would our world look like if we all took this approach?

A few weeks ago, I was at a fireworks display where there were literally dozens of vehicles full of families and friends watching the show. It was amazing.

At the end of the display it came time to leave. It struck me as we were all leaving that as each vehicle started exiting the property, it happened in such an orderly and kind fashion. Many drivers made room for others taking a “you first” approach.

And you know, everyone was able to leave in a timely manner. It all went so easily because we were all putting others before ourselves. Now, we were still looking out for ourselves, but in a way that advanced the needs of others first. This is the idea behind solving at least part of tumultuous relationships with others.

Put others’ interests before our own. In the long run, we all benefit from such an approach. There is such advice found in an ancient book. It’s found in the best-selling book of all time, as a matter of fact.

In the Bible we find this very counsel. In Philippians 2:3-4 the apostle Paul writes this: “Do nothing out of selfish ambition or vain conceit. Rather, in humility value others above yourselves, not looking to your own interests but each of you to the interests of others.”

Again, I understand this is a complicated struggle and there isn’t a simple solution. But I also believe this is a good start to solving the dissension around us. If each one of us, as Paul writes, would consider the interests of others above our own, what would that world look like? How many of our differences would disappear or at least diminish in such a paradigm?

I don’t know the complete effect of such a change in humanity, but I’d sure like to find out. I’d like to live in such a world. How about you? Let’s try it this week. Let’s put others before ourselves and see if it changes not only those around us, but also who we are.

(Jon Allen is the associate pastor of Grace Point in Powell.)