Trustees will vote on proposal July 6

While Sheridan and Gillette colleges abruptly announced the elimination of their sports programs on Thursday, Northwest College leaders say their proposed budget for the coming year includes funding …

Trustees will vote on proposal July 6 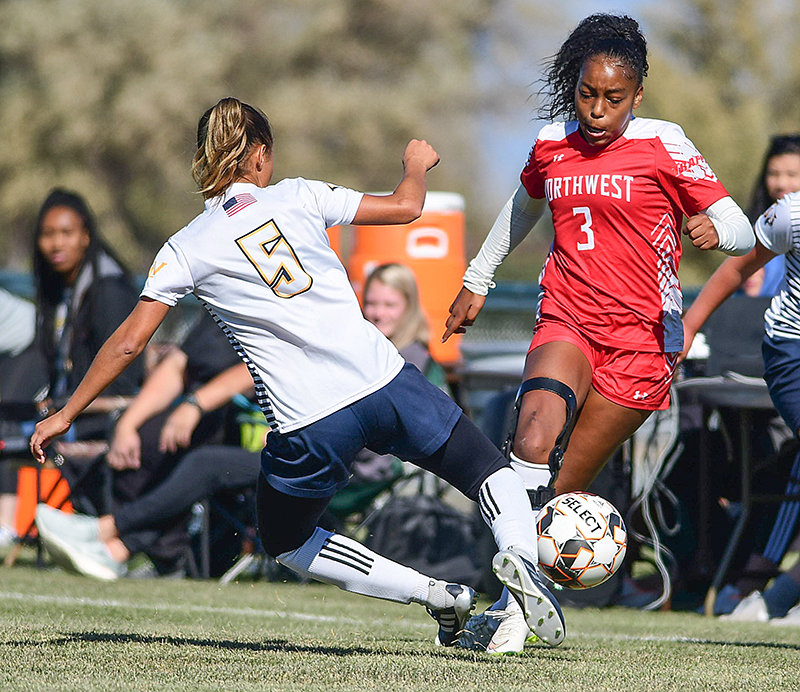 While Sheridan and Gillette colleges abruptly announced the elimination of their sports programs on Thursday, Northwest College leaders say their proposed budget for the coming year includes funding to continue the college’s athletic programs.

The Northwest College Board of Trustees is set to meet July 6 “to discuss and hopefully approve a fiscal year 2021 budget that will allow us to use carry-over from this past year to maintain current programs, services and staffing for the 2020-21 academic year,” NWC President Stefani Hicswa said in a Friday message.

Assuming trustees approve the budget as presented, Northwest College will have sports this year.

If the budget is passed, the school will begin practices for fall sports in the coming weeks, with volleyball athletes returning July 31, soccer players on Aug. 6 and the rodeo team on Aug. 17, said NWC Athletic Director Brian Erickson.

But the college isn’t in the clear for the long run. With the recent plunge in state revenues expected to exceed $1.5 billion in the next two years, Wyoming’s community colleges and other state-funded entities and agencies have been asked to make cuts.

“While each college will handle the required cuts differently, know that we will be carefully analyzing and thoughtfully discussing which cuts will make the most sense for us and we will be communicating those decisions as transparently as possible,” Hicswa said in her statement.

She said NWC intends to use the time provided by the prior budget’s leftover funding to evaluate which cuts make the most sense for the college.

“This will give us the time we need to be thoughtful and strategic in our budget cuts next year,” Hicswa said.

Her message came a day after Sheridan College and Gillette College — which are part of the Northern Wyoming Community College District — announced they were permanently shutting down their athletic departments, effective immediately. The decision to discontinue all of the colleges’ NJCAA Division I teams is estimated to save $2.8 million and was a part of approximately $3.96 million worth of cuts that also included eliminating two academic programs, leaving several positions vacant and restructuring campus police.

Hicswa said the decision made by Sheridan and Gillette colleges “was no doubt difficult and painful for all involved.”

“Our hearts go out to those employees and athletes, and indeed those communities who love their Generals and Pronghorns as much as we love our Trappers,” she said. Gillette and Sheridan have long been Trapper competitors, as fellow members of NJCAA Region IX. Now, only the rodeo teams are set to continue at the two schools.

In her message, President Hicswa stressed the importance of alternative sources of revenue amid this dire financial situation.

“We ask the communities we serve to begin embracing the idea that without new revenue streams, NWC will simply not continue to be funded at the same level as in the past,” she said.

AD Erickson met with other athletic directors in NJCAA Region IX last week to determine safety protocols for competitions in the midst of a global pandemic. That meeting came just days after the NJCAA announced the general guidelines for a return to competition.

“We had some really good conversations about player and coach safety,” Erickson said. “It’s not a ton of changes, just planning to keep everyone safe.”

Per Erickson, every time the student-athletes go into the locker room before a practice or game, they will have their temperature checked and go through a symptoms test. Those will be documented for tracing, and if the student-athlete passes, he or she will be permitted to participate in team activities.

This process also applies to visiting teams. They will go through the same tests in the visiting locker rooms, checked by the home team’s student trainer.

At the end of games, teams will not shake hands and will go straight to their respective locker rooms.

As for road travel, additional precautions will be taken by teams and their players and coaches. For example, take-out restaurants will be their main source of food, as teams will not dine in restaurants unless there is a completely vacant room for the personnel to be seated.