Northwest College couldn’t have asked for a better start to its volleyball season.

The Trappers won all four of their matches at the Big Sky Challenge in Butte, Montana, last weekend, … 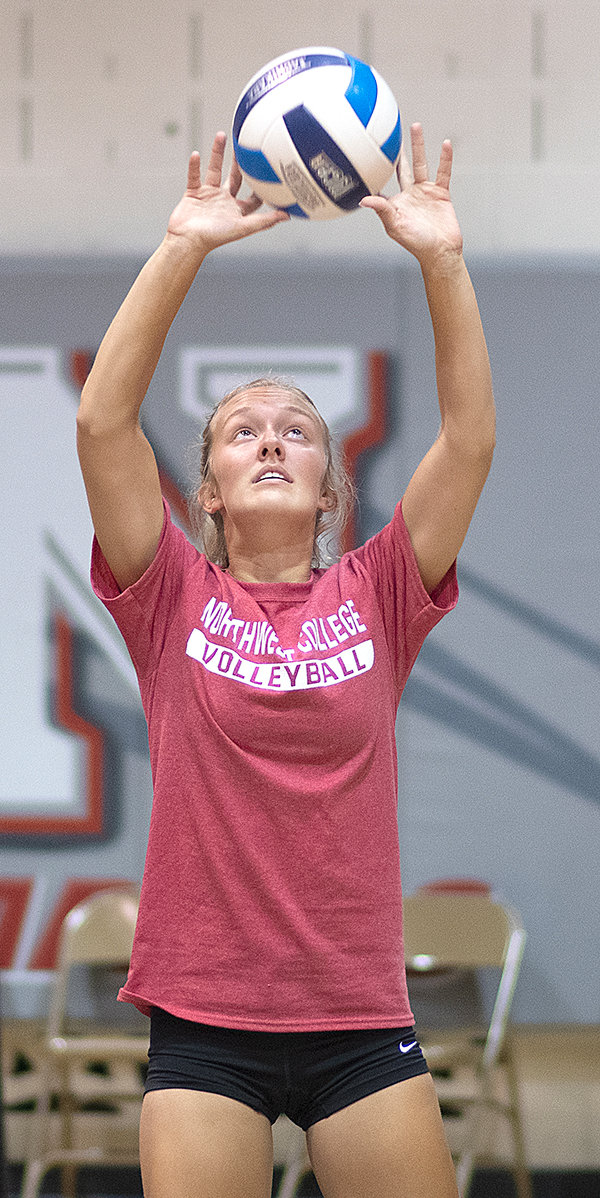 Northwest College couldn’t have asked for a better start to its volleyball season.

Head coach Scott Keister said he expected four wins heading into the weekend, but more than the victories, he was pleased with how his team played.

“We’re always looking at what we can do better, not just the result,” Keister said. “If we win, great, but our focus was taking care of the ball and seeing what different shots we could have and things like that.”

Of the Trappers’ 12 set wins, they kept opponents in single digits twice. They also hit above .300 in several sets, the best coming in the third set against Dawson CC on Sunday, when NWC hit .577.

The coaches and players alike saw impressive team chemistry in all four matches — cohesion that usually doesn’t come along until later in the season.

“The bench was a little more involved than it was last year,” Keister said. “To have 10 returners who have played a season, it’s easy to coach the six newcomers. It’s what I thought we’d have this year.”

With 25 kills and a .413 hitting percentage on the weekend, sophomore Sabree Adams was named the “Volleyball Trapper of the Week.”

“It was a good tournament to get our chemistry going, and we have a pretty good lineup that will stick together,” Adams said.

Keister also singled out freshman Sidney Parker and sophomore Shante Falslev as others who excelled in the season-opening tourney.

After an impressive freshman campaign in the spring, Adams’ experience has already shown to be pivotal for the Trappers.

“When she decides she wants to be on, she’s on,” Keister said. “She knows what she’s supposed to be doing — just go do it. She started to feel it, and now it’s a little easier for her.”

Adams added, “I’ve perfected a lot of my timing. I want to earn it; I don’t want it to be given to me.”

A freshman, Parker’s versatility was on full display, as she rotated between middle blocker and outside hitter throughout the tournament.

“It was relieving playing for the first time, and it was nice to step into different roles,” Parker said.

Keister admitted that nerves may take a toll on the team’s performance early on, but he hopes those fade away soon after and the Trappers are able to feed off the crowd’s energy.

“Into that first set, it’s all gonna go away and then it’s business as usual,” the coach said.

“They’re excited, and hopefully we have a good crowd.”

Added Adams, “I’m excited to have a student section. It helps every team to have people cheering for them.”