NWC volleyball at 11-1 after weekend in Idaho

Northwest College won three of four volleyball matches in Couer d’Alene, Idaho, over the weekend to build its season record to 11-1.

The Trappers lost for the first time on Saturday, in …

NWC volleyball at 11-1 after weekend in Idaho 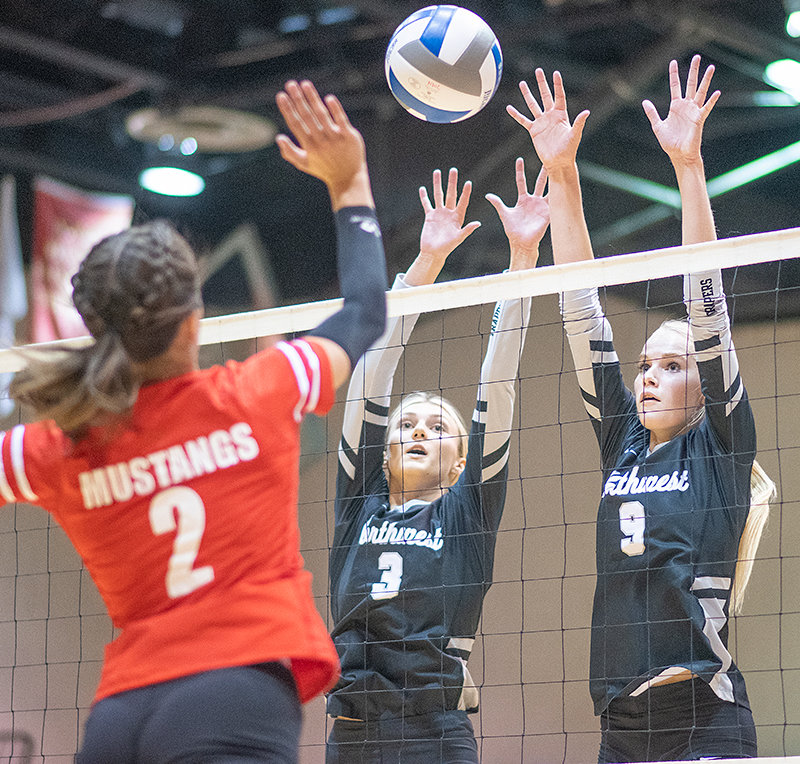 Northwest College won three of four volleyball matches in Couer d’Alene, Idaho, over the weekend to build its season record to 11-1.

The Trappers lost for the first time on Saturday, in their final match of the weekend. They posted 3-0 match wins over Yakima Valley College of Yakima, Washington, and North Idaho College of Couer d’Alene, Idaho, on Friday.

Scheduled matches against Walla Walla College and Carroll College JV on Saturday were canceled when those two teams had to drop out of the weekend games because of COVID protocols.

“We came out strong on Friday and played solid volleyball,” said Keister. “We benefited from opponent errors through both matches, along with solid play from our middles. On Saturday, both Yakima and North Idaho played much better volleyball with very few mistakes and an aggressive attack.”

“Both matches were hard fought and good for us to see teams that would push us and play high and fast, giving some different looks as areas of improvement,” he added.

In Friday play, Sabree Adams had seven kills and Emily Baumstarck five kills and four blocks to lead the team over Yakima. Baylee Peterson and Sidney Parker each had eight kills and five digs against North Idaho, and Jacie Walker contributed 34 assists.

In Saturday’s five-game win over Yakima, Paige Weimer had 31 digs, and Sabree Adams and Baylee Petersen led the way with eight kills each. In the second North Idaho match, Peterson had 12 kills, Shante Falslev six kills and Page Weimer 33 digs.

Paige Weimer was selected as Volleyball Trapper of the Week for her performance, with 85 digs and 10 aces.

NWC hosts three home matches this weekend, facing off with the Wyoming All Stars Friday at noon and Colorado Northwestern at 4 p.m. The Trappers host Williston State Saturday at 10 a.m.

The roster of the Wyoming All Star team that takes the court in a Friday-Saturday round robin invitational at Northwest College is long on experience.

• Tasha Bjornestad of Powell, who played at Northwest College

• Shani Peterson of Cody via Monroe, Utah, who played at Central Utah, studied nursing at NWC and is now employed at Powell Valley Healthcare.

• Jenna Neves of Otto, who played at BYU

• Charee’ Critchfield of Otto, who played at Northwest College

• Dani Brinkerhoff of Sheridan via Star Valley, who played at Sheridan College

• Lelalelei Nomura of Sheridan via American Samoa, who played at Valdosta State and Chadron State

• Alex Stephens of Randolph, Utah via Lima, Montana, who played at Northwest College.