NWC trustees continue to discuss a new direction for the college

At this month’s board meeting, Northwest College leaders continued mulling whether to rename the college — and what that new name might be — as part of an overall transformation …

NWC trustees continue to discuss a new direction for the college 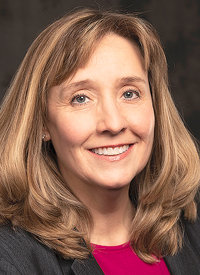 At this month’s board meeting, Northwest College leaders continued mulling whether to rename the college — and what that new name might be — as part of an overall transformation effort. One member of the board of trustees called for action.

Members of the board indicated a growing weariness with the discussion of how the college will brand itself to attract a shrinking pool of college-bound students — a nationwide problem in higher education.

“It’s like COVID fatigue,” said Mark Wurzel, president of the board. “We’re having transformation fatigue.”

In the summer of 2020, at a cost of $93,160, NWC contracted with CampusWorks. The consulting firm has been tasked with helping guide the development of a rebranding plan, which has since been referred to as the transformation.

Besides hours of discussion at board meetings, the college held several community meetings to get public input on the direction of the college. Four models were developed that would form a core of the college’s identity and differentiate it from its competitors. The original timeline suggested choosing a direction from the four models sometime this semester.

To date, the board has not made a decision on which, if any, of the four models to go with — or if it should be a mixture of multiple options. Renaming the college in-line with a new direction was an option for the overall transformation effort.

As the discussion resumed at this month’s board meeting, Trustee Larry Todd reiterated that any change in the name of the college must be tied to some long term vision, which the board has not yet entirely defined.

Trustee John Housel expressed a concern that the college, in choosing a direction for its future, would forget its roots. Historically, Housel pointed out, NWC was known as the primary liberal arts college in the state.

“I frankly would like to see that continue,” Housel said.

One of the main motivations for the name change, Housel discussed, is the need to distinguish itself from higher learning institutions with “northern” or “northwestern” in the name. There are over 30 across the country, including the Northern Wyoming Community College District, which previously included Sheridan and Gillette colleges. (Gillette College voted to create a separate district earlier this year.)

Housel pointed out that, in community input sessions, the name “Yellowstone College” had larger support than other names. He said a decision shouldn’t be made before the transformation plan is fully in place, but he thinks the Yellowstone name stood out.

“It seems to me a pretty good idea,” Housel said.

Todd proposed the option of a tagline, which would be a sort of motto to be tacked on at the end of the current college’s name, such as “Northwest College — The home of Yellowstone.”

Trustee Bob Newsome said he opposed the Yellowstone name and questioned the wisdom of any name change, saying the college would lose 75 years of name recognition.

Interim President Lisa Watson brought up the need to consider the expenses involved with renaming the college. In making a decision, Watson said the board should keep in mind that the community would be concerned if the money was well spent, especially with regard to those who don’t want to see the name changed at all.

“The question is, what are we trying to accomplish with that change? What do we hope to gain by that?” Watson asked.

She brought up another name that’s being floated around — Northwest Wyoming College, which might be more palatable to those, especially alumni supporting the NWC Foundation, who want to keep the current name.

One of the four transformation models on the table markets to students seeking directly applicable skills to industries, which would make NWC more geared towards trades.

Trustee Dusty Spomer questioned if this was a good approach as the school doesn’t have a lot of companies requesting more programs tailored to specific skillsets.

However, Newsome said workforce training was a lucrative market that could attract students. He related how a 29-year-old truck driver he knew was making somewhere near six figures a year.

“I think we need to look a lot more at that. Is it important to have music? Sure … But students are looking to, ‘What can I do that can get me further down the road? Philosophy 101 is nice, but is it going to get me a job?’” Newsome asked rhetorically.

Spomer urged his fellow board members to move beyond discussion into action.

Wurzel argued that, while the board was growing weary of the discussion, action was taking place. The college is making efforts to change its approach to recruitment. While there are fewer students to recruit now, the work is happening, Wurzel said.

“We just haven’t given it a name, and I don’t know the name has to pick one of these four models,” he said, adding that the board does need to make a decision and finalize the college’s future direction.

Trustee Carolyn Danko agreed, saying, ‘“As far as the four models, we have our foot in every one of those.”

Spomer said CampusWorks, in the beginning of the transformation planning, advised NWC that it needed to change how it markets itself or it was going to continue to lose students. It isn’t enough to just work harder, he said, saying the college needs a distinctive strategy.

“We have to wake up to that,” Spomer said.

The board took no voting action at the end of the discussion, but agreed to discuss the issues further at a board retreat.

Northwest College has officially opened the application process in its presidential search, which will remain open until Jan. 10.

Applicants will submit all documents through the college’s online system and the data submitted there will be the only application information presented to the search committee. Candidates must have a master’s degree from a regionally accredited institution, and an earned doctorate is preferred. The college’s board of trustees had debated whether to make a doctorate a job requirement, but ultimately decided against it.

Other required qualifications include:

• A minimum of five years of significant, high-level, leadership experience comparable in scope with this position, plus
progressive management responsibilities;

• An understanding of, experience with, and commitment to the process and educational philosophy of a comprehensive community college.

A complete overview of the position, desired competencies and attributes, along with the application process and timeline can be found at nwc.edu/presidentialsearch.

The anticipated start date is July 1.

Lisa Watson has been serving as NWC’s interim president since November 2020, after former President Stefani Hicswa left to become a chancellor at Montana State University — Billings. Watson had previously served as the college vice president for administrative services and finance since 2014.