The season started rough for the Trappers, as they lost their first five … 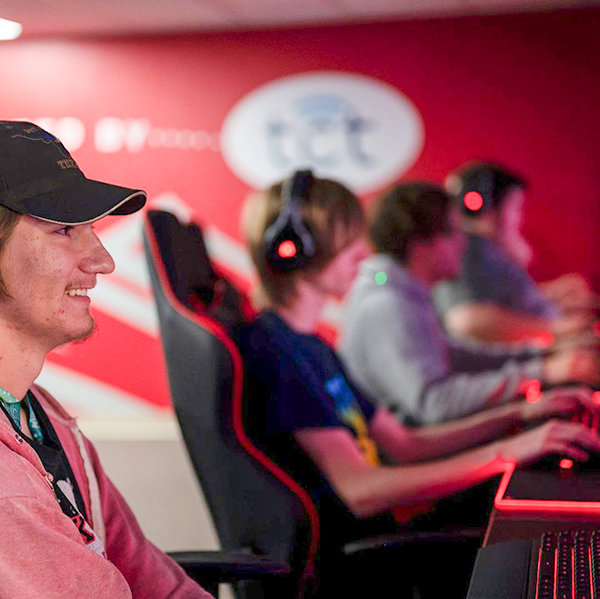 The season started rough for the Trappers, as they lost their first five matches Sept. 20-24 over a combination of Rocket League, Hearthstone, Call of Duty: Cold War and Overwatch.

Entering into the second week of competition the team started out with a victory in Rocket League against Wake Technical Community College which became a monumental moment for the program.

“The students were freaking out running around the room when they got the win,” new NWC head coach Chris Dugger said.

Following that first victory on Sept. 27, the team started to find its groove with Eli Gunther earning a win in Hearthstone against Nassau Community College, along with two more wins in Call of Duty against Three Rivers and Nassau.

Within the National Junior College Athletic Association’s (NJCAA) esports program, Call of Duty employs a two-man team that competes in “Gunfight,” a mode where each team is assigned a random class and must defeat the enemy team to win the round.

Rocket League is a 3v3 mode, Overwatch is 5v5 and Hearthstone is a 1v1 game mode.

It remains early in the season and Dugger said they are still trying to figure out a practice schedule, as the team formed and the esports facility opened a week before their first competition.

His prior experience with gaming has helped Dugger strategize early on as the Trappers adjust to the competitive gaming seen in college.

“I have hands on knowledge of esports, I am no stranger to video games and the competitive side of it,” Dugger said.

He said only a handful of the NWC team members had played together the first week, but the communication improved tenfold going into the second week.

Dugger also said he recently received notice that the NJCAA is attempting to add League of Legends into the rotation.

The Trapper team competes at least once each week for nine weeks in a round-robin format against every team in each game, which will culminate in a tournament style finals beginning in November.

Dugger said any students wishing to join the team can contact him, or stop by the esports center any time Monday through Friday from 1-8 p.m.