A standout player from last season’s Trapper men’s basketball team is moving on to the next stage.

Guard Kyle Brown has committed to play at the University of Missouri-Kansas City, … 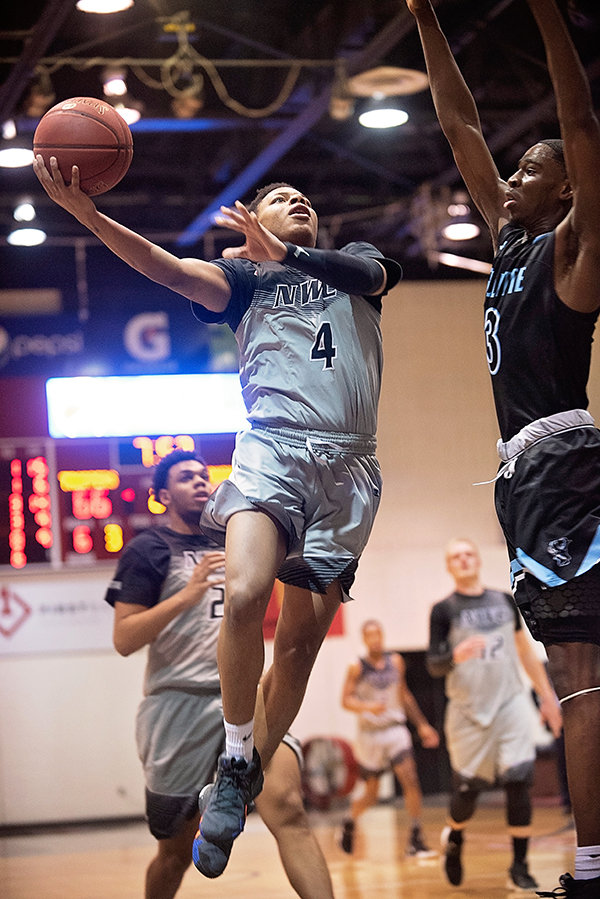 Former Northwest College guard Kyle Brown — who averaged nearly 25 points per game as a sophomore last season — is moving on to play Division I basketball at the University of Missouri-Kansas City.
Tribune file photo by Carla Wensky
Posted Tuesday, September 8, 2020 8:10 am
By Carson Field

A standout player from last season’s Trapper men’s basketball team is moving on to the next stage.

Guard Kyle Brown has committed to play at the University of Missouri-Kansas City, which has a Division I program in the Summit League. Brown is the fifth Trapper since 2015 to use NWC as a stepping stone to a D1 men’s basketball program.

“It feels good,” Brown said. “It was a dream come true when I found out a couple weeks ago.”

Before his two-year career at Northwest College, Brown broke his foot for the second time while playing for Charlotte Basketball Academy. As a result, he sat out the 2017-18 season and didn’t receive a Division I offer.

This arduous journey makes the commitment even more special for Brown.

“It’s all about bouncing back,” Brown said. “I didn’t know if I’d be able to play again, and I’m glad my coaches believed in me. It’s amazing.”

In his second year at NWC, Brown was sixth in NJCAA in scoring, averaging 24.7 points per game while shooting 49% from the field. He also posted a 35.8% clip from 3-point range and shot 82% from the free-throw line.

Against Casper on Jan. 25, Brown broke NWC’s single-game scoring record with 52 points, and he was also named NJCAA player of the week on Dec. 11, 2019. Brown earned Male Trapper Athlete of the Year honors for his contributions throughout the 2019-20 season.

It was a vast improvement from his freshman year, when he averaged just eight points per game.

Knowing he’d play a larger role as a sophomore, Brown used the 2019 offseason to continue his development.

“I worked hard in the summer,” Brown said. “I knew I was going to have to be the leader, so I just worked to get better.”

NWC head coach Jay Collins said, “We were depleted, so he had to step up. There weren’t a lot of scoring options, so he turned into that.”

Making it to Division I basketball is an accomplishment in itself. It’s the highest collegiate level of men’s basketball, and less than 15% of junior college players make it there.

Brown’s hard work and experience playing at NWC will pay dividends as he makes the jump to D1 and the Kansas City Roos.

“Northwest taught me to keep pushing to get better,” Brown said. “Keep striving for greatness and good things will happen.”

Collins added that, “He’s ready for it. From competing with Region IX guards night-in and night-out, he’s used to playing against strong competition.”