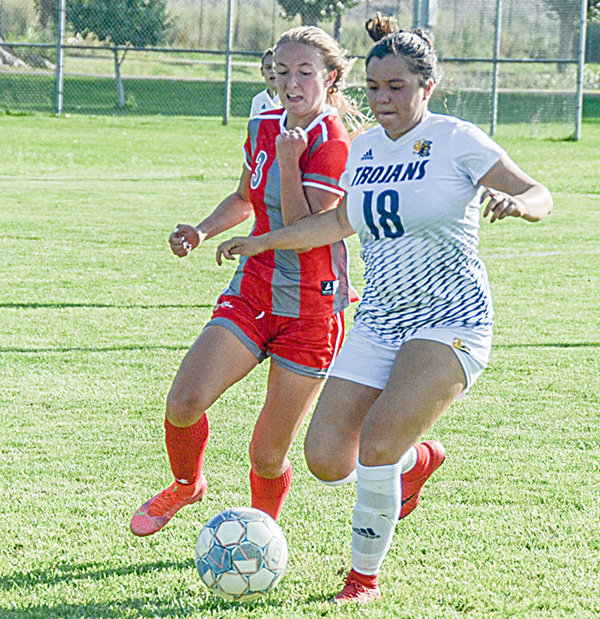 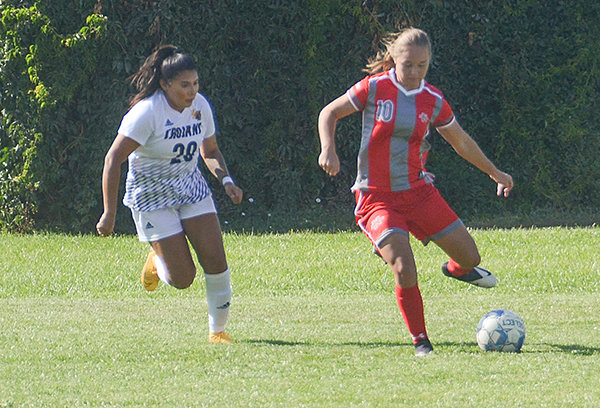 The NWC team came out with a lot of energy against Trinidad. Freshman Peyton Roswadovski scored a goal in the first four minutes of the contest after consistent high-line pressure from the team.

The Trappers extended their lead at the end of the first half when freshman Kameron Stitt broke away from the defense and was fouled in the box. She drew a penalty kick that was buried by Roswadovski to make it 2-0 at halftime.

NWC coach Rob Hill said that, despite the energy in the first half, the team was unable to control the pace in the second half and allowed Trinidad opportunities to get back in the match.

“We tried to push the pace rather than being composed and controlling the game,” Hill said.

Despite the attempt to push the pace, the coach said sophomore Larissa Santos was able to shut down Trinidad forward Laura Torres for much of the second half to ensure the Trappers kept a clean sheet.

Hill said it was NWC’s first win at Trinidad in a long time, but moving into Saturday, the women’s side had never beaten Otero.

Despite nagging injuries and experimenting with different positions, the Trappers again came out with energy on Saturday with Roswadovski again netting an early goal.

Roswadovski’s early goal was added after freshman Zoey Bonner scored off of a cross turned shot to give the Trappers a 2-0 advantage.

The NWC defense allowed a goal which cut the lead in half, but another penalty from Roswadovski restored the two-goal lead at 3-1.

Late in the second half the Trappers gave up a penalty due to a handling in the box which made the score 3-2, and another goal with five minutes remaining sent the game to extra time tied at 3-3.

Thankfully for the Trappers, they came out with pace again in extra time and Roswadovski finished her hat trick with the game-winning goal to defeat Otero 4-3.

Hill said he was glad the team held such a strong mentality despite the long road trip along with injuries and COVID-19 quarantines affecting the team.

The women’s team carried a three game unbeaten run into a matchup on the road with Central Wyoming College on Wednesday. Read more about that matchup along with a preview of next week’s home matchups against LCCC and Casper College in a future issue.