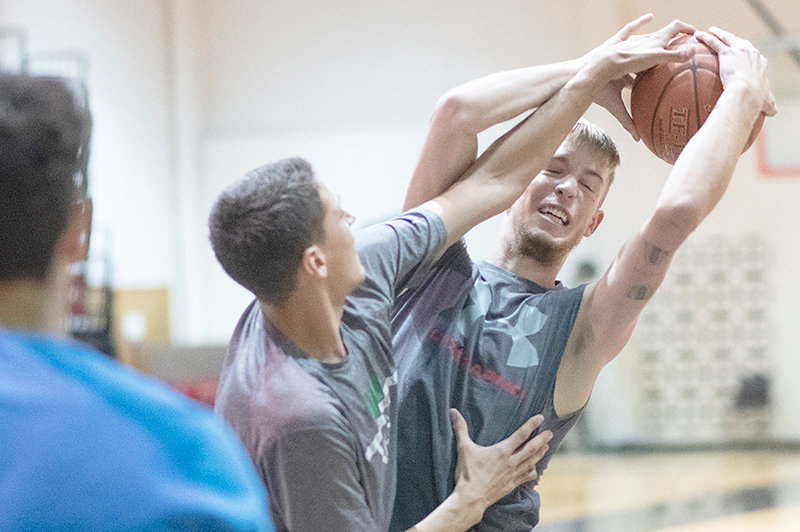 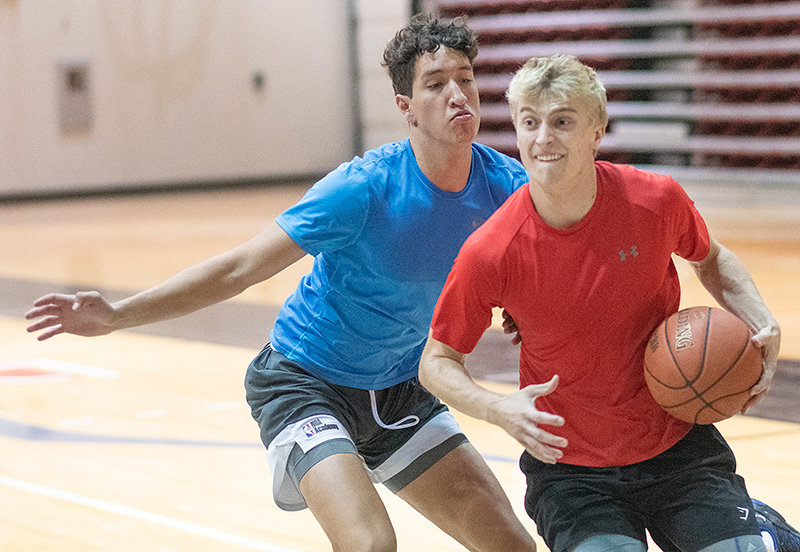 “Both of them are very talented and great additions to the team,” Collins said.

A 6-foot-9 post from the Czech Republic, Vondra is a “very skilled” player who can step outside, and Collins compares Vondra’s game to a “prototypical Euro player who can score in and out.” Vondra played for his national team in the U18 FIBA European Championship.

Vondra sees himself being a valuable contributor on both ends.

“I think I will help the team in offense and defense,” Vondra said. “I like to set screens and whip out so I can shoot threes, and on defense, help them play team defense.”

During his time at NWC, Vondra hopes to become more physical, as well as improving his defense. Collins likened Vondra’s abilities to Denver Nuggets center Nikola Jokic, who won NBA MVP in the 2020-21 season.

Ayala is a long, 6-foot-7 guard who can “really shoot the ball,” per Collins. He hails from Nayarit, Mexico, the home state of the Trapper women’s basketball team’s Celina Tress.

The opportunity to play at a strong basketball program in the United States with a built-in friend helped lead Ayala to Powell.

“I’ve known [Celina] since we were little kids, so it’s nice to have someone here that I know,” Ayala said. “And for the whole college experience, I thought Northwest was the right place to do it.”

Ayala sees himself boosting the team’s chemistry immediately, thanks to his leadership skills.

“I think I’m a good teammate and a leader,” he said. “I think that will help the team, and I can shoot the ball well, so hopefully that helps.”

All in all, Collins expects both to make an impact as freshmen, bringing size and skill to the roster.

“I’m looking forward to both of them being major contributors this year,” Collins said.