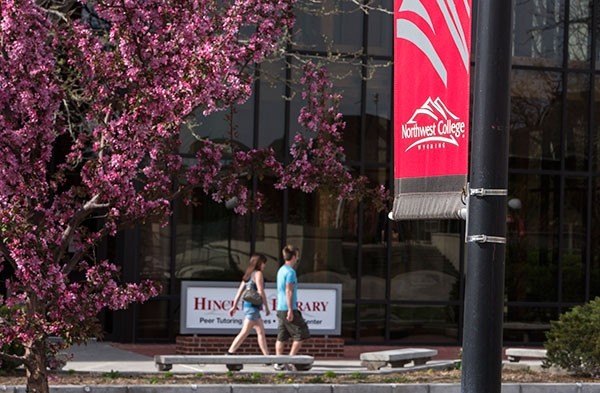 Northwest College is ranked No. 4 among the nation’s community colleges, according to a report from WalletHub.com, an online data service.

The report also ranks Wyoming third among the states for its community college system.

“Long perceived as the bottom rung of the higher-education ladder, community colleges ... are finally garnering the respect they deserve,” wrote Rickie Bernardo, a personal finance writer for WalletHub.

“We are thrilled to be ranked No. 4 in the nation by WalletHub,” said NWC President Stefani Hicswa.

She said college leaders and faculty are aiming for student retention, academic rigor and student success.

“It’s paying off,” she said. “It’s nice to know where we stand nationally, but our focus is on our students. We’re doing what we’re doing for student success, and not to earn a national rank.”

John Housel of Cody, president of the NWC Board of Trustees, said, “While this result is very pleasing, it is, in many respects, not surprising to me.”

Housel noted that three of the categories speak to the quality and excellence of instructors at Northwest.

“I have been on the board for nine years, and it’s my belief that any of those instructors can be compared with those at any other college or university in the country,” he said. “The educational experience at Northwest, the quality and the excellence, can be compared (equally as well).”

Now, he said, “Our challenge is to continue to meet, and preferably exceed, these excellent results.”

Jim Rose, executive director of the Wyoming Community College Commission in Cheyenne, said the rankings are good news, both for Wyoming and for Northwest College.

“To me what’s intriguing is, they used 17 different kinds of measures,” he said. “It’s not just a measure of popularity.”

Northwest’s No. 4 spot “is a great piece of information for you folks up in the northwest,” he said.

He said community college employees, particularly the faculty, work hard to interact with students and engage them in their educational experience.

“This is where those efforts to engage their students is born out in the data, so that is good news,” he said.

However, “They’re working on some things to really try to improve,” he said. He noted that, depending on the methodology, a dramatic improvement from a low rank could tend to move a state up on the list more than a consistently strong performance by another state.

The report notes that data was available for only 670 of the 1,100 institutional members of the American Association of Community Colleges.

In the report, Bernardo noted the average age of community college students nationally is 28, and that perpetuates the misconception that they failed admission standards at “real” universities.

“But in their defense, a vast majority of these students balance their studies with jobs, family or both — commitments that often limit their enrollment to one or two classes per semester and force them to delay graduation,” Bernardo said.

“Across the board, however, community colleges are slowly stacking up against their traditional four-year counterparts.”