No Mercy: Panthers cruise to road win over Worland

Many parallels can be drawn between Powell’s first two football games: The Panthers rushed to sizable early leads against Riverton and Worland; they had very few defensive lapses; and they were …

No Mercy: Panthers cruise to road win over Worland 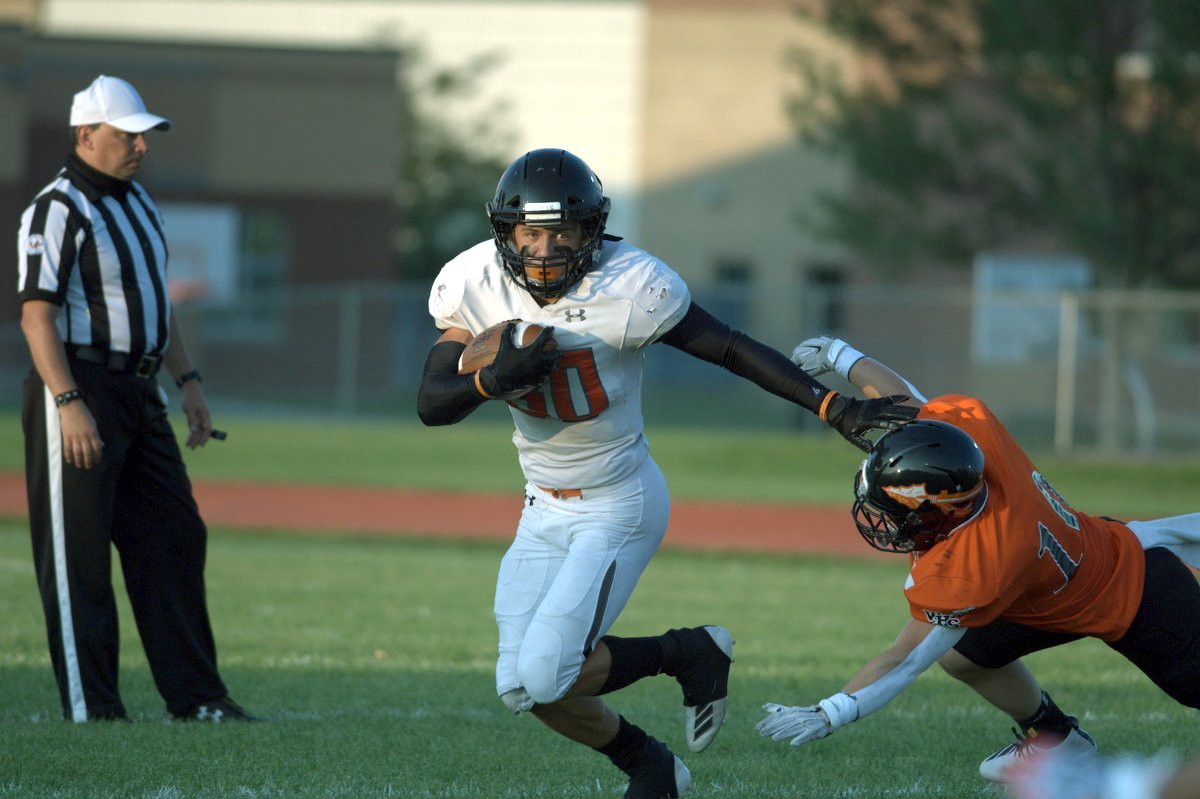 Junior running back Reed Smith stiff arms a defender in Powell's win over Worland on Friday. Smith notched 67 yards on the ground on a night where the Panthers posted 303 rushing yards as a team.
Tribune photo by Carson Field 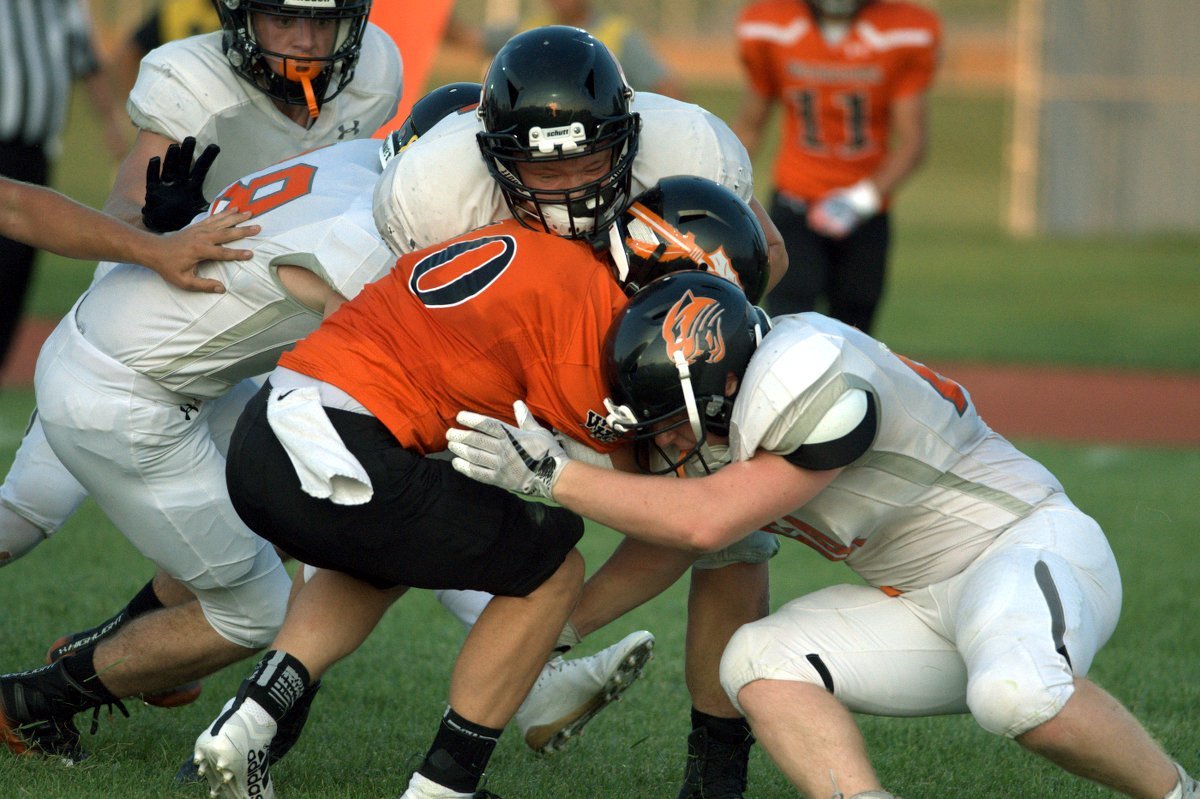 A group of Panthers swarm Warrior running back Taylor Pierce in Powell's 41-6 win on Friday in Worland. Powell held Worland to just 6 rushing yards in the win.
Tribune photo by Carson Field
Previous Next
Posted Saturday, September 5, 2020 11:59 am
By Carson Field

Many parallels can be drawn between Powell’s first two football games: The Panthers rushed to sizable early leads against Riverton and Worland; they had very few defensive lapses; and they were efficient on the ground.

But there was one key difference: how the Panthers returned from the halftime break.

“One thing that we wanted to get better at this week was to execute in the second half,” head coach Chase Kistler said.

Holding a 21-0 lead at the intermission against Worland on Friday, Kistler preached focus and not letting up as he spoke with his team in the locker room. And it worked.

Powell rode its momentum and eventually won 41-6 — a vast improvement from Zero Week, when the Panthers turned the ball over seven times and scored just once after the break against Riverton.

“In part, we were gassed in the Zero Week game,” Kistler said. “I think that as we get into better shape we will continue to execute better in the second half.”

Once again, the run game set the tone for Powell’s offensive success from the first snap.

In total, the Panthers notched 303 rushing yards. This stellar performance was the result of cohesion between the backs and blockers.

“The run game goes hand in hand up front and the backfield,” Kistler said. “I think we executed very well upfront and that lets our backs run with confidence.”

Additionally, he completed five passes for 98 yards — including a 79-yard touchdown to senior receiver Jesse Trotter.

“He has the capability of hurting a defense with his arm and on the ground,” Kistler said of Lengfelder. “With him being a senior and a strong line in front of him helps him be more composed. Landon played well.”

Defensively, the Panthers were just as sharp.

Powell held Worland to just six rushing yards on 24 attempts. The Warriors found some leverage in the air, with Rudy Sanford recording 126 passing yards. But Worland only moved the chains four times in the game’s entirety.

Individually, Graham led the team in tackles with six, while Zach Ratcliff, Adrian Geller and Lane Shramek had four a piece.

“[The] defense played well and tackled very well, especially in the open field,” Kistler said. “Both sides of the ball executed and won the physicality battle.”

After two games, the Panthers are 2-0, having outscored opponents 78-13. Every aspect — offensive, defensive and special teams — has clicked for PHS, helping it sustain this early-season success.
But Kistler has been more impressed with the team’s positivity than on-field performance.

“2-0 is a great start,” the coach said, “but I’m more proud of the keep getting better attitude our team has shown.”

Next week, Powell will play its toughest opponent yet: Lander Valley. The Tigers have also cruised to a 2-0 record to start 2020, defeating Green River and Pinedale by a combined 21 points.

Kistler hopes to use the Labor Day weekend as time for his squad to rest ahead of next Friday’s home matchup.

“We want to keep building depth, and with this long weekend, hopefully we can rest and heal up and keep moving forward,” he said. “We want to improve every day as a team and do things right.”