'No explanation or reason' apparent in fatal North Fork crash

The driver, 61-year-old Manuel Defuentes, was arrested by the Wyoming Highway Patrol on Thursday night — hours after his truck hit five motorcycles being ridden by German tourists headed to Yellowstone National Park.

Three of the bikers …

'No explanation or reason' apparent in fatal North Fork crash 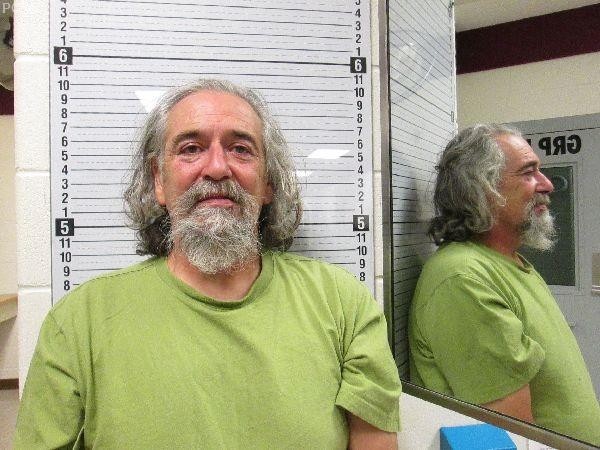 A day after an Oregon man crashed into a group of motorcyclists on the North Fork highway, authorities were still trying to determine what caused his vehicle to cross into the bikers' lane.

The driver, 61-year-old Manuel Defuentes, was arrested by the Wyoming Highway Patrol on Thursday night — hours after his truck hit five motorcycles being ridden by German tourists headed to Yellowstone National Park.

Three of the bikers — Tino Cachey, 53, Ute Cachey, 52 and Erik Brecht, 37 — died at the scene, just east of the Shoshone National Forest boundary and not far from Wapiti. Three other riders — Frank Brecht, 47, Dieter Brecht, 65 and Renate Geiger, 67 — were taken to West Park Hospital and then airlifted to Billings for further treatment, the Highway Patrol said. Another rider from Germany, 44-year-old Christine Mueller, and Defuentes were each treated and later able to be released from West Park Hospital, according to the patrol.

On Friday, the Park County Prosecuting Attorney's Office charged Defuentes with one count of vehicular homicide, a misdemeanor crime. A sworn statement from Trooper Blain Mollett filed in support of the charge alleges that Defuentes "operated his vehicle in a criminally negligent manner by failing to keep his vehicle in a single lane."

"There's a lot of things we need to look at," Skoric said of the continuing investigation.

"The fact that three people are dead and three remain in the hospital, the state believes that there is a danger to the community" with no apparent explanation, Skoric said, also noting Defuentes' lack of ties to the area.

Waters echoed Skoric's concerns, saying he really had "no hesitation" about setting bond at $25,000 on the "very serious charge."

Defuentes asked if could return to Oregon if he posts bond — "because I have nobody here, nowhere here to be," he said — but at least for now, he's required to stay in Park County if he comes up with the money.

Defuentes appears unlikely to be able to post the cash on his own, telling the court he's disabled and has little more than his totaled pickup and a motorcycle to his name.

He will be represented by a court-appointed attorney.

Defuentes said he suffers from debilitating cluster headaches and recently had his spleen removed because of cancer. He appeared to be in pain during Friday's hearing, getting the assistance of a sheriff's deputy to walk, sit and stand in the courtroom. Defuentes said he'd received bumps and bruises in the crash and his stomach is bothering him from the prior spleen surgery. He said a doctor told him there is an internal problem and "it's painful."

According to Mollett's affidavit, Defuentes said he'd been taking the drug Percocet to manage his pain following his surgery; Defuentes recalled last taking a pill at noon on Wednesday, the affidavit says.

Defuentes said he left his home in Ontario, Oregon, at 3 a.m. Thursday; he said he'd gotten about five hours of sleep, Mollett wrote.

Defuentes had been heading to Cody to pick up his ex-wife, Wyoming Highway Patrol Capt. Tom Pritchard told the Associated Press. It's a roughly 575-mile drive.

The crash occurred shortly after noon on Thursday, about 23 miles west of Cody.

Defuentes was traveling east in his 2003 GMC pickup on U.S. Highway 14-16-20, when he failed to make a gradual right-hand curve in a 50-mile-per-hour zone and crossed the center line, the patrol said.

His truck missed the first of the six motorcycles being driven by the German tourists, then sideswiped the next two, Mollett wrote. Continuing all the way into the bikers' westbound lane, Defuentes' truck hit two of the remaining motorcycles head-on, while the third bike crashed into the side of the pickup, Mollett said. A total of seven motorcyclists and their passengers were either injured or killed.

Defuentes reportedly was unable to offer any insight into what went wrong.

"Defuentes has no memory of the accident," Mollett wrote in his affidavit, later concluding that, "There was no explanation or reason observed for the truck entering the westbound lane of traffic."

The affidavit does hint at a couple the things that authorities will likely try to investigate further.

For example, a witness said Defuentes "appeared to be doing something with his left hand at the time he crossed the center line," Mollett wrote.

The trooper also wrote that Defuentes' pupils appeared to be "constricted" after the crash, which "can be a sign of someone under the influence of a controlled substance." However, Mollett also noted the interview was conducted in a room with bright light, which also generally causes constricted pupils. If Defuentes' blood was drawn after the crash — Skoric wouldn't comment on whether it was — testing could indicate whether Defuentes was impaired at the time of the crash.

A trial in the case is tentatively set for Aug. 25.

The Wyoming Highway Patrol initially booked Defuentes into jail on suspicion of three counts of vehicular homicide, but Skoric chose to file only one on Friday, leaving the possibility of filing additional, more serious charges if they are warranted by investigators' findings.

Editor's note: This version corrects the names and ages of the injured.