Yellowstone National Park reopened three of the five gates after floods forced the full closure of the park on June 13. With two of the entrances in Wyoming (South and East entrances) open, questions … 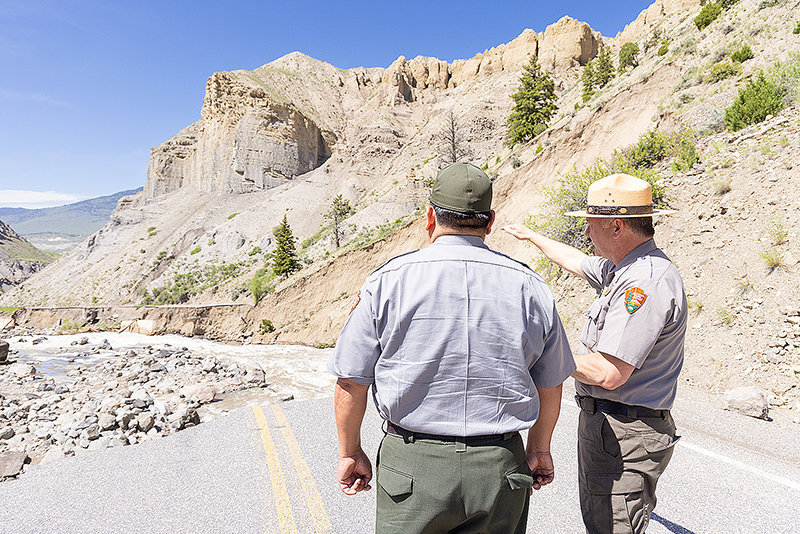 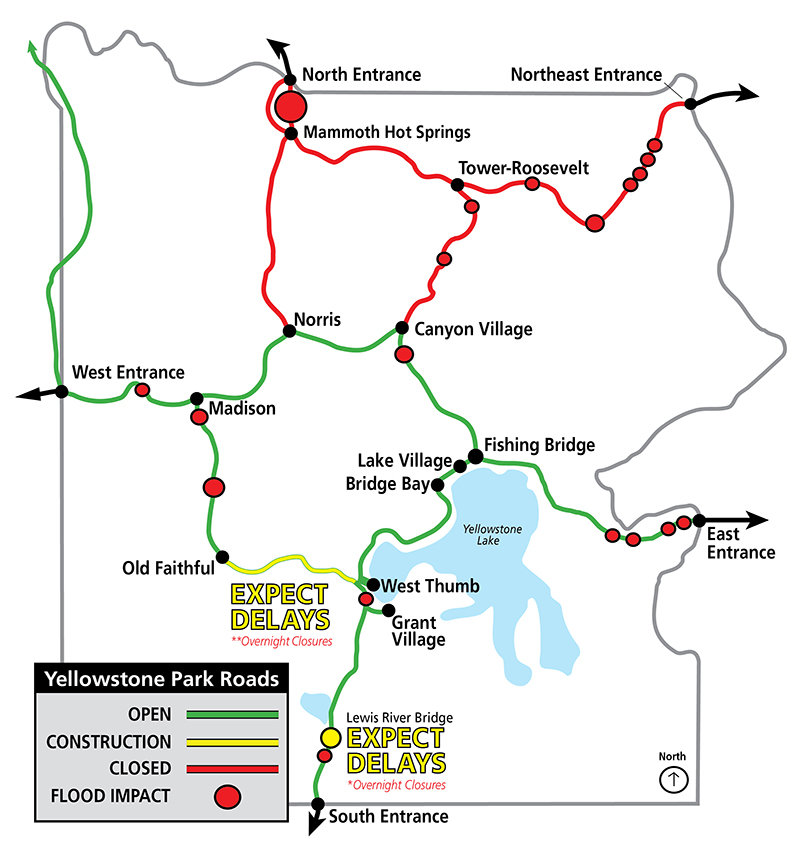 Yellowstone National Park reopened three of the five gates after floods forced the full closure of the park on June 13. With two of the entrances in Wyoming (South and East entrances) open, questions persist about the new odd/even license plate entry plan known as the Alternating License Plate System.

The system is designed to cut in half the number of visitors per day while the park deals with flood recovery, said Superintendent Cam Sholly.

“It’s rough math,” he said in an interview Wednesday morning. “But I do like the simplicity of it.”

The idea was first proposed to gateway communities and state officials. They opted for the system rather than immediately turning to an online reservation system, which would be problematic when implemented mid-season.

The Alternating License Plate System (ALPS) plan is based on the last numerical digit on a license plate; odd numbers are allowed entry on odd numbered dates and even numbers on even dates.

Personalized plates ending in letters will fall into the “odd” category for entrance purposes.

Plates with a mix of letters and numbers that end with a letter (for example YELL4EVR) will still use the last numerical digit on the plate to determine entrance days.

Entrance station staff will turn away vehicles attempting to enter the park when the odd/even numerical digits do not correspond to the odd/even calendar date. There are exceptions to the rules for commercial use operators, including commercial tours and stock groups.

Visitors with proof of overnight reservations in the park — at hotels, campgrounds and backcountry — will also be permitted to enter regardless of license plate number.

Park officials will monitor the license plate system and impacts on resources, infrastructure, operation and staffing, and “may adjust or implement a reservation or timed entry system, if necessary, after three to four weeks.”

As of Wednesday morning, backcountry areas accessible from roads open to the public will be restricted for day use only. Overnight use from trailheads in the south will open July 1.

Many questions folks are asking are not as easy to answer.

For example, many motorists like to head through the East Entrance to make short work of a drive to Jackson. The answer to whether you can do this on days that don’t correspond with the last digit of your license plate is a simple “no,” park officials stated.

Unfortunately, the new system doesn’t allow for this possible exception to the rule. That includes motorcycles.

“Motorcycle groups traveling together (two or more) where all license plates in the group don’t correspond to the date may enter on even dates only,” a spokesman advised.

“We understand that larger families and non-commercial groups do sometimes travel together in multiple vehicles that have different license plates (some odd/some even),” the spokesman said. “The license plate system will still apply to these groups, because allowing vehicles with non-compliant license plates to enter with compliant license plates would be a significant disruption to the goals the park is trying to achieve (protection of resources, visitor experience and infrastructure).”

Visitors must show printed or digital reservation confirmations at the gate.

“It’s highly recommended that visitors print or download their reservation confirmation in advance, as cell/data service is either unavailable or limited at entrance gates,” the park suggested.

The drivers of all vehicles associated with the reservation will need to have proof of their reservation in their possession.

Camping without a reservation is not allowed in the park, including in parked cars or RVs. Park rangers enforce no-camping rules on all roadways.

Bicyclists or visitors on foot are exempted from the ALPS.

Sholly said he had no doubt the initial days of the new system would be “chaotic” and said the park can quickly move to a reservation system — which has already been built — if the license plate plan fails.

“We have made tremendous progress in a very short amount of time but have a long way to go,” he said.

Less than 5,000 vehicles entered the south loop Wednesday. Normally it is 10,000 or more vehicles for this time of year. Less than 1% of vehicles had to be turned around due to having the wrong license plate, according to a park press release.

“While it’s too early to tell if the license plate system worked, it appears to have done its job by cutting our normal traffic counts by half,” Sholly said in a Wednesday email. “As we’ve discussed with our community partners, we will monitor this together and make adjustments if necessary. We’re happy to have visitors back in Yellowstone and appreciate the patience of the public and community partners as we continue working through this difficult situation.”