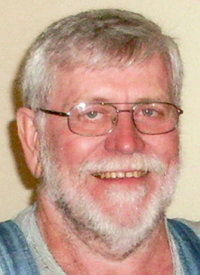 Neal was born Feb. 14, 1952, in Craig, Colorado, to V. John and Beth Lyman Petersen. The fourth of five children, he grew up moving all over the West. From childhood through his teen years in California, he was always an outdoorsman.

While living in California, he graduated high school, married, and began his career as a carpenter before moving to Powell in 1974 and raising his four children. Neal was a real man of the land and appreciated the freedom and nature available in Wyoming. Hunting and trapping were more than just hobbies. They were food, income and a way of life.

Neal was also a talented gardener and was never without a herd or flock or even a hatchery on his property. His grandkids will be eating his homegrown vegetables this winter, and he leaves behind a significant number of sheep and chickens. Throughout the years, Neal built many houses in the Powell community. He will be missed.

He is survived by his sons and daughters-in-law, Will and Lisa Petersen (Idaho) and Erik and Amy Petersen; his daughters and sons-in-law, David and Kelly Kellett and Eli and Sarah Wambeke; his sisters, Sylvia Fishe, Billy Welch (Michigan) and Karen (Lynny) Richmond; 26 grandchildren and two great- grandchildren.

He was preceded in death by his parents and brother Jack.