At 6 p.m. Wednesday, the Meeteetse Museums will offer “Living with Giants: Elephants and People Past, Present, and Future” — an online seminar presented by Robert Hitchcock and … 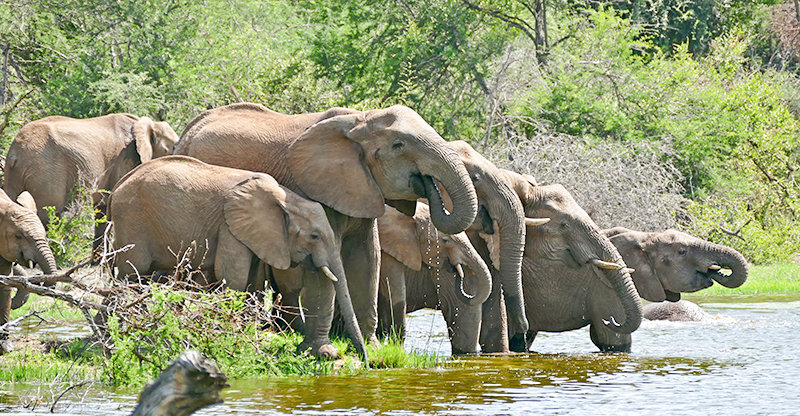 Elephants and their interactions with people are the subject of a Wednesday presentation being hosted by Meeteetse Museums on Facebook Live and Zoom. Presenters Robert Hitchcock and Melinda Kelly will draw on information they’ve obtained on elephants in places like Kruger National Park in South Africa, pictured above.
Photo courtesy Bernard DuPont 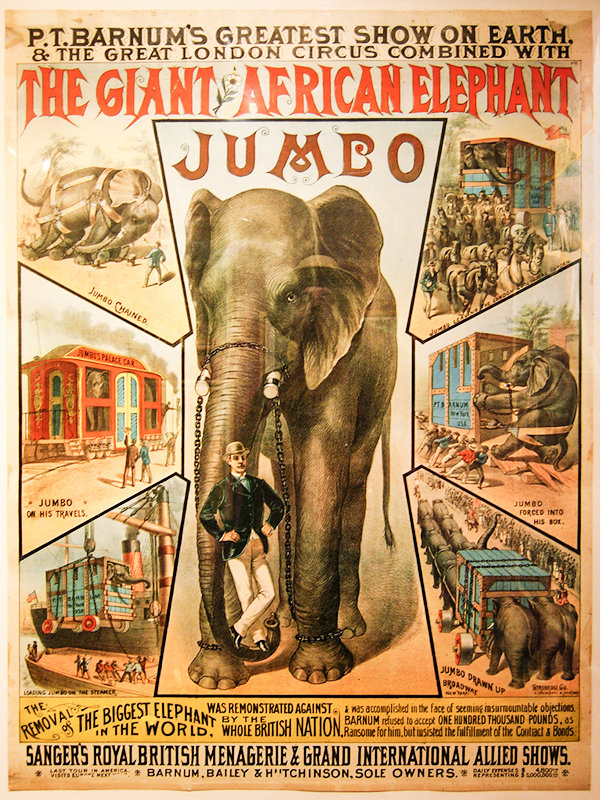 The presenters of a Wednesday discussion, Robert Hitchcock and Melinda Kelly, will examine the fascination with elephants in circuses and zoos — including Jumbo.
Courtesy image
Previous Next
Posted Tuesday, July 14, 2020 8:05 am

At 6 p.m. Wednesday, the Meeteetse Museums will offer “Living with Giants: Elephants and People Past, Present, and Future” — an online seminar presented by Robert Hitchcock and Melinda Kelly. The presentation is part of the museum’s ongoing Human and Wildlife Interactions Series. The series aims to explore current scientific research as well as historic events to better understand what happens when humans and wildlife meet.

Drawing on information they obtained in protected areas in southern Africa, Hitchcock and Kelly will discuss elephant-people interactions and the histories of those parks related to their past and present indigenous residents.

“This upcoming presentation ... covers the topic of elephants which may seem foreign,” said Amy Phillips, the director of Education and Programs for Meeteetse Museums, “but elephants give farmers about as much grief as grizzlies give ranchers.”

The seminar can be viewed live on the Meeteetse Museums Facebook page or via Zoom, accessible at bit.ly/3fsMlNl by using the password 176673.

“When we first drove up the Nata River in the northern Kalahari region of Botswana in August 1975, we were met on the road by a local Kalanga man, Mefly Maposa, coming from the opposite direction who said not to go further up the road because he was being chased by an angry bull elephant,” Hitchcock and Kelly wrote in an overview of their presentation. “Little did we realize at the time that much of our anthropological work over the next 45 years would be devoted to discussions of elephant-people interactions.”

Elephants are receiving considerable attention these days, they say, with increased interest and public concern about the species’ well-being. Elephant populations are currently on the decline due to hunting and deteriorating habitat, Hitchcock and Kelly say, particularly in western, central, and eastern Africa.

“Local people, including the San (Bushmen), among whom we have worked for several decades, have a deep interest in elephants, in part, they say, ‘because elephants bring tourists,’” Kelly and Hitchcock wrote. “They welcome elephants but also worry about them because some of them have a tendency to raid gardens; they have impacts on their water facilities, including borehole equipment, solar-powered batteries, and pipes, and they can sometimes be dangerous if people come across them in the bush.”

In Wednesday’s presentation, the duo will address the roles of elephants in tourism, the importance of elephants in the ecosystems of southern Africa, water-seeking by desert elephants, elephant communication systems, human-elephant conflict, and coexistence between elephants and people.

Mammoths and mastodons will also be part of the discussion, with the researchers assessing how those megaherbivores interacted with Paleoindians during the Late Pleistocene, particularly in the Great Plains and Southwest.

That will then move forward to the 19th and 20th century fascination with elephants — including Jumbo, “the most famous pachyderm ever” who was in the London Zoo and was eventually brought to the United States by P.T. Barnum. Hitchcock and Kelly will also look at modern attempts to “rewild” elephant populations, translocation strategies and methods used to assess numbers and distributions of elephants.

They’ll round out the presentation with an assessment of how the COVID-19 pandemic has impacted elephant populations in Africa and Asia.