Marital advice and other fibs

On Gar and I’s anniversary, a friend inquired whether we would ever be interested in giving marital advice to those fresh off the stage of their wedding reception. I thought he was joking, but …

Marital advice and other fibs 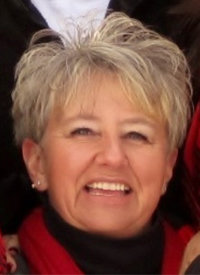 On Gar and I’s anniversary, a friend inquired whether we would ever be interested in giving marital advice to those fresh off the stage of their wedding reception. I thought he was joking, but no, he was truly genuine. I frowned, “Do you really think people are interested in listening to us quibble over whether the bedroom window should be open or closed?” He raised his eyebrows, so I went on, “First, maybe you need to understand that marriage is mostly war with bouts of truce.” He immediately threw out, “Well, you’ve been married 41 years.” I nodded, “That’s why I know things.”

I started wondering if Gar and I really do have anything to offer young people seeking matrimony. To get started, we should visit with them before they tie the knot. We could be waiting at the girl’s parent’s home when the guy shows up to ask for permission to marry her. We’d be standing directly behind her father, frowning, and no matter what her dad said, we’d shake our heads and tell him, “Instead of getting married, just go find someone you’re kind of attracted to who will put up with you sniping at her every time you’re together.” Gar and I are snipers, not yellers; we’re much more cunning and immature than the yeller’s grown up behavior.

I think we’d also like to be part of the engagement process. He could surprise her and go down on one knee, while I popped out from behind a tree to ask him if he’s gotten a good look at her grandma, because that’s what’s coming down the pike. Beauty isn’t lasting and he needs to know if he can deal with those wiry, black leg hairs relocating to her double chins. Yes, as we age, chins come in pairs. And is he intrigued with wrinkles? Because, one day, the crevices around her eyes will be deep as ditches, not to mention her middle’s transformation, which can be useful — I do have flabby thighs but fortunately my stomach covers them.

Also, do they both like brittle-as-a-curry-comb, gray hair? And that’s before it’s so thin, they can use their shiny heads to ping satellite images back to the space station. Gar could ask a really pertinent question of the girl. Is she interested in peeking at the young man’s grandpa because more than likely, he has chest-o-drawers disease. Gar says that’s where his chest falls down into his drawers and it happens much sooner than one could imagine. I’ll add here that grandmas experience this phenomenon also, which is why underwire bras were invented — by a woman who obviously hated other women.

If they scoff at our warnings and forge ahead with the wedding, we’ll go with them on the honeymoon. What a fun time, with us inquiring about issues like, do they realize they’ll soon be mostly deaf and will spend large segments of their day asking each other, “What did you say?” or “Did you say something?” or “I didn’t hear you”? Oftentimes it’s testier with, “Would you speak up” or “God love a duck, stop mumbling.”

We’ll tell them we hope they like snoring because unfortunately, that bit about being deaf is obsolete once the covers are pulled up to their chins. See, how I brought chins back in there? Boy, for clever.

I say partial deafness doesn’t matter because, oddly enough, while trying to sleep they will be acutely aware there’s a sawmill fully open for business and the hellacious sound is coming from the pillow right next to their ear. Here might be where we ask how they feel about murder? I’m almost joking. Gar’s not, but then he doesn’t wear ear plugs. I recommend Mack’s. They fit the ear canal so snugly, I can barely hear myself snore. Gar still can but geez, I can’t solve all his petty problems.

Soon-to-be-marrieds should spend 24 hours with Gar and I. A recent morning was a good example of how every day goes with us.

Me: What are you going to do today?

Gar: I’m gonna put that beam above the deck.

Me: Are you going to need help or can you do it by yourself?

Gar: I can do it myself.

Me: Really? How will you hold it?

Me” What? No, you don’t need ropes. I can help. Wait till I finish this project and I’ll come out. But if I’m helping and something doesn’t go like you planned, you can’t get cranky.