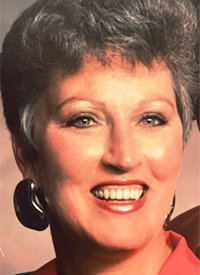 Marcia Beaver, 72, of Powell, passed away of natural causes on Wednesday, May 5, 2021, at Billings Clinic, in Billings, Montana.

Marcia was born April 9, 1949, in Worland, Wyoming, the daughter of Billie and Lorraine Isis (Inghram) Beaver.

Marcia is survived by her brother Michael (Mickey) Beaver and sister-in-law Robin Beaver of Spokane, Washington; and nephew Torrey Voigt of Lolo, Montana. She was preceded in death by her parents.

Marcia graduated from Worland High School in 1967. She had a long, fruitful life and worked hard. In the early years, she worked as a corporate secretary at True Oil in Casper. She was an administrative assistant at Northwest College from 1992 to 2008, when she retired with her sweetheart, Bob Sedar, in Mesa, Arizona. She returned to Powell upon Bob’s death in 2013 and reconnected with friends, who she fittingly called “family.”

Marcia enjoyed travel, reading and crafts. She loved to landscape and garden and took a great deal of pride in her homes, often turning a weary yard into a “Better Homes & Gardens” showplace.

Marcia’s presence in any room was impossible to overlook, and she had the ability to make everyone laugh. She will be remembered for her kindness and generosity, as well as her deep love of animals and her family.

Interment will be in a family plot in Worland. A private memorial service will be held at a later date.

Gifts can be made in Marcia’s honor to Northwest College Foundation Nursing Scholarships, 231 W. Sixth St., Powell, WY 82435, or online at www.nwcollegefoundation.org. Cremation & Funeral Gallery in Billings is in charge of arrangements.