One year removed from a first trip to the NOBULL CrossFit Games in Madison, Wisconsin, Cooper Wise and team CrossFit Omnia Black are set to make a return to the finals in August. 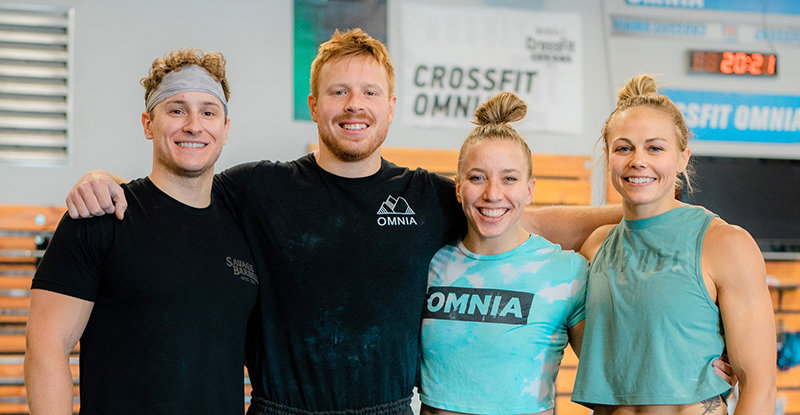 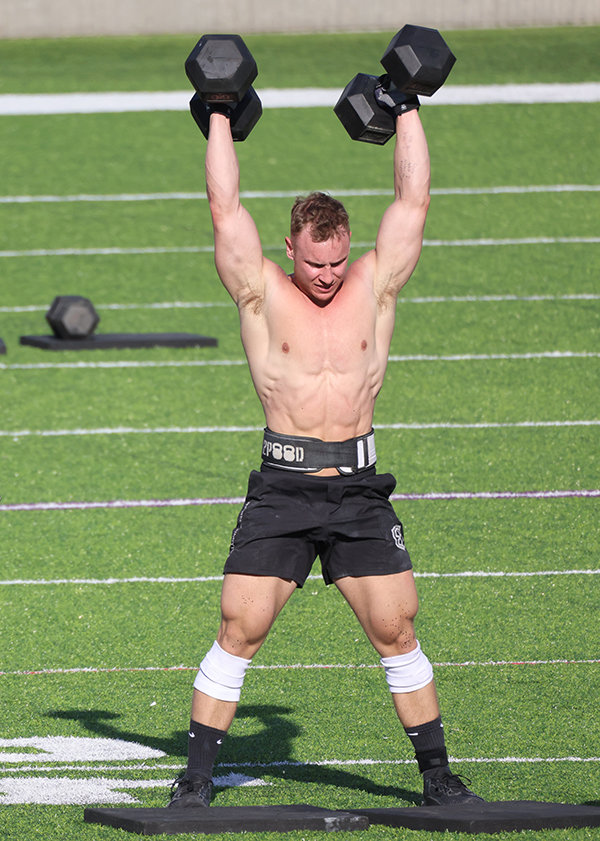 Cooper Wise lifts dumbbells up over his head while competing at the Granite Games last summer. Wise qualified for his second straight NOBULL CrossFit Games this year in August.
Photo courtesy Greg Wise
Previous Next
Posted Tuesday, June 21, 2022 8:05 am
By Seth Romsa

One year removed from a first trip to the NOBULL CrossFit Games in Madison, Wisconsin, Cooper Wise and team CrossFit Omnia Black are set to make a return to the finals in August.

After winning the Granite Games in Minnesota last year, Wise and his team made the decision to enter a different competition — heading to the Atlas Games in Montreal, Canada.

Team Omnia came out on top, coming out ahead of the host team from Montreal by 15 points finishing with a total of 525.

Wise said that this year was difficult due to the bigger travel arrangements needed to make it to Canada, but once the team arrived the group settled in and it felt like business as usual.

Heading back to the finals this year, Wise is hopeful that the team can show an improvement over last year’s finish.

“We are really excited, last year was brand new to use and we were really happy to qualify,” Wise said. “This year we are still excited but have higher expectations for ourselves.”

Shifting to this year Wise has had additional changes in his life that have allowed him to train better compared to last year.

Last year Wise was working the night shift during his job, but has since transitioned to a day shift this year. The new shift is three 12 hour days that allows him to focus hard on training during days off.

Heading in with the knowledge and experience from last year, the group knows what different items to throw into their routine in order to help train for the finals.

The group features three returnees from last year, as Wise, MaryKay Dreisilker and Elisa Schauer return with the addition of Jacob Schmidt to the crew.

Training over the next month and a half can add in any sort of different activity, including four person sled push/pull, sandbag carrying and different fitness items to help be prepared for anything at the games.

This year Wise knows that the level of competition has elevated from last year, when the team finished No. 16 overall.

“There are better teams from around the world this year,” Wise said. “It would be a big improvement to be in the top 10 with these teams. We have done it once already, and we are excited to have the opportunity to do it again.”

The NOBULL Crossfit Games kick off on Aug. 3 and finish on Aug. 7 in Madison.