Man denies charge alleging that he drunkenly crashed into motorcyclist

A Ralston man is tentatively scheduled for an early 2022 trial on allegations that he drunkenly crashed into and seriously injured a motorcyclist on the North Fork last summer.

Man denies charge alleging that he drunkenly crashed into motorcyclist 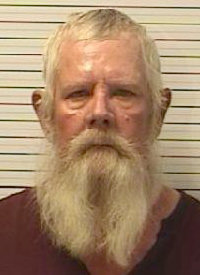 A Ralston man is tentatively scheduled for an early 2022 trial on allegations that he drunkenly crashed into and seriously injured a motorcyclist on the North Fork last summer.

Eddie L. Boyles, 64, stands charged with a felony count of causing serious bodily injury while driving under the influence of alcohol, plus misdemeanor counts of leaving the scene of an accident and failing to maintain a single lane. At an appearance in Park County District Court last month, Boyles pleaded not guilty to the charge. Judge Bill Simpson scheduled a Feb. 14 trial.

Boyles has been held in the Park County Detention Center since August on a $15,000 bond. At his Sept. 17 arraignment, Boyles asked to have his bail reduced, but Simpson declined to do so, according to court records.

Park County prosecutors say Boyles had been driving on U.S. Highway 14/16/20 within the Shoshone National Forest when he swerved into the oncoming lane of travel.

His truck collided with an approaching motorcycle — injuring both the driver and the passenger on the bike — but Boyles kept driving, according to what multiple witnesses later told the Wyoming Highway Patrol.

The motorcycle driver suffered extensive injuries to his foot in the Aug. 5 crash and was flown to Billings for medical treatment, charging documents say. The driver’s wife said the foot was twisted into the opposite direction and bones broke through the skin; a doctor reportedly told the couple that the foot would never be the same.

When Boyles exited his camper, he could barely walk down the steps and he smelled strongly of alcohol, Davis wrote in a report; Boyles told the trooper he’d been drinking Rich & Rare whiskey for hours and hadn’t eaten in days.

An initial breath test, administered around 4 p.m., pegged Boyles’ blood alcohol level at 0.171% — more than twice the legal limit for driving, Eichele wrote. He said the defendant was later unable to provide a sample for a full-fledged breath test, so a blood sample was drawn for analysis; results of that test are not included in court records.

A pretrial conference is currently set for Jan. 6. The hearing offers an opportunity for the prosecution and defense to tell the court whether they expect the case to be resolved by some kind of stipulation or proceed to a trial — though they can also resolve the charges at any point between now and then.