Local woman has lots of love for a giant breed

For years, Lisa Horton was not a dog person. The breed that turned her around averages between 100-200 pounds, slobbers all over and required her to install a bulletproof window.

Local woman has lots of love for a giant breed 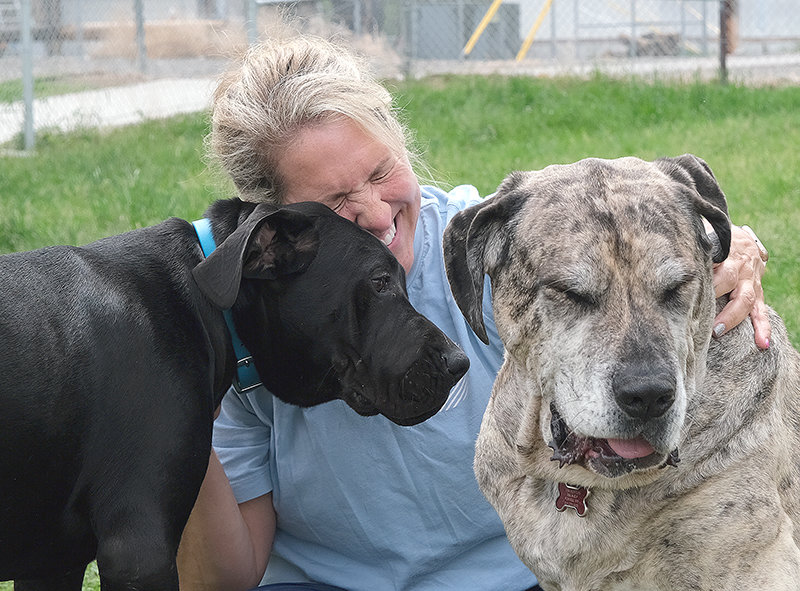 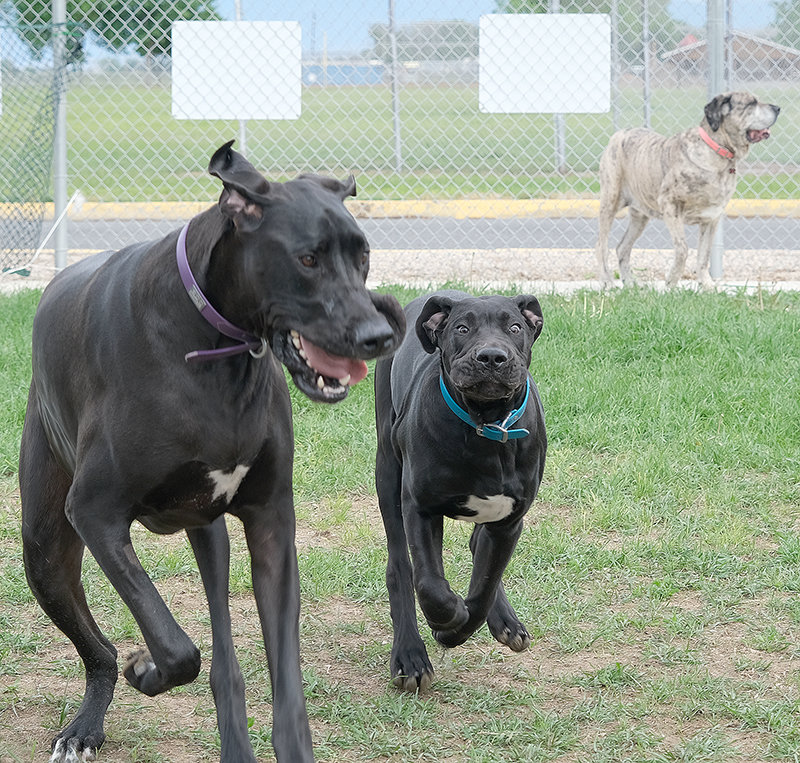 Horton’s two youngest dogs Diesel (left) and Ruger (right) burn off some steam, both dogs are under 2 years old and not fully matured.
Tribune photo by Braden Schiller
Previous Next
Posted Wednesday, June 22, 2022 8:25 am
By Braden Schiller

For years, Lisa Horton was not a dog person. The breed that turned her around averages between 100-200 pounds, slobbers all over and required her to install a bulletproof window.

Horton had bought the first Great Dane and mastiff mix — also known as danstiff — because her husband, who wanted the dog, couldn’t decide between a Great Dane or a mastiff. Horton  had never heard of the breed but found a local breeder, and has gone on to own four danstiffs within six years. In fact, she flew to California to purchase her most recent dog.

Her current roster of danstiffs include Tink — her oldest — Duke and a puppy named Ruger.

“Tink was supposed to be his dog. I bought it for him. It’s so funny, because no dogs were ever allowed in my house. I was a cat girl and didn’t even really like dogs,” Horton said. “Tink, she was such a sweetheart, such a love — and I fell in love with her. Then she became my dog. Then we got Diesel. Diesel was gorgeous, he was a black brindle ... he was 5 when he passed, and he was 225 pounds when he passed away.”

Danstiffs require many adjustments and accommodations to own but for Horton it’s worth it.

“I love [that] they’re very loyal, they’re very sweet, they’re very calm. You couldn’t have them be too rambunctious because they’re just so big that they’re hard to handle and you have to have a big enough car to transport them,” Horton said.

Horton says that the owners’ lifestyle has to change for the dogs that run $800-$1,500 each, require special food and will destroy an entire couch if they get too nervous when left alone.

“We’ve changed just everything to be around these dogs and you don’t even realize that you’re doing it, but they’re kind of needy. They love their humans,” Horton said. “They like to lean on you, they love to be petted, they’re super lovey dovey.”

When Horton’s first two danstiff’s, Tink and Diesel, decided they did not like the mailman, they once got so riled up they pushed her couch through the window as they were jumping up to examine the dreaded mailman. The solution was moving the couch away from the window and, of course, installing bulletproof glass.

“They’re like my kids, they’re my family. I just love them so much, they’re so sweet and they’re so loyal. My kids might be correct,” Horton said. “They think I probably like them more than my children, but they don’t beg for money and take my cars so there’s that. It’s just like having a kid you know. You can’t give it back. They’re going to do things, and what do you do?”