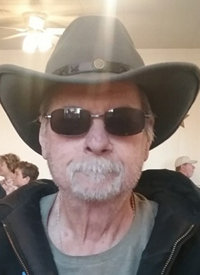 Laurence (Sam) Pedersen, aka Sammy Salsa, was called home to the Lord on Wednesday, May 11, 2022. Sam was a loving husband, father, and grandfather. He was a good man who lived a full life.

Sam was born in San Luis Obispo, California, on April 8, 1955, to Clarence and Betty Lou Pedersen. His family moved to Wibaux, Montana, in 1971, where he met his high school sweetheart, LaRae Weyer. They went on to marry on April 24, 1976.

He joined the United States Air Force in 1972, where he served for six years. They celebrated the birth of his first son, Jasen, during his service. He went on to have three more children, Tyrel, Kix and Telton, choosing to raise them in Wibaux. Eventually his work with Baker Hughes oil company prompted him and his family to move to Powell.

In Powell, Sam was famous for his “Sammy Salsa!” He enjoyed trying his hand at photography, working with his sons on old cars, family get-togethers, a good potluck meal, lefsa, playing cards, and shooting with his grandchildren at the local range.

Sam was passionate about many things. He loved people and enjoyed the art of conversation. He never met a stranger because he was always ready to start up a chat. He enjoyed life to the fullest and was always ready with some cheeky wit and a smile. He was a proponent of learning to fix or repair everything you could yourself, a skill he was able to pass on to his children.

Sam is survived by his wife LaRae; his children Jasen (Shaunna) of Laramie, Wyoming; Tyrel (Erin and children Lydia, Emma, and Ivy) of Cody, Wyoming; Kix Carter (Juston and children Auzzy and Kye) of Powell; and Telton (Schuylar) of Fort Lupton, Colorado. He is also survived by his siblings Cynthia Logan, Don (Donna) Pedersen, and Lorre (Lawrence) Streitz.

Family and friends gathered for a celebration of Sam’s life, with plans to spread his ashes as a family this summer.