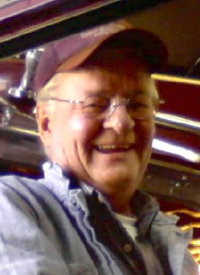 Kenny Whitlock, 65, passed away peacefully on Feb. 2, 2020, in his home, surrounded by family and close friends.

He was born in Powell on June 15, 1954, to Jack R. and LoRayne (Sorenson) Whitlock. He was the youngest of three children, graduating from Natrona County High School in 1972.

He was hard-working and quickly found his niche in the family business, Whitlock Trucking, working there for over 40 years. He proudly worked alongside his father Jack and brother Jackie. Together they built a stand-alone name in the business.

He married Becky Buchanan on April 14, 1979. They welcomed two daughters, Lindsey and Allyson. He was a devoted and loving father and enjoyed being surrounded by his family. Kenny cherished this time together with his family, spending summers at the lake and enjoying winter ski trips. Sunday dinners together with family were always a great way to start and end the week.

In 2002, he met his best friend Lynette, and their “adventure” began. They found they shared many mutual friends, and their paths had crossed many times in the past.

They married in 2008, continuing to be adventurous, whether it be a midnight hotshot load or an Alaskan cruise. They were always up for camping trips and being together with those they loved. Despite the many obstacles they overcame together, Kenny never complained, always saying “it’s just a walk in the park.” Their love and care for one another always shined, even if it was simply watching football or NASCAR races. As Kenny’s family grew, so did his love and dedication to them.

Kenny’s presence will always be missed. However, his love and kindness to others will always be remembered, not to mention the many funny and clever original sayings or “Kennyisms,” which he seemed to have for many of life’s interesting situations. These sayings always brought laughter and smiles (and sometimes confusion) to those unfamiliar, but always a bit of joy!

Burial service will take place at the Union Presbyterian Church at 329 N. Bent Street, in Powell on Feb. 8, 2020, at 11 a.m. In lieu of flowers please send donations to Donate Life Wyoming: www.donoralliance.org/contribute.